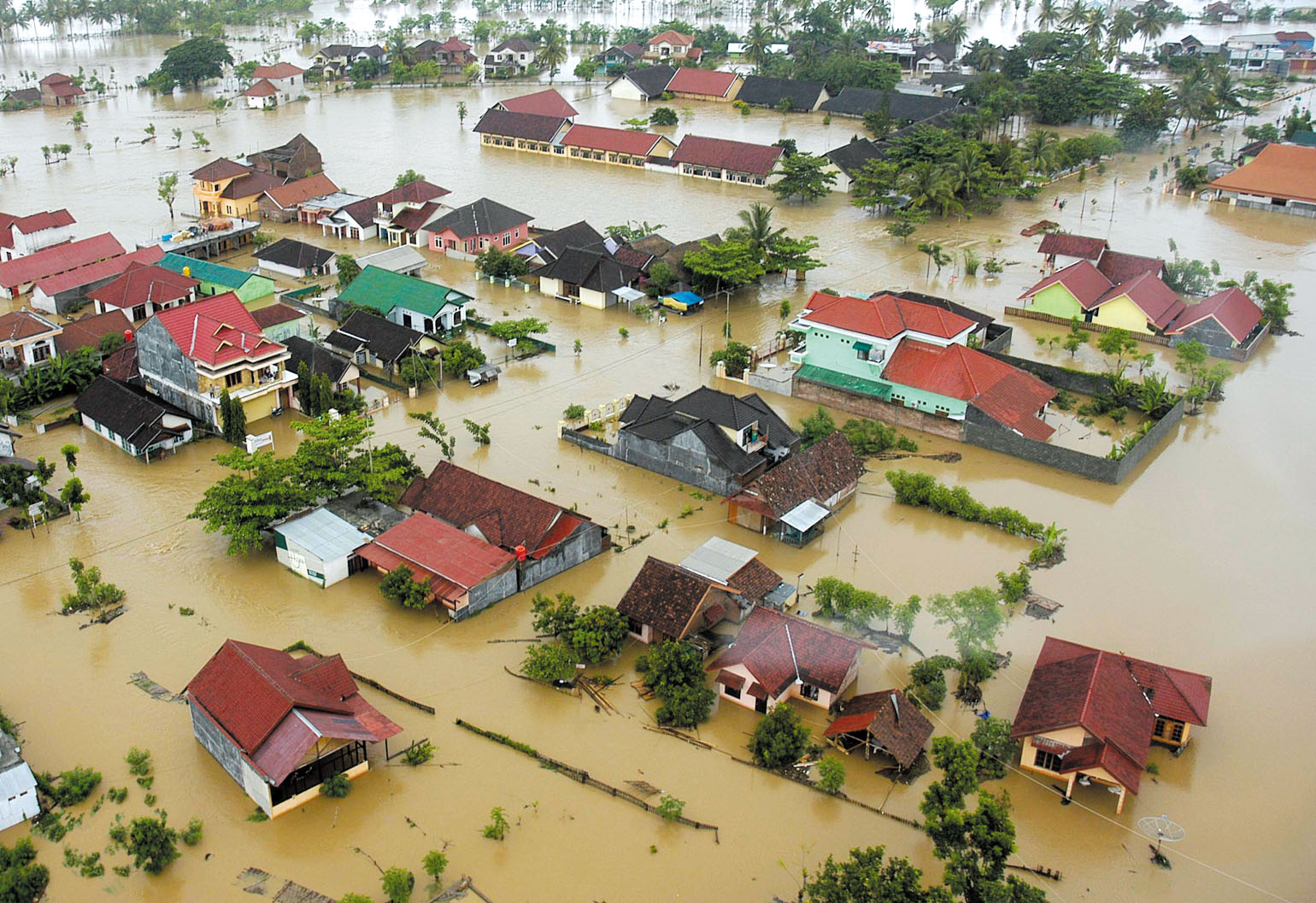 Indonesian rescuers pulled corpses from mud yesterday as they hunted for victims of landslides and floods on Java island that have left more than 130 people feared dead, officials said.
Landslides hit two districts in Central Java in the early hours of Wednesday morning, engulfing entire homes and blocking key access roads, while floods swelling in East Java swept away a bridge, leaving an estimated 50 missing.
Thousands of displaced people shifted into makeshift shelters at official buildings and houses of worship, as food aid was rushed from Jakarta.
In Central Java, hundreds of troops, police, local officials and residents used their hands, hoes and shovels to search for bodies, officials said.
In worst-hit Karanganyar district, the head of the local disaster management center Heru Aji Pratomo said two more bodies were pulled from the muddy wreckage of one landslide, bringing the number of bodies recovered to 38.
Twenty-eight people were still missing in the district, he told Agence France-Presse.
Pratomo said rescuers were "using four water pumps and plastic pipes to disperse mud as thick as five meters covering the bodies."
An access road was cleared to allow heavy machinery through, but the equipment had become stuck about three kilometers away, he said.
"The road is too steep and winding... We really need heavy machinery to pull out the buried bodies," he said.
An AFP correspondent on the scene at the district's Tawangmangu area said about 130 members of the elite army force Kopassus arrived yesterday to help the search. The weather had cleared, he said.
A witness in Tawangmangu said that the landslide had felt like an earthquake.
"Suddenly I felt my house shaking, and I thought it was an earthquake. When I got outside, I saw that the houses next to mine were already covered by earth," resident Siswo told AFP.
Twelve of his neighbors' homes were hit, he added.
In adjacent Wonogiri district, the head of the disaster management center Sri Mubadi told AFP that two more bodies were recovered, bringing the toll to six, with 11 missing, he said.
Only manual equipment was also being used here, he added.
In Jakarta, health ministry official Rustam Pakaya said by text message that five tons of instant meals and biscuits, 10 tons of baby food and several boats had been sent to the disaster zones.
He also said about 2,000 people were displaced by the East Java floods alone but gave no figures for Central Java.
Firebrand Islamic cleric Abu Bakar Bashir, who heads an organization advocating the adoption of Sharia law, toured a village in Karanganyar and said people had probably brought the disaster on themselves.
"This was likely caused by immoral acts going on here," 69-year-old Bashir told reporters during his 10-minute visit, without elaborating.
"This could be a lesson to be learned," he admonished.
Bashir served more than two years for his role in a "sinister conspiracy" that led to the 2002 Bali bombings which left 202 people dead. The Supreme Court last December overturned his conviction.
Indonesia has been repeatedly afflicted by deadly floods and landslides in recent years, with activists warning that logging and a failure to reforest denuded land in the world's fourth most populous country are often to blame.
But in Central Java, officials insisted deforestation was not to blame.