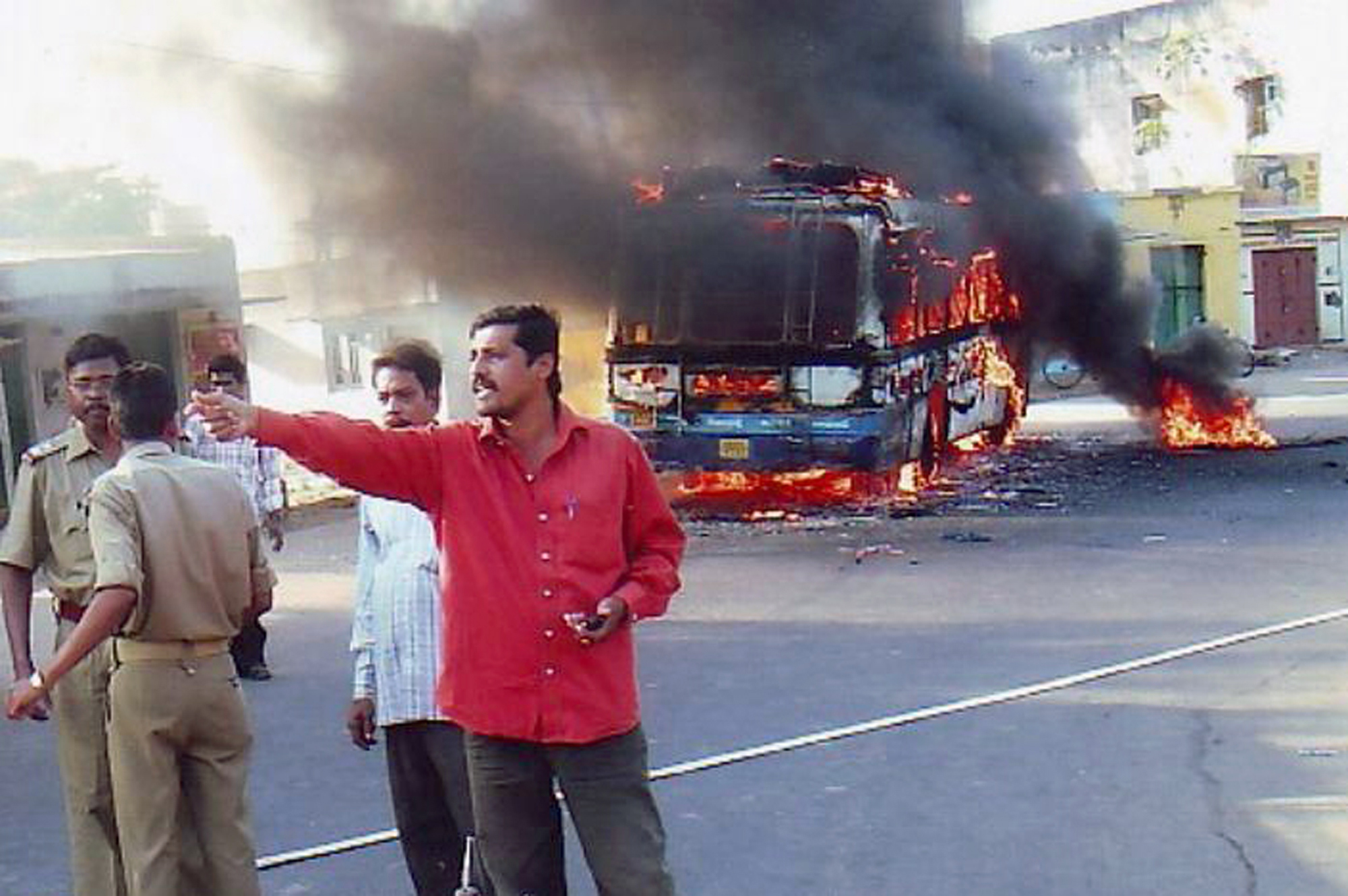 Hundreds of armed police patrolled parts of eastern India yesterday, enforcing a curfew that left the region tense but quiet after two days of attacks on Christians and churches by Hindu extremists.
Hard-line Hindus marred Christmas celebrations with attacks on Christian targets, ransacking and burning eight village churches in Orrisa state, in a corner of the country with a history of violence against Christians. One person was killed in the violence.
The curfew remained in place yesterday and extra police were deployed in the area to prevent violence flaring up again, Superintendent of Police Narsingh Bhol told The Associated Press by telephone.
"There have been no instances of violence for the last 16 hours. Things are starting to return to normal," he said yesterday morning.
Six village churches - most nothing more than mud-and-thatch houses - were torched Tuesday on the Christmas holiday, and two more were attacked Wednesday along with 10 houses belonging to Christians, said Bahugrahi Mahapatra, a government official.
India is overwhelmingly Hindu but officially secular. Religious minorities, such as Christians, who account for 2.5 percent of the country's 1.1. billion people, and Muslims, who make up 14 percent, often coexist peacefully. Some have risen to the highest levels of government and business.
But throughout India's history, both communities have faced repeated attacks from hard-line Hindus, with violence against Christians often directed at foreign missionaries and Hindu coverts to the religion.
Orissa has one of the worst histories of anti-Christian violence. An Australian missionary and his two sons, aged 8 and 10, were burned to death in their car in Orissa following a Bible study class in 1999.
Orissa is the only Indian state that has a law requiring people to obtain police permission before they change their religion. The law was intended to counter missionary work.
There were conflicting reports of what sparked the violence in the rural district of Kandhamal, about 1,350 kilometers southeast of New Delhi. Each side blamed the other.
The Hindu hard-liners said Christians had attempted to attack one of their leaders, 80-year-old Laxmanananda Saraswati of the Vishwa Hindu Parishad group, who leads an anti-conversion movement.
But the New Delhi-based Catholic Bishops Conference of India said the fighting Monday began when Hindu extremists objected to a show marking Christmas Eve, believing it was designed to encourage Hindus at the bottom of the religion's rigid caste hierarchy to convert to Christianity.