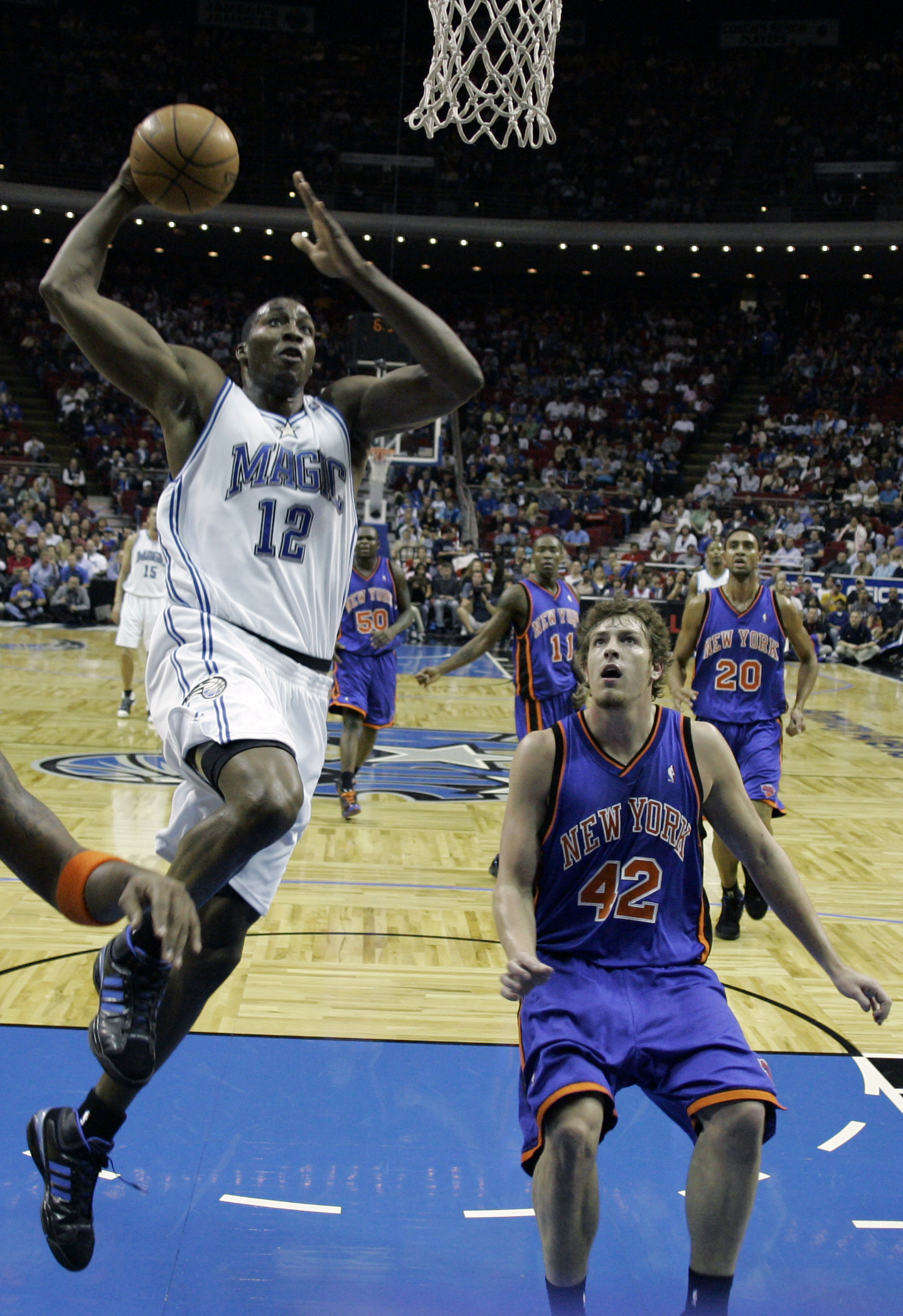 Only the Knicks could make a drastic lineup change and have it blow up in their face in two minutes and six seconds.
Only the Knicks could bench the wrong big man, anger both of them, bring the guy who should have been benched to begin with into the game after he'd sat for 34 minutes, and turn a three-point game into a blowout in the first 2 1/2 minutes of the fourth quarter.
Confused? So are the Knicks. So, evidently, is the coach. Nothing makes sense with this team anymore, not after Wednesday night's inexplicable 110-96 loss to the Orlando Magic.
"We're all just trying to find answers here," Knicks coach Isiah Thomas said.
Sure. Wrong ones.
Thomas' anticipated new lineup featured Jamal Crawford at point guard, Quentin Richardson at shooting guard, Jared Jeffries at small forward, David Lee at power forward, and Eddy Curry - not Zach Randolph - at center. Fred Jones joined a stunned Randolph on the bench to start the game.
It lasted the first 2:06 of the game, when Curry picked up his second foul and went to the bench for Randolph.
The Knicks (8-20) led by five after the first quarter (31-26) and by five at halftime (51-50), playing like an energized, cohesive team for once. Curry watched from the end of the bench, chilling like a keg of beer, for the rest of the first quarter, all of the second, and all of the third. Suddenly, Thomas sent him in to start the fourth.
"I was definitely cold going back in there, but I've got to do a better job," said Curry, who played 4:41 with two points, no rebounds, and one turnover. "In the future, if I ever get in that position, maybe I'll just tell him I need a minute or something. Give me a warning."
After going 1-for-2 from the field, Curry gave up a weak basket to Adonal Foyle and couldn't corral a defensive rebound. Back to the bench he went, replaced by Lee. "It's tough to sit over there and kind of wonder when you're going in and wondering if your name's going to be called," Curry said.
Before the game, Randolph said he was "shocked" when Thomas informed him during the morning stretch that he wouldn't be starting. Asked if he would try to play his way back in, Randolph uttered an expletive and said, "I ain't played my way out of it."
Even so, Randolph wound up only one rebound shy of his usual double-double, recording 22 points and nine rebounds in 33:07. Crawford had 29 points and eight assists, Lee 11 points and 14 rebounds, and Robinson 16 points - but no assists - in 25:51. Richardson was 3-for-12 from the field, including three air balls, for eight points in 36:29.
Neither Curry nor Randolph dared predict what lineup Thomas would pencil in for Sunday's game against the Bulls.
The Knicks did accomplish something quite difficult in their ninth loss in 11 games, holding Dwight Howard to 16 points on 4-for-6 shooting and still getting blown out.
Turkoglu slithered unimpeded to 26 points on 10-for-15 shooting, and Rashard Lewis had 25 points for his first 20-point game in two weeks. "It's almost like Murphy's Law with us right now," Malik Rose said.
"Whatever bad can happen is happening. We've just got to hang tight and weather the storm. All things always have ... most things have a way of evening themselves out."
Most things, but maybe not this thing.