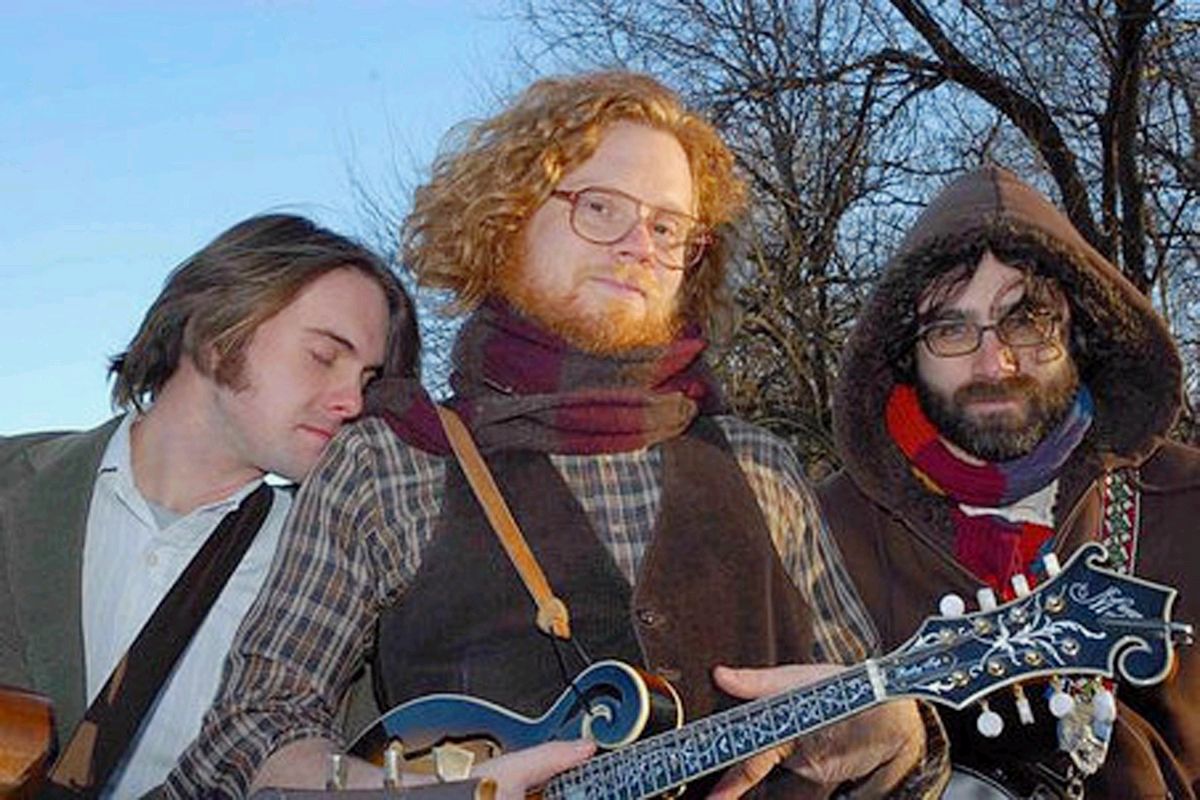 A couple of years ago, before they were reborn as acoustic act Hoots & Hellmouth, Sean Hoots and Andrew Gray had grown weary of what Hoots calls "the rock 'n' roll game."
"We both had similar experiences," says Hoots, 32, speaking from his apartment in Philadelphia. "We were tired of the whole rock ethos, where image and what's hip are larger than the music."
Hoots, a North Carolina native who holds a philosophy and religious studies degree from West Chester University, had just spent five years in Pilot Round the Sun, a loud rock group featuring his soulful vocals. From 2000 to 2005, the band cut three albums and toured the country.
Gray, a Springfield Township, Pennsylvania, native who has a degree in secondary education from West Chester, was coming off a four-year stint as guitarist in Mid Iron Blast Shaft, a crazy loud post-punk rock group.
Neither performer was quite ready to give up on playing music, however.
Fortunately for both, a mutual friend, Max Spiegel, was running an open-mike night at a West Chester coffeeshop called Fennario, so Hoots and Gray got to hear each other play.
"We realized our two styles really clicked," recalls Hoots. "Mine was soulful, gospel-influenced stomp. His was laid-back, mellow finger-picking. They were yin and yang approaches, so we decided to combine them."
One thing was paramount, however: The two would play only for the sheer enjoyment of making music.
The duo was unintentionally christened Hoots & Hellmouth by Spiegel one night as he called the two musicians to the stage. (Hellmouth is Gray's nickname).
Eventually Hoots & Hellmouth became a trio, adding mandolin player Rob Berliner, a New Jersey native who had played with Hoots in Pilot Round the Sun after graduating from the University of Delaware with a communications degree.
Over the last year, Hoots & Hellmouth has become a hot commodity in Americana circles, touring all over the Northeast and in the South and performing at the 2006 Philadelphia Folk Festival (where they earned a standing ovation).
In April, Hoots & Hellmouth released a self-titled debut, which has further raised the group's profile, and in July, radio station WXPN designated H&H its "Artist To Watch" for the month.
On its latest round of concerts, H&H is previewing material slated for the group's sophomore CD. "Right now, live, we don't have a drummer," points out Hoots. "It's just guitar, mandolin and a big bass - and plywood planks we stomp on."
One of the new songs is "Just You and All of Us," which Hoots describes as "having an old string-band vibe, bouncy and soulful."
"It's about people in the country sick of living in the country who move to the city to escape, and vice versa, and then realizing they might as well get used to the fact they're going to have to be around people no matter what and deal with people," he says. "It's me saying I'd like to make the world a little bigger."
Another is "Dishpan Hands," written by Gray and possessing, according to Hoots, "the pacing of an Otis Redding ballad."
"The first line is brilliant - 'In this kitchen all I see, are a thousand dishes and me,' " says Hoots. "It's a picture of domesticity, but not too much."
The group started recording its first proper CD, "Hoots & Hellmouth," in June 2006 for Mad Dragon Records, which is part of Drexel University's music industry program.
"We were experimenting with a bigger band, using three sisters as backup vocalists on some songs," says Hoots. "Before, we had always been ragtag. This required a little more focus."
The multi-faceted disc is being played on more than 200 radio stations across the country, says Hoots. "We're starting to get some traction in the South. Louisville, Kentucky, is quite an awesome market."
Among the more notable H&H songs is the punk-hyper gospel tune "Want on Nothing." "It's one of those songs that whips people up and gets them caught up in the madness and fury of what we bring," says Hoots.
Then there's the engaging, mandolin-flecked "Home in a Boxcar," which has a country-ish vibe. "It's an ode to the van, life on the road," says Hoots.
The melancholy-tinged "The Good I Know You Know" and the Pogues-like "Home for Supper" showcase H&H's folk and Celtic affinities, respectively, as well as Hoots' inclusive philosophy.
But perhaps the most personal track is "Forks and Knives," which, Hoots says, is "kind of like a pep talk to myself, me getting back to what this music means to me.
"We've grown up in an atmosphere where music is big business. It's a product-based mentality. This song references a time before that, when music was made for a variety of other reasons. ... To me, music is something more than just a product or a cog in an industry."