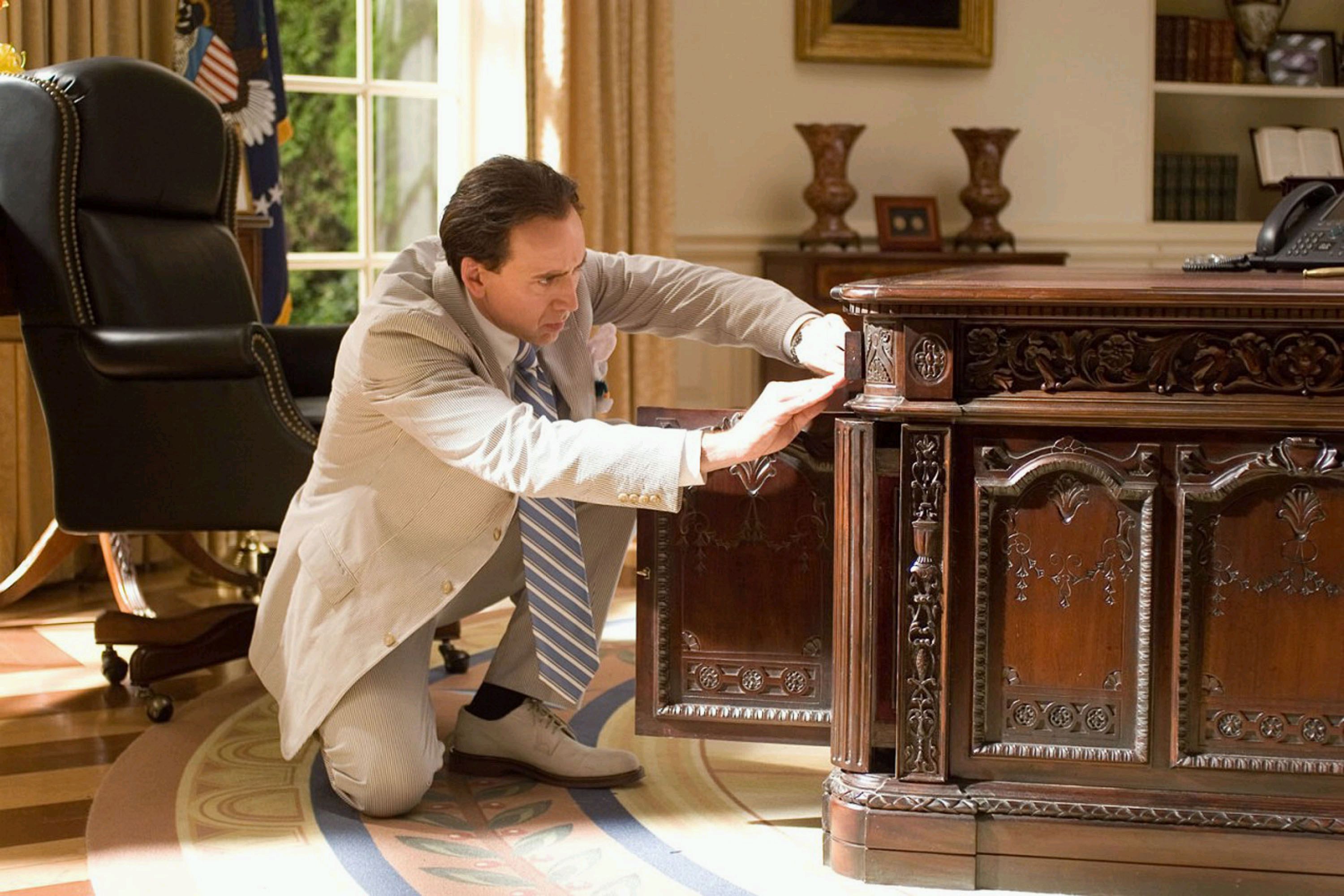 Nicolas Cage has never wanted to repeat himself, at least when it comes to his selection of movie roles.
The lack of film sequels on his resume is not from a lack of potential opportunities. He had box-office success with films such as "Con Air," "Gone in 60 Seconds" and "The Rock." It would have been easy for Cage to revisit those roles.
But year after year, the Oscar-winning Cage never went back to any of those roles or any other movie from his lengthy past.
Now that's changed.
With "National Treasure 2: Book of Secrets" scheduled to open Friday, Cage crawls back into the cinematic skin of Benjamin Franklin Gates. The 2004 release "National Treasure" introduced the master of historical puzzles.
This time around the adventurer follows clues connected to national monuments and historical items that lead Cage's character and his fellow adventurers to England, France, the White House and Mount Rushmore.
Cage used one simple yardstick to decide that "National Treasure" would be the movie that leads to his first sequel.
"I do believe that, if you're going to do a sequel, it has to promise to be better than the original, or at least as good. Largely, the fear with sequels is that people get lazy. They realize they have a winner, and then they just throw money at it and they don't care," Cage says during an interview at the Beverly Hilton Hotel.
Cage is a soft-spoken man. He picks his words like an antique dealer selects furniture. Each comment feels examined as if to make sure that each syllable is as real as possible.
Make no mistake, Cage's soft-spoken demeanor does not take away from the passion that comes through when he talks about the project, his career and especially his family.
So Cage attacked the potential of doing a sequel with loads of questions. No. 1 on his list was how the storyline would be made to be more interesting than the original. He wanted to make sure that his character would show the growth that would have come with the years that have passed since the first film.
Cage liked what he heard.
"The character has changed. I seem lighter and I'm smiling more and I'm happier. I think the weight has been taken off of the character because he's been accepted academically. He's not considered a wacko anymore, like he was in the first movie. And so, he feels happier," Cage says.
And that makes Cage happier.
If you are searching for clues to why Cage is feeling good about his own life, you need look no further than his son, Kal-el Coppola Cage, born in 2005. Cage explains that the main change in his life in recent years has been that his priorities have improved.
The 43-year-old Long Beach, California, native made his first film when he was 17. Back then motorcycles and a fast life were his passions. Now he is content to sit at home and read a good book. He calls being with his family as the real treasure of his life.
"Children, to me, are of the utmost importance. They're really the future, aren't they? So, I want to treat that carefully. I'm one of those people that believes that the power of film is intense, and you have to really think about it, responsibly," Cage says. "In this case, you want them to enjoy themselves with mom and dad, or the whole family, and also get them to look in their history books in a way that isn't, 'Oh, you must read, and you must learn."
Cage finds himself thinking more about the movies he makes and the impact they can have, especially on the young audience that found his "National Treasure."
This probably won't be Cage's last sequel. He's willing to make a follow-up to "Ghost Rider." All he needs is a call from the studio.
And Cage would even do another "National Treasure" sequel. But if there is a third, he would like it to be "International Treasure."