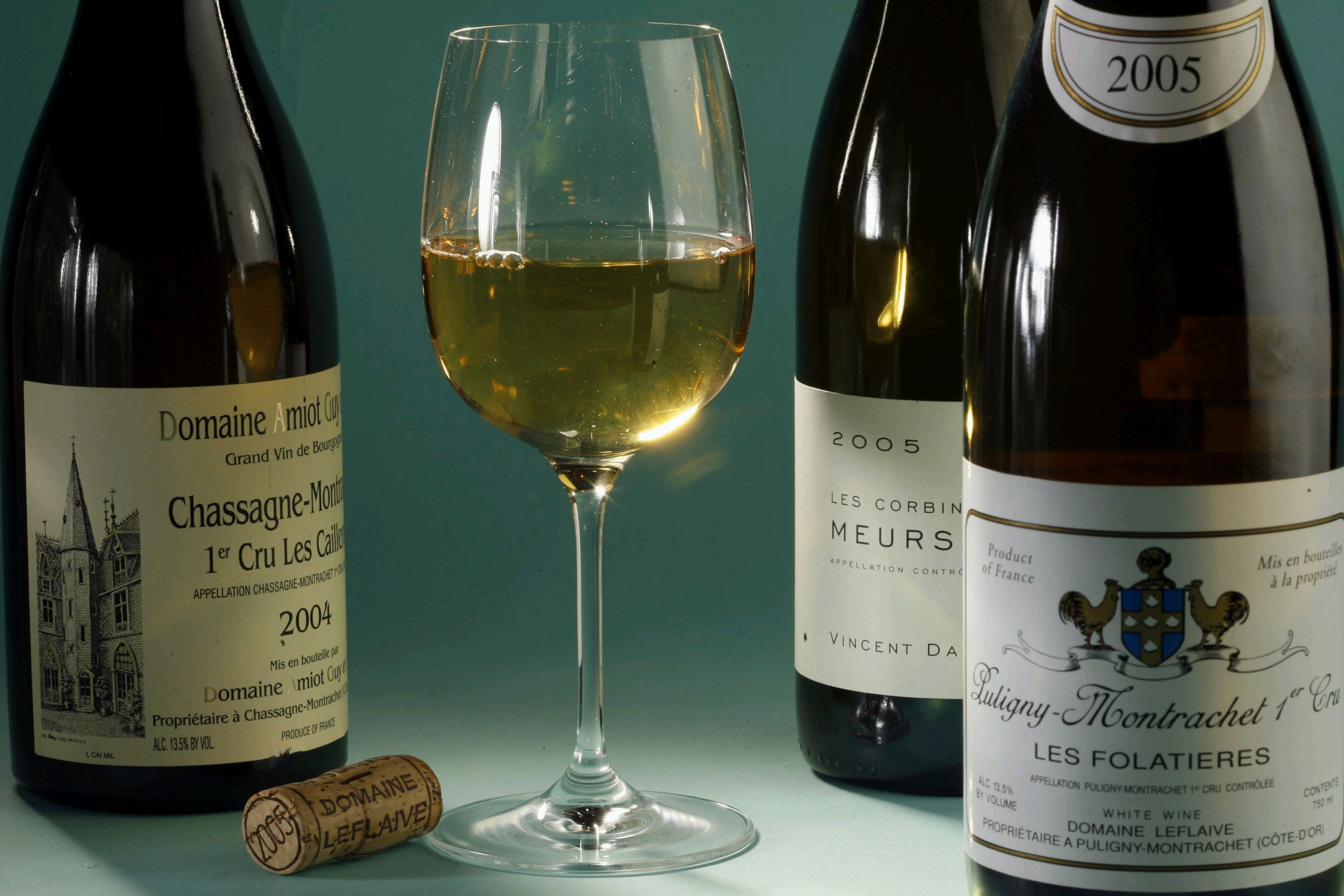 Many people think only of big reds when it comes to holiday dining and entertaining. And these bold, pricey wines certainly can work with prime rib, ham and goose. But this is also a season when seafood shines. Costly crustaceans, like lobster, crab and scallops, give celebratory meals an extra, glossy richness.
Time to find a white worthy of the occasion. Turn to France, specifically Burgundy, for whites considered among the world's best. Go for a Corton-Charlemagne (kor-TAWN shahr-luh-MAHN-yuh), a Puligny-Montrachet (pew-lee-NYEE mawn-rah-SHAY), a Meursault (mehr-SOH) or a Chassagne-Montrachet (sha-SAHN-yuh mawn-raw-SHAY). Or, at a somewhat more affordable level, consider Chablis (sha-BLEE) or a Pouilly-Fuisse (poo-yee fwee-SAY).
Be prepared, though, to pay for the pleasure. Some of these wines are quite costly, starting in the upper US$20s and reaching well into the hundreds of dollars.
"I think when you're spending a ridiculous amount of money on lobster, you should spend a ridiculous amount of money on wine," quipped Howard Silverman of Howard's Wine Cellar in Chicago.
Both Silverman and Mike Baker of Chicago's Wine Discount Center think the price is worth it.
"Once you taste a truly great bottle of chardonnay from Burgundy, chances are you are going to be bitten by that bug," Baker said.
Entry-level Burgundies can represent good value and offer a glimpse of what all the fuss is about, but Baker said the "whole package" - flavor, character, texture - can't be achieved in entry-level wines.
Great white Burgundies also are meant for aging, from seven to 10 years or more. While drinking those 2004 and 2005 vintages may be fun and, Baker said, educational, the wines will be ideal years from now.
"The original fruit flavor will be there but you'll get these tertiary flavors, flavors of honey and nuts and some darker flavors," he said.
These flavors can be extremely powerful, which is why Burgundian whites can handle being aged in new oak barrels when their California counterparts often cannot.
But don't despair if you don't have some old Burgundies sleeping down in the cellar. While the 2004 and 2005 vintages need aging, Baker said some 2002s are just beginning to reach their peak. And 2003s are ready now because a hot summer made these whites fatter and rounder.
What to buy? White Burgundies come in a variety of quality levels, from generic, regional and village designations to premier cru and the top-ranked grand crus. Where the best whites come from is also widely known: the Cote de Beaune.
Joe Alter, co-owner of The Bottle Shop in Winnetka, Illinois, with Amy Lafontant, said they return over and over again to "that exalted 3-1/2-mile wedge of exposed limestone that links the villages of Meursault, Puligny-Montrachet and Chassagne-Montrachet" for "captivating and splurge-worthy" whites.
Daniel Johnnes, beverage director of Daniel in New York City, offered the following advice in "What to Drink with What You Eat," by Andrew Dornenburg and Karen Page: "Look for producers who are tried and true. They may be wines you have previously tasted and enjoyed, or you can ask sommeliers and wine merchants, or read reviews in various publications. Equate a Burgundy to another crafted product like a handmade pair of shoes. Look for the name of the producer. ... When they put their name on the bottle, they're very proud."
How to serve your expensive wine? Here's advice from Silverman:
"I tell my clients to decant their chardonnay an hour ahead and try to drink it as close to 55 degrees, which is cellar temperature," he said. "The wines suffer from too much coldness."
Don't be scared if a vintage Burgundy smells old or oxidized, at least at first. Silverman said most will open up and the aroma will clear up. And do remember to decant the younger whites; their high acidity needs time to mellow, he said.
"Anybody who has had a great white Burgundy and let it warm up and get exposed to air finds it's incredible," he added.
Clustered together in the southern part of Burgundy's Cote de Beaune are the wine regions of Meursault, Chassagne-Montrachet and Puligny-Montrachet. These districts grow some of the most famous white wines in the world - and prices reflect that notoriety. The Good Eating taste panel tried five wines from the regions in an informal blind tasting. The wines were young but interesting, with much potential to be fulfilled.
2005 Vincent Dancer Meursault Les Corbins: Subdued fruit, plenty of minerality and notes of wet stone and pear. Rich mouthfeel. Serve with fish stew, raw oysters, crab in cream sauce. 3 corks. US$53
2005 Domaine Leflaive Puligny-Montrachet 1er Cru Les Folatieres: Pale in color, slight mushroom aroma, with flavor notes of stone, hay and earth. Short, buttery finish. Serve with fried fish, roast pheasant. 3 corks. US$79
2004 Domaine Amiot Guy et Fils Chassagne-Montrachet 1er Cru Les Caillerets: Nuanced flavor of wet stone, fresh herbs and toasted oak. Serve with boiled lobster, lobster bisque, nut-crusted halibut. 3 corks. US$55
2004 Paul Garaudet Meursault Vieilles Vignes: Strong butterscotch note with a tangy burst of pineapple; great golden color. Serve with crab, scallops, roast chicken with mushrooms. 2 corks. US$52
2004 Henri Darnat Puligny-Montrachet: Very dry, lemony. Snappy finish with lots of acidity, notes of pineapple and butter. Serve with stuffed flounder, smoked salmon, shrimp de Jonghe. 2 corks. US$43