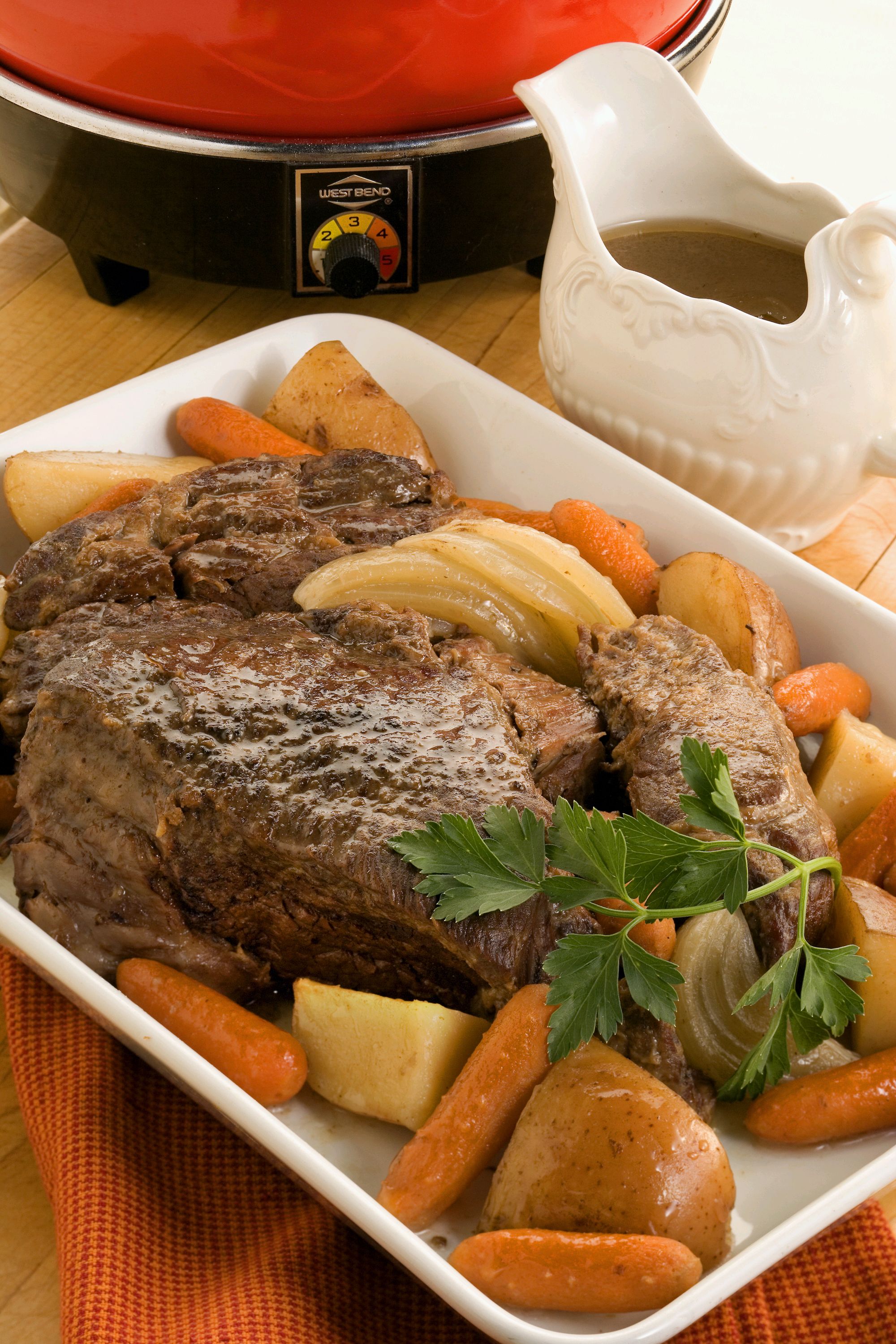 There's a lot of hoity-toity food around these days, and we like a lot of it.
On the other hand, there is much to be said for voluntary simplicity. Consider the good old-fashioned Yankee pot roast. Here it is, a meal (almost) in a single pot. Seasoned only with salt and pepper, the pot roast includes a little cider vinegar to tenderize the beef and add a teensy tang.
Put it all in the slow cooker on Saturday or Sunday morning and go about your day. You can relax, knowing that dinner is taken care of. If you're lucky enough to have a slow cooker with a removable insert, you could even assemble this on a weeknight, chill it overnight and turn it on before you go out for the day.
If you don't have a slow cooker, you can make the stew in a Dutch oven and cook in the oven for about 2-1/2 hours at 325 degrees Fahrenheit.
OLD-FASHIONED POT ROAST
(Makes 8 servings)
1 cup all-purpose flour
1 teaspoon salt
Freshly ground pepper
1 beef chuck roast, 2-1/2 to 3 pounds, trimmed
3 tablespoons vegetable oil
1 cup beef or chicken broth
2 tablespoons quick-mixing flour, such as Wondra
8 red potatoes, halved
8 small carrots
2 yellow onions, quartered
1/3 cup apple cider vinegar
1. Combine the all-purpose flour, salt and pepper to taste in a large resealable plastic bag. Add the meat; seal. Shake until evenly coated.
2. Heat the oil in a large skillet over medium-high heat; add the meat. Cook, turning occasionally, until browned on all sides, about 15 minutes. Meanwhile, combine the broth and quick-mixing flour in a small bowl until smooth. Transfer the meat to a slow cooker.
3. Arrange the potatoes, carrots and onions on top of the meat; pour in the broth mixture and vinegar. Cover; cook on low until the meat is very tender, about 8 hours. Skim off fat.