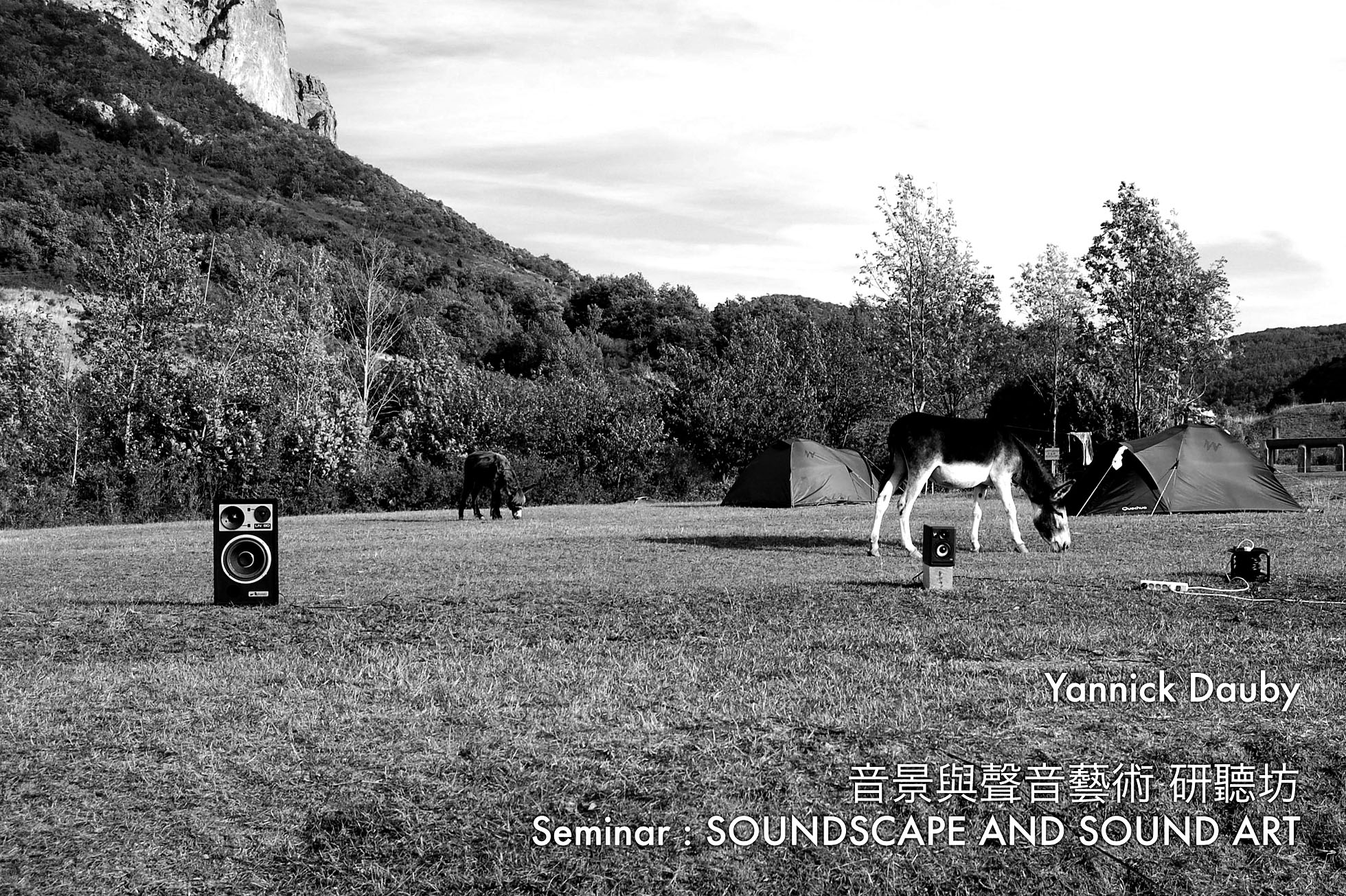 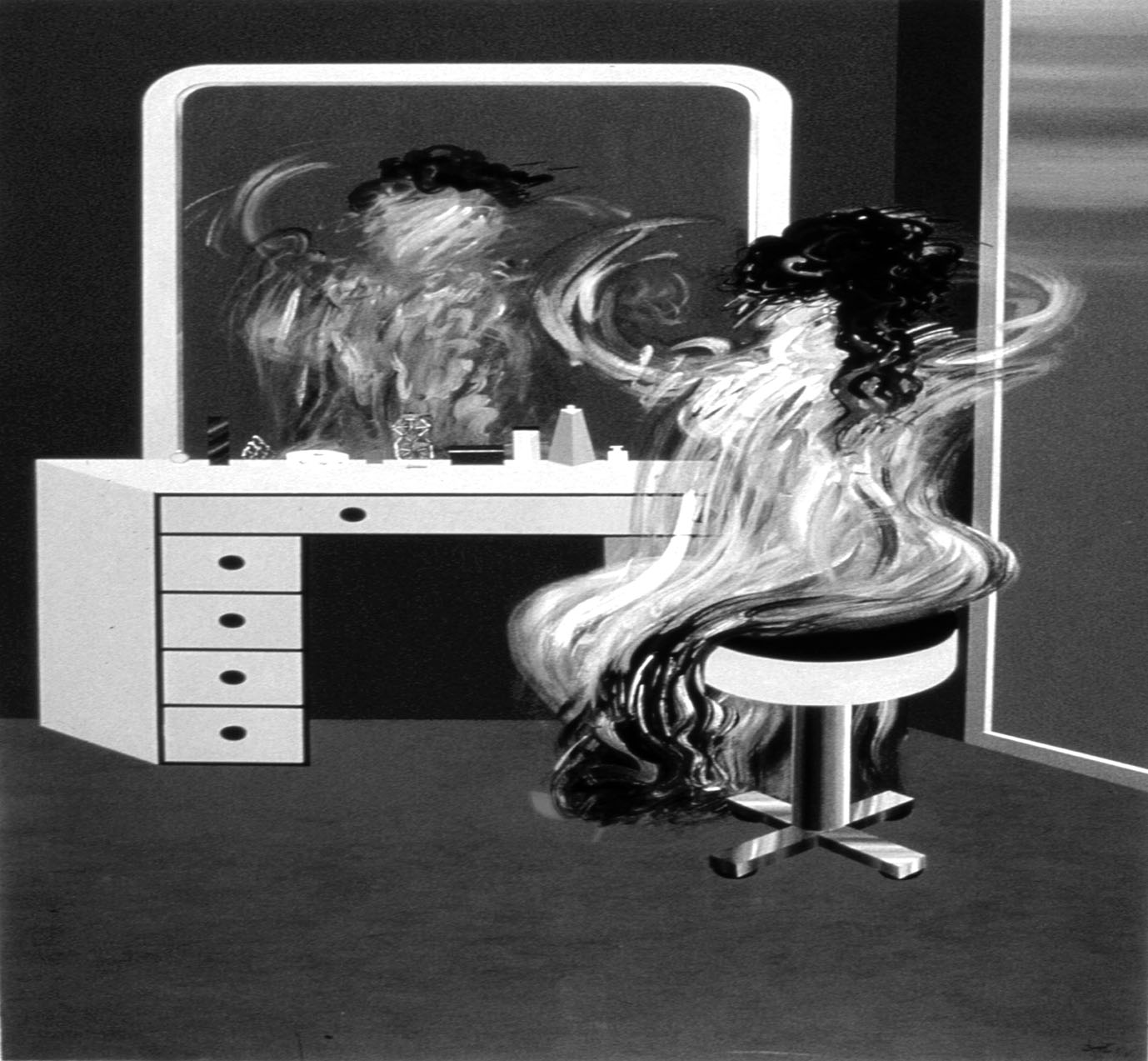 December 22 and 23
Yannick Dauby's Soundscape and Sound Art will kick off at Taipei Artist Village 台北國際藝術村 (No.7 Beiping East Rd., Taipei台北市北平東路7號; Tel: 02-3393-7377) on December 29 (Sat). Soundscape and Sound Art, a seminar about sound environment and some artistic practices based on listening, examines questions such as: Do places have an auditory equivalent of the visual landscape? How do we perceive their sounds? How do we build relationships with locations through listening? Human listening has been transformed by the invention of audio recording technology. Loudspeakers and microphones have become part of our means of perception. Soundtrack, music and sound signals are played everywhere, from shopping malls to contemporary art exhibitions. But soundart is sound that is not just an accompaniment but also creates a shift in our perception, a special relationship to time and space through listening. This seminar will introduce to the audience to discover some of the meeting points between soundscape, sound art, phonography, experimental music and environmental studies. Based on discussions about these concepts and presentations of related works, it will be an immersion into an active listening of a selection of field recordings and sound creations by international artists and researchers. Target Audience：People with an interest in or a point of view about environment, art and/or musical practices and audio technology. Discussions will be in English and Mandarin Chinese. This workshop will be held in English and Chinese. Seats are limited. Register now by calling 02-33937377*105 or aggietseng@artistvillage.org. Look for Miss Tseng. Admission is NT$150.
December 28 to March 2, 2008
Surrealists in Taiwan is on display at Taipei Fine Arts Museum 台北市立美術館 (No. 181-1, Zhong-shan N. Road, Sec. 3, Taipei 台北市中山北路三段181之一號; Tel:02-2595-7656) until March 2, 2008. Surrealism is an important contemporary art in the 20th century. The movement in the mid-1920s was characterized by meetings in cafes where the Surrealists played collaborative drawing games and discussed the theories of Surrealism. The Surrealists developed techniques such as automatic drawing. Breton initially doubted that visual arts could even be useful in the Surrealist movement since they appeared to be less malleable and open to chance and automatism. This caution was overcome by the discovery of such techniques as frottage, and decalcomania. Soon more visual artists joined the Surrealism movement, including Giorgio de Chirico, Salvador Dali, Enrico Donati, Alberto Giacometti, Valentine Hugo, Meret Oppenheim, Toyen, Gregoire Michonze, and Luis Bunuel. Though Breton admired Pablo Picasso and Marcel Duchamp and courted them to join the movement, they remained peripheral.More writers also joined, including former Dada leader Tristan Tzara, Rene Char, Georges Sadoul, Andre Thirion and Maurice Heine. In 1925 an autonomous Surrealist group formed in Brussels becoming official in 1926. Surrealism originates from the conflicts between reality and dream. Artists release their primitive impulses and, with irrational thoughts accompanied with sub-consciousness and rebellious spirits, pursue the strange visions lying beneath the objective reality. Contradictions entangled between reality and dream will evolve to become absolute reality. This museum’s holding of the “Surrealist Art Exhibition in Taiwan” seeks to probe into the profound and multicultural pictorial thoughts. The exhibition is expected to invite some tens of artists with up to a hundred brilliant surrealist works for an abundant visual presentation.