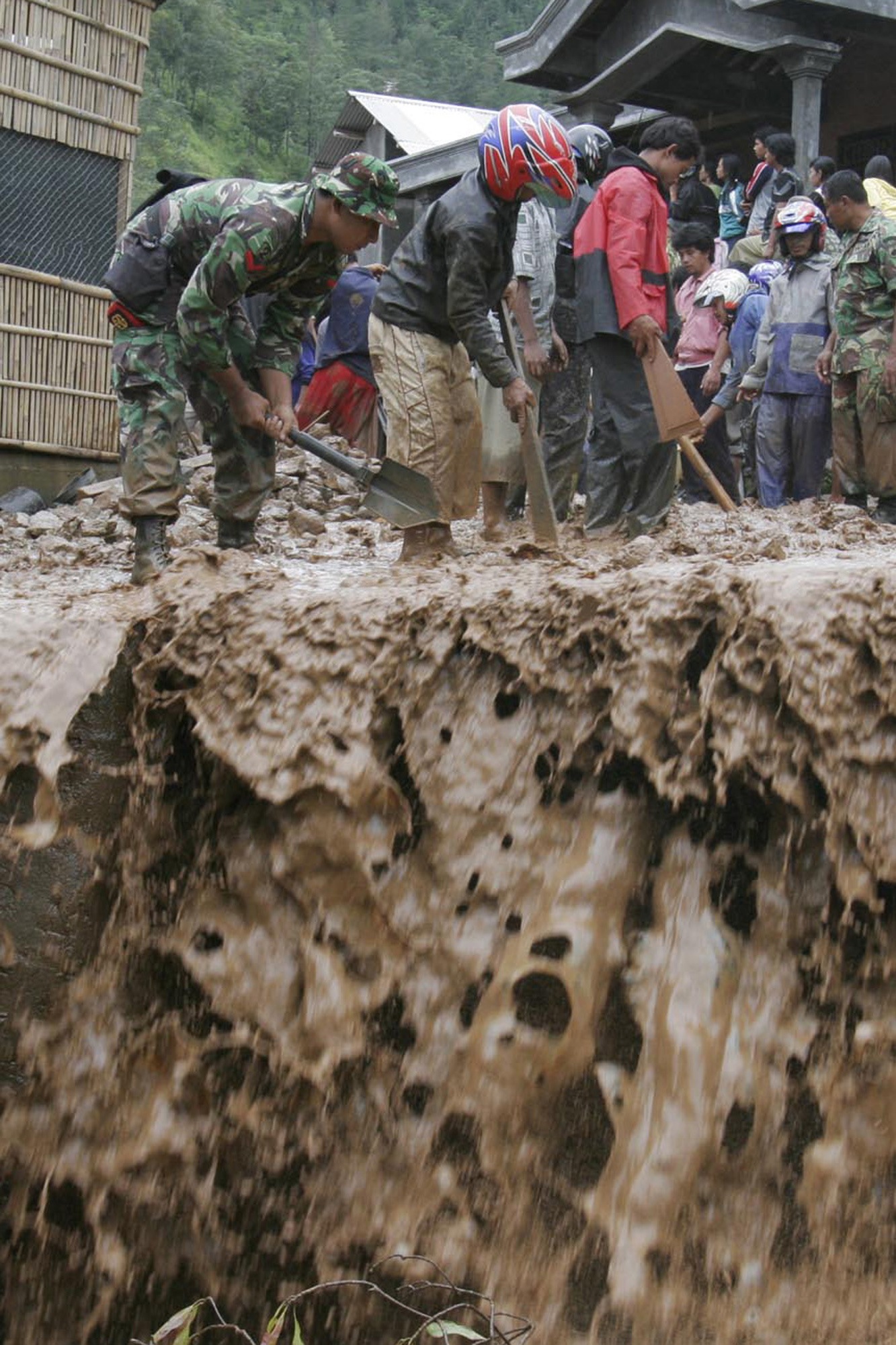 Days of torrential rain triggered landslides that killed up to 78 people in western Indonesia yesterday - many as they took part in a late-night dinner celebrating the cleanup of a mud-covered home, a rescue official said.
Hundreds of soldiers, police and volunteers were trying to get heavy-lifting equipment to affected villages on the main island of Java, said search and rescue chief Eko Prayitno, but blocked roads were hampering their efforts.
Some dug with bare hands through mountains of mud in search of survivors.
In the most deadly incident, a landslide tumbled onto villagers who were celebrating after clearing mud from an inundated home in Karanganyar district.
"They were having dinner together when they were hit by another landslide," Prayitno said. "At least 61 people were buried."
In nearby Wonogiri district, 17 people were feared dead when landslides hit their homes following 12 hours of nonstop rain.
The disasters occurred on the third anniversary of the Asian tsunami, which killed 230,000 people in a dozen nations. Two-thirds of those deaths occurred on neighboring Sumatra island, more than 2,300 kilometers away. A tsunami warning drill on Java was unaffected by yesterday's landslides.
Seasonal rains and high tides in recent days have caused widespread flooding across much of Indonesia - the world's fourth most-populous nation - where millions of people live in mountainous regions and near fertile flood plains close to rivers.
Thousands of houses were inundated yesterday, from Java to Sumatra to Sulawesi island, further east, witnesses and media reports said. Residents tried to salvage valued possessions from the rising waters, some using tires to float televisions and refrigerators to higher ground.