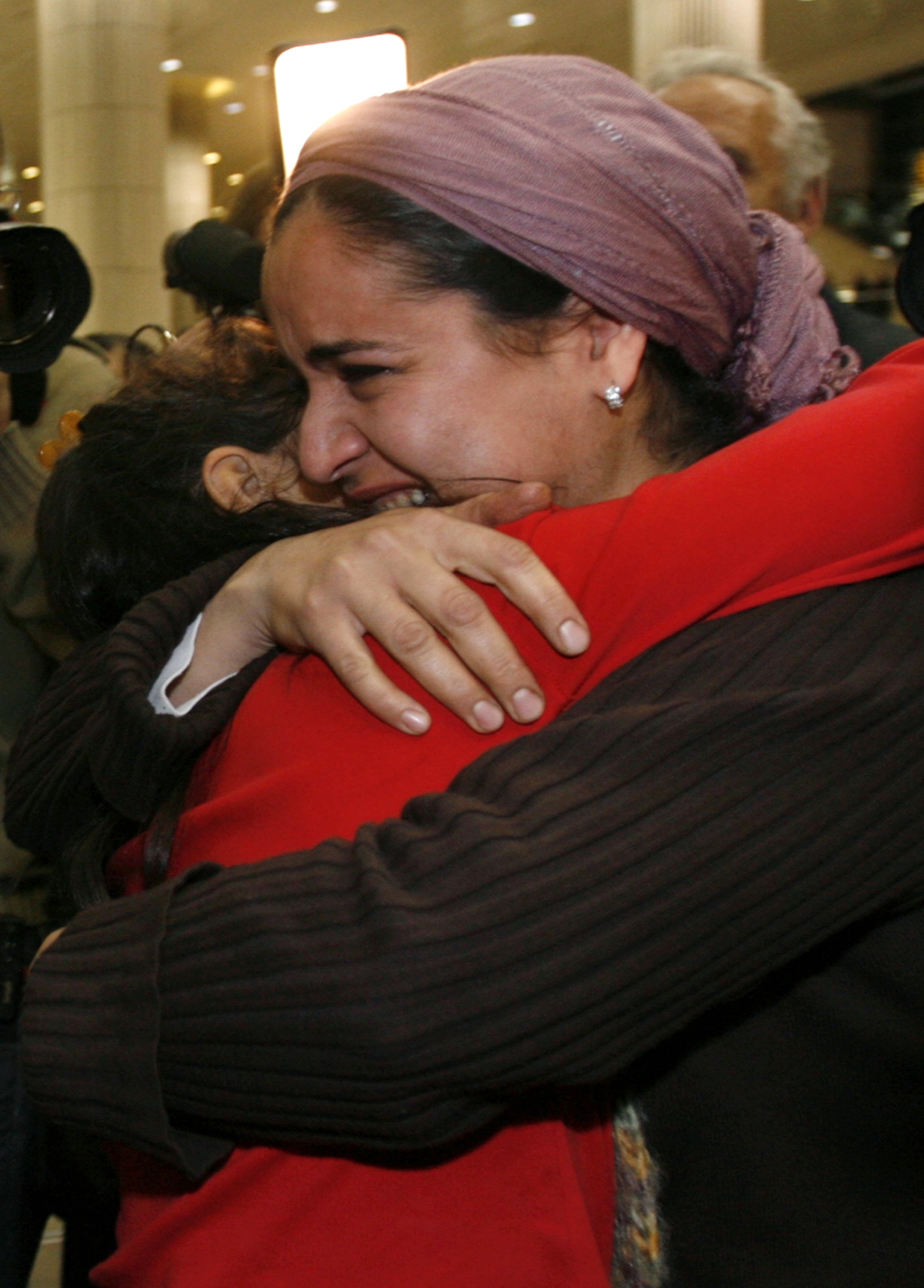 A top Iranian Jewish community leader yesterday described the recent immigration of 40 Iranian Jews to Israel as a "misinformation campaign" and insisted that Jews living in the Islamic Republic were not in danger under under hard-line policies of President Mahmoud Ahmadinejad.
The 40 Iranians landed in Israel on Tuesday after a secret journey to the Jewish state. No details about their route of exit from Iran were given, but it was assumed they came through a third country.
Ciamak Morsathegh, who heads the Tehran Jewish Committee, claimed yesterday that the immigrants were not Iranian because pictures broadcast on television in Israel on Tuesday did not show their faces. In Israel, the broadcasters did not show their faces because there was concern that publicity could lead to harm of Jews still in Iran.
"This is a misinformation campaign, a campaign of lies against Iran and its Jewish community. We can't confirm that 40 Iranian Jews landed in Israel," Morsathegh told The Associated Press.
A joint statement signed by Morsathegh and Morris Motamed, the only Jewish lawmaker in the Iranian parliament, also said the Iranian Jews have never been part of any "organized immigration" to Israel.
The operation to Israel was sponsored by the International Fellowship of Christians and Jews, a charity that funnels millions of dollars from evangelical donors each year.
Yehiel Eckstein, a rabbi who founded the fellowship, said each immigrant receives US$10,000 from the group to help get them started in Israel. He has warned that the situation facing Iranian Jews is critical, because of the attitude of Ahmadinejad, who has called for Israel to be "wiped off the map."
Though Iran doesn't recognize Israel, and Iranian citizens are not legally authorized to travel to the Jewish state, Morsathegh insisted Jews in Iran are not in danger.
Iran's Jewish community of about 25,000 people is protected by the country's constitution and remains the largest in the Muslim Middle East. Synagogues, Jewish schools and stores operate openly. Morsathegh said in Tehran there are 20 synagogues, eight butchers, five schools, four youth organizations and two restaurants. Morsathegh said Iranians, including Jews, immigrated from Iran following the 1979 Islamic revolution that brought hard-line clerics to power but said there had not been an exodus of Jews from Iran in recent years.
"We are one of the oldest communities in Iran. We are free to practice our religion. Anti-Semitism is a Western phenomenon but Jews have never been in danger in Iran," said Morsathegh, who spoke in his office in the Sapir Charity Hospital, which is run by Iranian Jews.
Morsathegh said Iran's Jewish community disagreed with hard-line Ahmadinejad when he called the Holocaust a "myth" but insisted his policies do not endanger Iran's Jewish minority.
While some of the Iranian Jewish immigrants in Israel were quoted as saying that they scared to wear a skullcap in the streets in Iran, Morsathegh said it was "sheer lies."
"We are Iranian Jews and are proud of our nationality. No amount of money can encourage us to give up Iran. Our nationality is not up for sale," Morsathegh said.