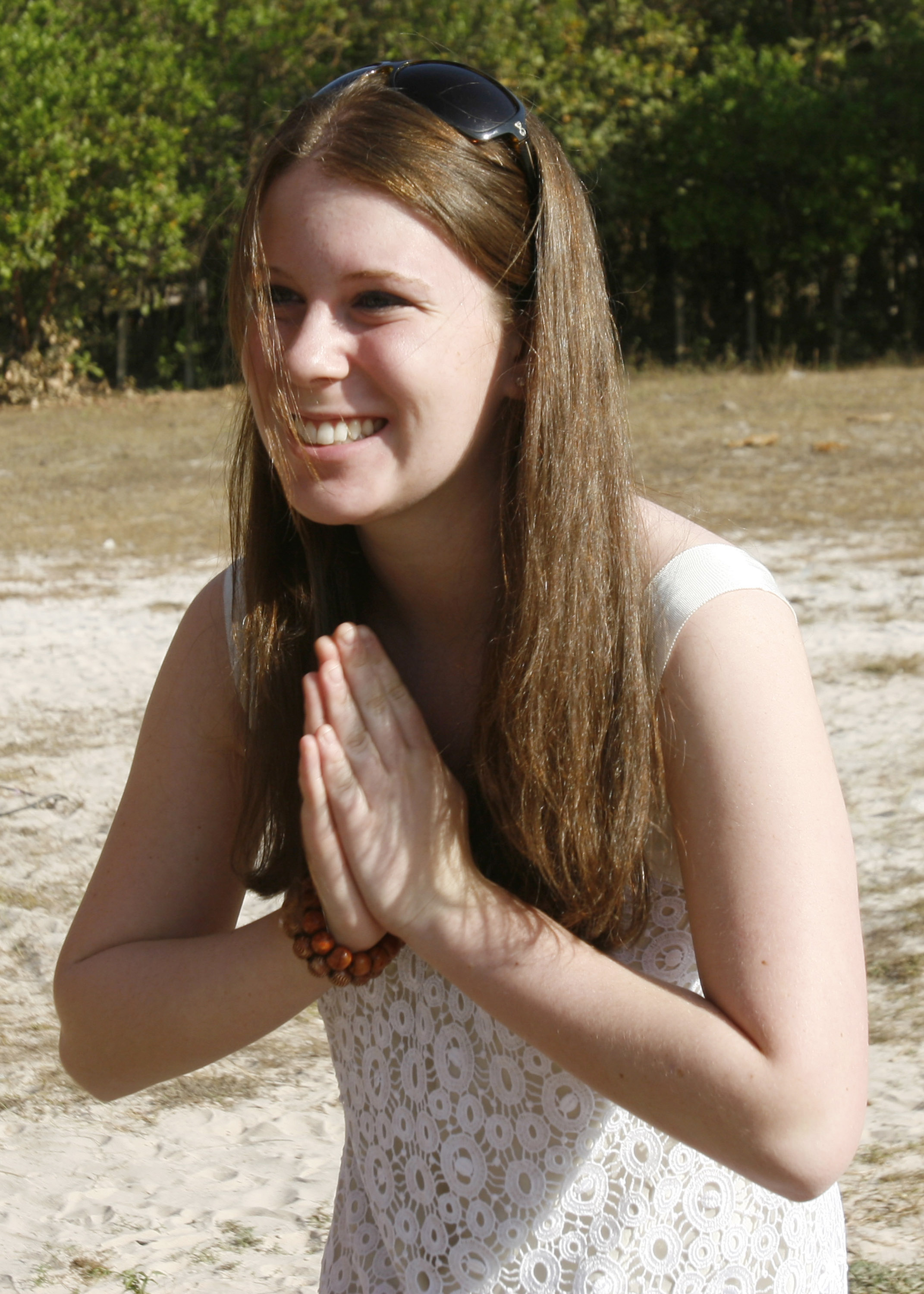 Hundreds of Cambodian villagers welcomed the arrival of a new school yesterday, a gift from an American teenager who raised US$52,000 after reading about the hardships of growing up in Cambodia.
Rachel Rosenfeld, 17, made her first visit to the Southeast Asian country for the opening of the R.S. Rosenfeld School, which brings five computers and Internet access to 300 primary school students in a small village of Siem Reap province, a poverty stricken area that is home to the country's famed Angkor Wat temple complex.
Rosenfeld, of Harrison, New York, said she learned about the village of Srah Khvav after reading a newspaper article last year that discussed the plight of poor Cambodian children who often have no access to education. The American said she was horrified to learn that some young Cambodian girls end up being sold into prostitution by their parents.
The teen said she set out to help after spending most of last year battling a stomach disorder that caused her constant pain. She required months of medical treatment that forced her to miss a year of school.
To raise money, Rosenfeld sent out hundreds of fundraising letters, sold T-shirts and offered naming rights for several structures in the school, a statement said. The US$52,000 she raised was supplemented by the World Bank and the Asian Development Bank, which contributed US$10,000 and US$13,000, respectively, said her mother, Lisa Rosenfeld.
"It makes me feel great to know that I was able to help so many people," the teen said when contacted by telephone. "Just seeing everyone so happy (today). It meant a lot to me."
She was accompanied by her parents, grandparents and her brother and sister.
Children in white shirts and navy pants, the Cambodian school uniform, stood in two neat lines and clapped as Rosenfeld and her family arrived. The students pressed their palms together in a sign of respect and thanks.
"Going to school is very important to everyone's future," Rosenfeld said at the opening ceremony, according to a statement. "If I can build this school, then each of you can set goals for yourselves that you can reach."
"Aim very high, and you'll be surprised what you can achieve," she said.