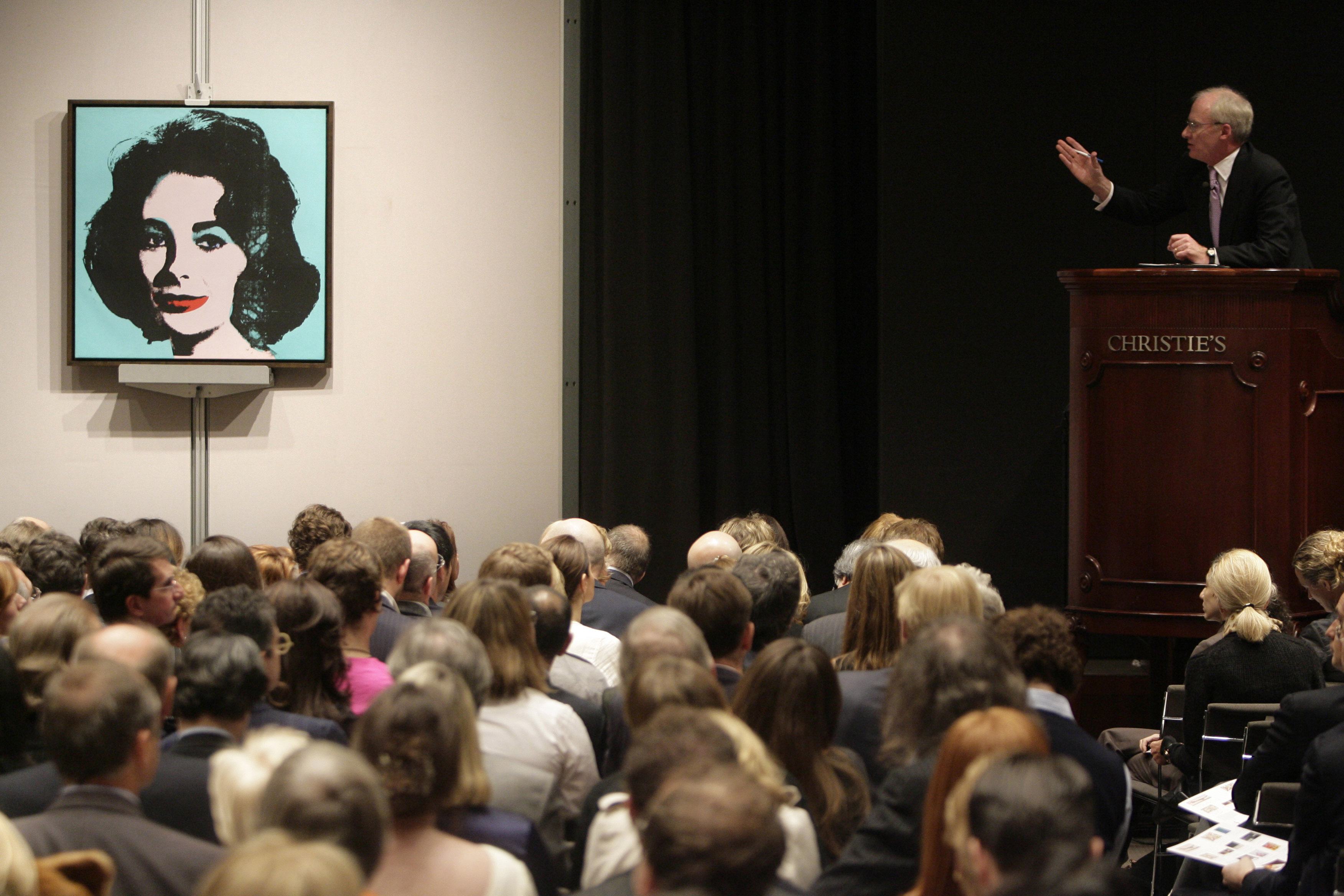 The U.S. art market is booming despite turmoil in the financial sector, thanks in part to foreign buyers encouraged by a weak dollar.
The fall auction season was marked by robust prices across most categories, with postwar and contemporary works in particular doing very well. Several new records were set, generated billions of dollars for auction houses such as Sotheby's, contributing to solid earnings but also exposing auctioneers to volatility when sales did not go as well as expected.
Experts credit the weak dollar, expanding world wealth and new buyers from countries not previously associated with the art collecting community. Over the past five years, wealthy buyers from Russia, China, India and the Middle East have helped fuel the market.
"This is the first time in a long time where we've had truly universal world wealth expand. ... It's a relatively new precedent that there is so much wealth being created all over the world," said Michael Moses, co-founder of the Mei Moses All Art Index, which looks at the historical performance of art as an investment and asset class.
These buyers - not affected by the uncertain U.S. economy - paid astronomical amounts for art. An Andy Warhol painting sold for more than US$71 million in a May auction that brought in a total of nearly US$385 million. A Matisse fetched more than US$33.6 million in a November sale that also took in nearly US$400 million. A limestone lion sculpture that measures 3 1/4 inches hauled in US$57 million earlier this month.
Still, the art market has not been immune to turbulence.
Sotheby's suffered a lackluster sale of modern and impressionist works in November after Van Gogh's "The Fields" - estimated at US$28 million to US$35 million - failed to sell and many other works sold below their estimates. Sotheby's stock plunged 28 percent that day because of investors' fears that the company had overextended itself in guaranteeing sellers' reserve - the price the house promises to pay if a certain item does not sell.
"If you try to sell stuff for twice what it's worth, the market's going to say no," said Ian Peck, CEO of the art-finance firm Art Capital Group. He added that he heard that the Van Gogh later sold privately for about US$20 million.
Generally, the art market trails the Dow Jones industrial average and other market indexes by about six to eight months, Peck said. And stocks have been volatile, with big swings up and down, since the summer.
But he was optimistic that the art market would ride out the crisis, and noted that his firm, which is essentially a private banker for art buyers, has seen a spike in loan applications to buy art. And people at auction houses are not seeing much of a downturn because of problems on Wall Street.
"If you look around, particularly in New York, it seems like everyone's a billionaire and they don't seem to be affected terribly by this credit crunch," said David Nash, of Mitchell-Innes & Nash, a private New York art consultancy and gallery specializing in impressionist, modern and contemporary masters.
"My experience over the last month or so is that there is a lot of money around, a lot of people looking to buy things," said Nash. "There are not very many people who've said I'm not going to buy this now because I'm worried about the state of the economy."