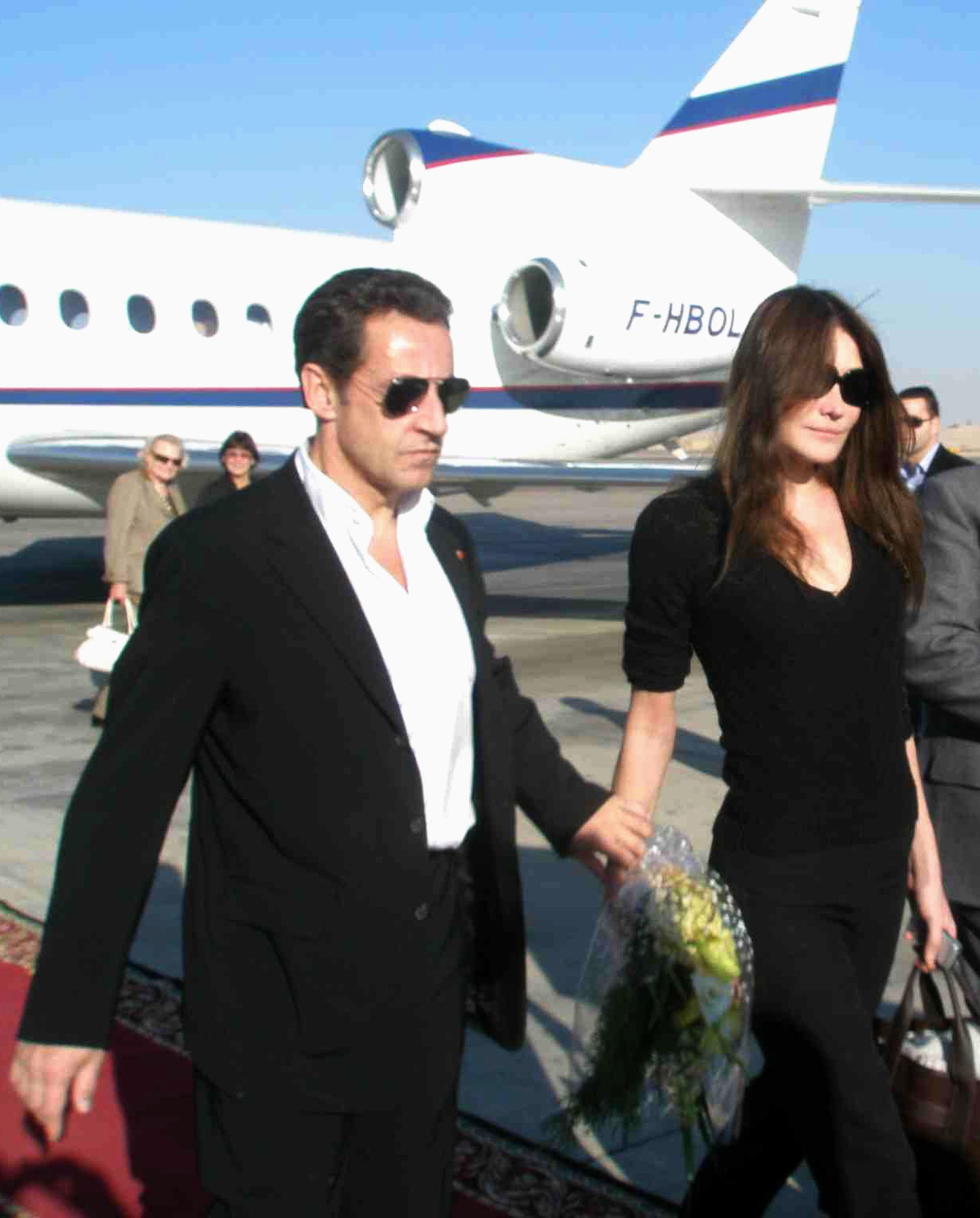 Dressed in casual clothes and riding in a 26-car motorcade, French President Nicolas Sarkozy left his hotel in the Egyptian historic site of Luxor and visited the Valley of the Kings, burial site of Egypt's Pharaohs.
Hordes of photographers and cameramen followed the motorcade at a distance as it wended its way from the historic Winter Palace Hotel through the town before arriving at the steep sided valley where many of Egypt's most powerful ancient Pharaohs were buried in rock-cut tombs more than three millennia ago.
The press, however, were prevented from entering the site where the jeans-clad Sarkozy and his new supermodel-turned-singer girlfriend Carla Bruni climbed into small electric cars to tour the sight.
The French embassy in Cairo has declined to reveal any details of Sarkozy's trip, saying only the visit was a private one.
An official visit of the French leader would start next Monday, when Sarkozy and Egyptian President Hosni Mubarak are to hold talks, the embassy said.
Stepping out
Sarkozy and Bruni first surfaced as a couple earlier this month in French media on a visit to Disneyland Paris and two months after the French president's divorce from his wife of 11 years, Cecilia.
The longtime model Bruni, 39 and an Italian-born French citizen, won critical and public acclaim for her first folk album in 2003, singing in a raspy, whispery voice. She has dated a range of famous men, including Mick Jagger and Donald Trump, and has also reportedly been linked to singer Eric Clapton and actor Vincent Perez.
Sarkozy, 52, often put his private and family life on display for the media but bristled at the interest in his tempestuous relationship with Cecilia, his second marriage.