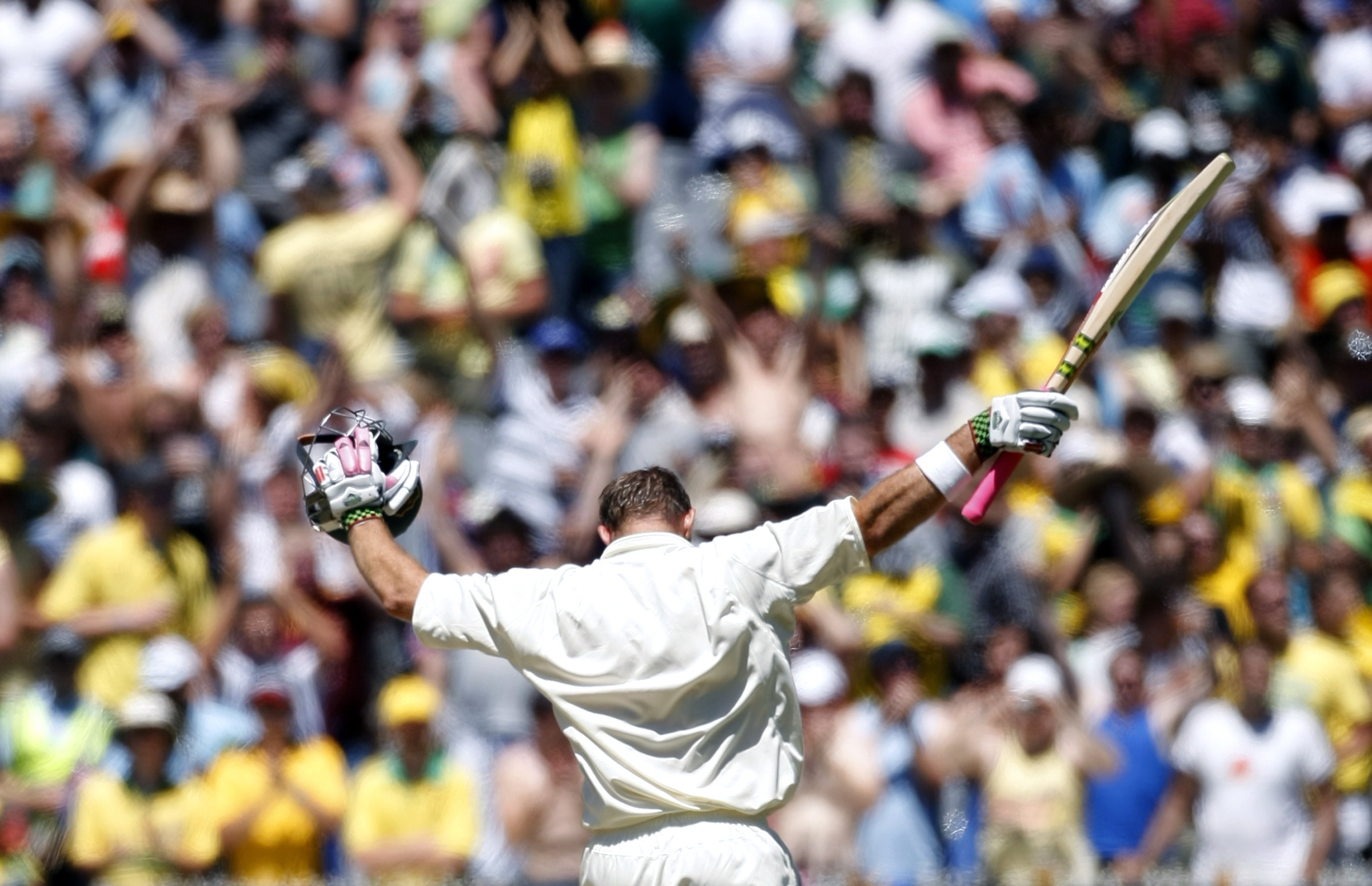 Skipper Anil Kumble inspired a dramatic Indian fightback to almost bowl Australia out on the opening day of the first cricket Test at the Melbourne Cricket Ground on Wednesday.
It all looked grim for the tourists, chasing their first series win in Australia, when openers Matthew Hayden and Phil Jaques propelled Australia to a 135-run opening stand.
But Kumble claimed five wickets and paceman Zaheer Khan 3-93 as the world No.1 side slumped to 337 for nine by stumps to hand India the early momentum.
Stuart Clark was not out 21 with Mitchell Johnson on 10 at stumps.
At the heart of the Indian resurgence after a lethargic morning was Kumble, who touched it all off in the hour after lunch with the wickets of Jaques (66) and Mike Hussey (2).
He followed up with the wickets of dangerous big-hitters, Andrew Symonds (35), Adam Gilchrist (23) and Brett Lee (0) to finish the day with five for 84 off 25 overs.
Kumble now has 589 Test wickets and lies third as the all-time wicket-taker behind Muttiah Muralitharan (723) and Shane Warne (708).
Kumble shared the opening day top billing with Hayden, who continued his affinity with the MCG with his sixth hundred in nine Tests at the ground to raise his 28th Test century.
The 36-year-old opening batsman moved past former national captain Allan Border to become the eighth all-time player with the most Test centuries.
The powerful left-hander continued his liking for India's bowlers, bringing up his fourth century against them to average 65.14 compared to his career average of 53.04. He was finally out when he miscued to Rahul Dravid at mid-on off Zaheer Khan, a half hour after tea.
Hayden shared in a century opening partnership with Jaques and departed at the fifth wicket down to massive acclaim from the 68,465 Boxing Day crowd.
He struggled early in the morning but was in imperious form in the afternoon, and batted for 268 minutes and struck nine fours off 183 balls.
Jaques was deceived by a Kumble wrong'un and was smartly stumped by Mahendra Singh Dhoni. He put on 135 for the first wicket with Hayden in 142 minutes.
Jaques, who has replaced retired opener Justin Langer, continued his impressive summer, following up his scores of 100, 150 and 68 in last month's two Tests against Sri Lanka and bringing up his first century opening stand with Hayden.
Zaheer, bowling around the wicket, claimed Ricky Ponting's significant wicket, bowling the Australian skipper for four with a delivery that straightened off the pitch.
It was a rare batting failure for Ponting, the top-ranked batsman in world cricket.
Kumble snared another coveted wicket, trapping Hussey leg before wicket with a googly that struck his back leg as he played forward to the wrist-spinner.
India are chasing their first series win in Australia after winning just four Tests in eight previous Australian tours.