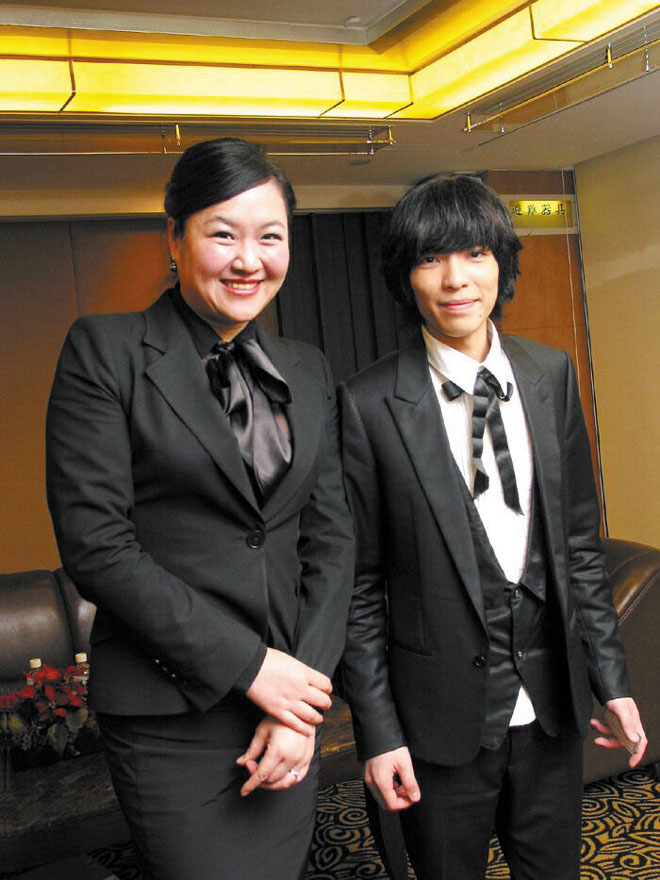 The multi-talented newcomer in the entertainment world - Jam Hsaio, recently held a press conference for his new book, "Jam Hsiao's Rite of Passage," at Grand Formosa Regent Taipei, a Four Seasons Hotel located centrally in the heart of the metropolis.
Hsiao, aged 20, is a singer who began his road to stardom on a popular TV talent show. The overnight success, however, did not go to the young star's head, and his humble attitude has made him even more popular. Hsiao chose Grand Formosa Regent Taipei as the venue for his press release due to the hotel's renowned reputation as the preferred choice of state dignitaries, entrepreneurs, and celebrities worldwide.
Pictured left is Ivy Liu, Grand Formosa Regent Taipei's Executive Assistant Manager. At right is Jam Hsiao.