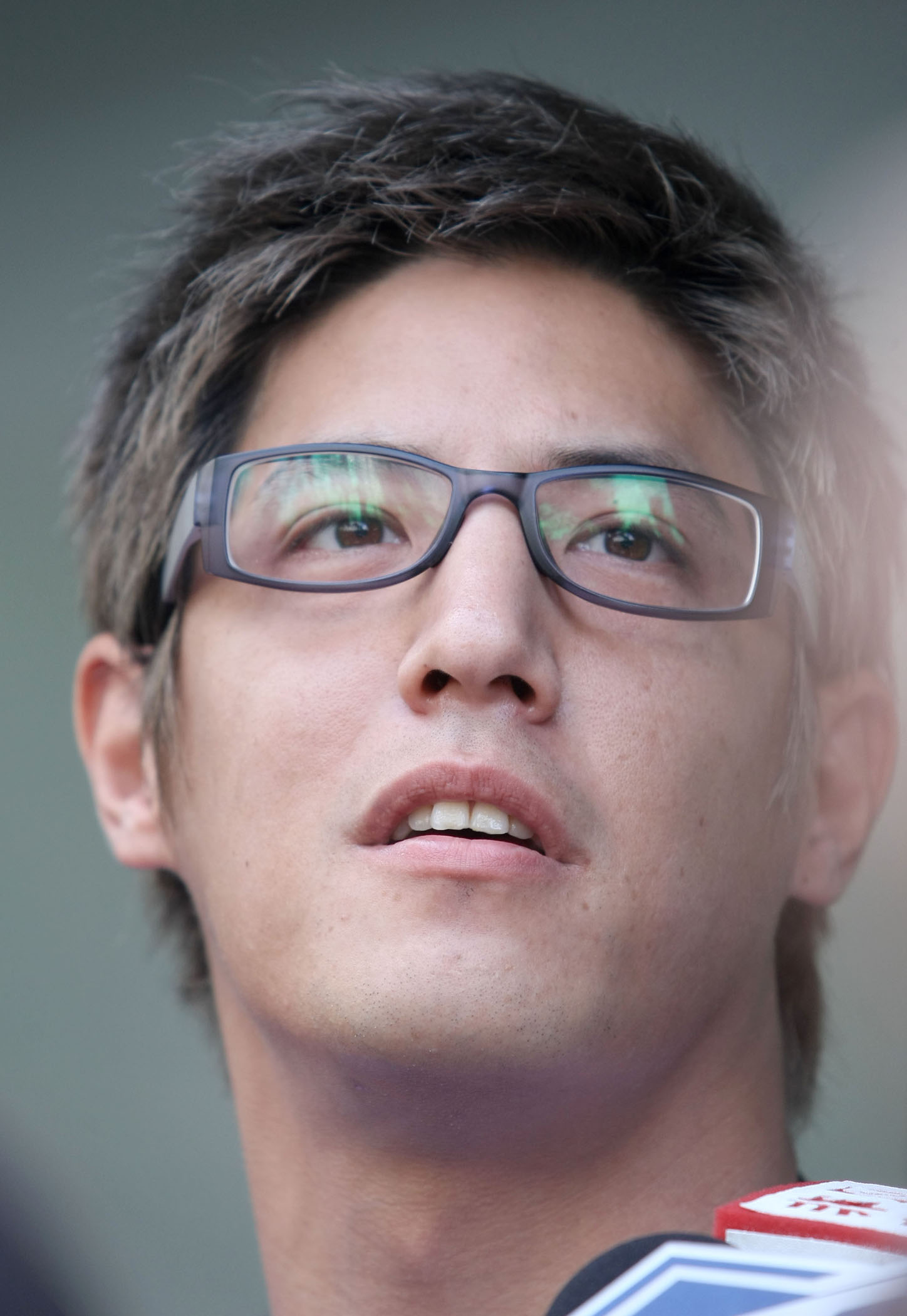 If the government acknowledges both Chiang Kai-shek (蔣介石) and Chiang Ching-kuo (蔣經國) as late presidents of the nation, then their remains should be interred at the military cemetery in Wujhihshan, said a grandson of Chiang Ching-kuo yesterday.
"But if the current government would not deal with the reburial and regards it as our family's business, then let us handle the relocation ourselves," added Demos Chiang yesterday.
Chiang said that though he cannot speak for the whole family, he thinks that if the Democratic Progressive Party administration would not take care of the former presidents' mausoleums anymore, then his grandfather and great-grandfather's wish for their bodies to be cremated and the ashes and sent back to their birthplace in China's Zhejiang province, Fenghua City should be observed.
Chiang however suggested that the simplest way to resolve the controversy would be to follow the precedent regarding former President Yen Chia-kan, whose remains had are buried at the military cemetery in Wujhihshan.
Chiang made the comment during a press conference yesterday to launch his personal Web blog.
During the press conference, he made it clear that his comments do not represent the views of his whole family but rather are his own thoughts on the matter.He reaffirmed his political neutrality, saying that he belongs to neither the pan-blue nor the pan-green camp.
"I only wish that my children, who are Taiwanese, would not be affected anymore by these political issues," said Chiang, adding that he was launching the web blog to post his thoughts and responses on certain issues so that media will no longer "misread" his comments.
Chiang's remark came in the wake of his mother Chiang Fang Chih-yi's (蔣方智怡) comments on Sunday that the bodies of the two late presidents will not be interred at the military cemetery in Wujhihshan, Taipei County, but will instead be buried in their hometown in China.
Her remark promptly drew harsh criticism from President Chen Shui-bian (陳水扁) who said that the family's decision to relocate the remains of the two late presidents to China was in effect "making a fool of the government and the 23 million people of Taiwan," since the government had already spent NT$30 million to complete the cemetery as previously requested by the Chiang's family.
Another member of the Chiang family, opposition Kuomintang Legislator John Chiang, who is the illegitimate son of Chiang Ching-kuo, also expressed opposition to Chiang Fang's comment.
The remains of Chiang Kai-shek and Chiang Ching-kuo currently rest in two temporary mausoleums in Taoyuan County. But the mausoleums were closed with effect from Monday as the Ministry of National Defense, which has jurisdiction over the tombs, worked to transfer supervision of the sites to the county government.
Meanwhile, the MND yesterday reiterated that if the government has not yet decided what official or private sector agency will manage the mausoleums, the MND will continue to send military guards to the mausoleums to assist in the maintenance.
The MND added that for safety reasons, the mausoleums will not be open to the public - only to the Chiang family members - until responsibility for the tombs has been handed over to the Taoyuan County government or some other authority.