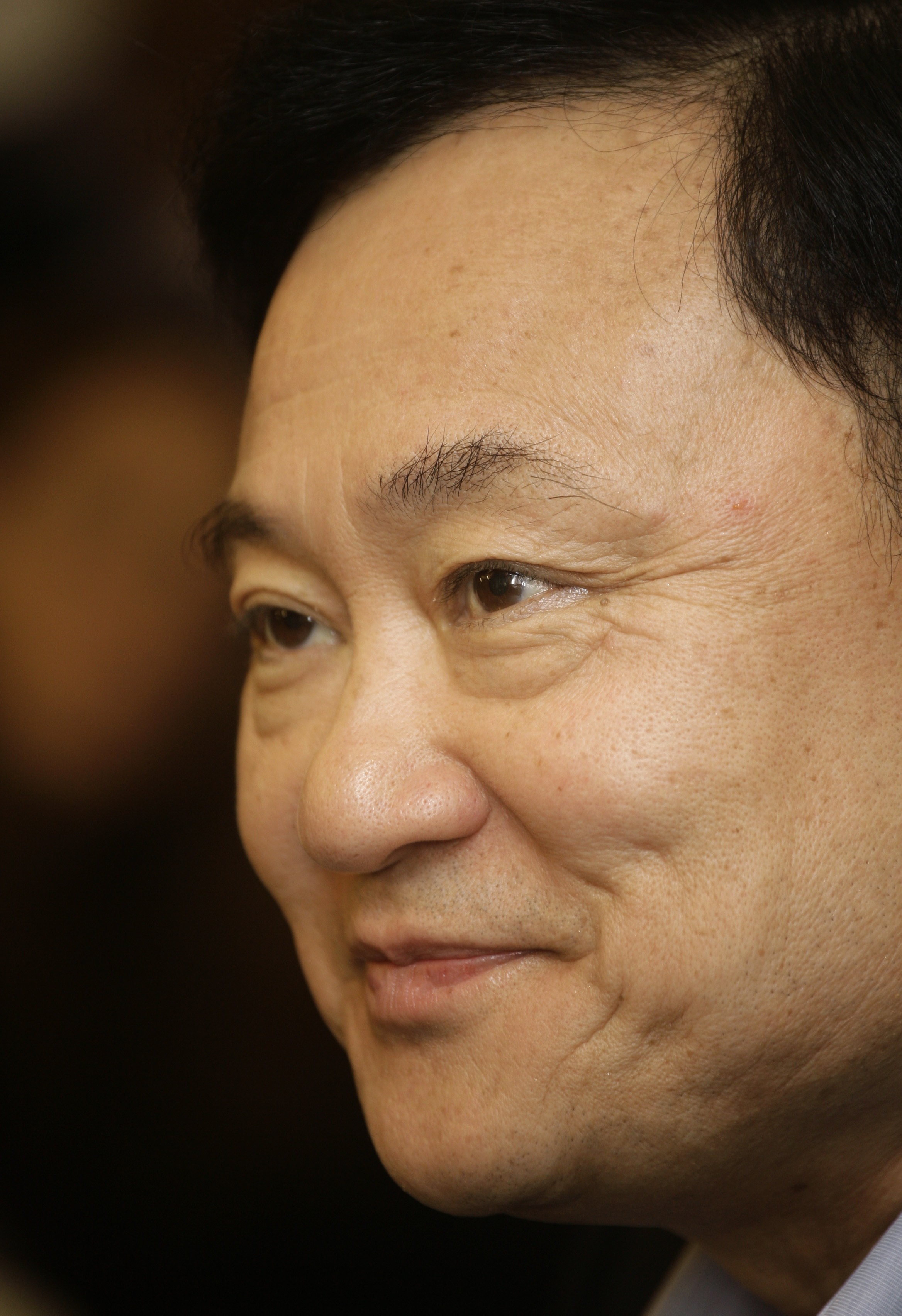 Deposed Prime Minister Thaksin Shinawatra said yesterday he was planning to return home from exile and might advise the victorious party in last weekend's elections, sparking fears of another year of intense political conflict in Thailand.
Speaking in Hong Kong, Thaksin said he will "explore options" for a comeback between mid-February and April, but will not resume his political career after being ousted in a bloodless coup d'etat last year.
"I really want to go back as a normal citizen. Enough is enough for politics," said Thaksin, who is legally barred from holding office, at a press conference in Hong Kong.
However, he said he would be willing to act as a political adviser to the People's Power Party - made up of his supporters and political allies - if asked. The PPP won Sunday's election in Thailand on a campaign pledge to bring Thaksin back.
The leader of the PPP's chief rival, Abhisit Vejjajiva of the Democrat Party, warned that Thaksin should not interfere in the country's political or judicial system.
"In that case, the country might face rifts and conflicts, while nobody wants another military coup," he said.
Releasing the full results Tuesday, the Election Commission said the PPP won 233 of the 480 seats in the lower house of parliament, with its top rival Democrat Party capturing 165 and third-ranked Chart Thai gaining 37.
The PPP is in the best position to form a new governing coalition, but it faces a sharp challenge from the Democrat Party.
The final seat allocations may change; The commission was investigating dozens of allegations of electoral violations and some of the victors could be disqualified.
Election Commissioner Sodsri Sathayatham said Tuesday the commission had already nullified the election result in one district of the northeastern province of Nakhon Ratchasima after it found solid evidence that three PPP victors hired people to hand out cash in exchange for votes.
PPP Secretary-General Surapong Suebwonglee said three small parties agreed to join the PPP in a coalition that would have at least 254 seats. He said it was negotiating with two other parties and expected to have between 280 and 300 seats to form a stable government. Parliament's lower house is to convene January 22, a month after the election.
Surapong said he would formally announce his partners' names only after Jan. 3, when the Election Commission is expected to certify the voting results.
The commission said 74.45 percent of the 45 million eligible voters cast ballots - a record in Thai political history.
The Asian Network for Free Elections, or ANFREL, an Asian election watchdog, said Tuesday that pre-election vote-buying was "pervasive" and that the military coerced voters in some instances.
Thaksin was ousted on Sept. 19, 2006. He was abroad during the coup and has since lived in exile, mostly in London. He is legally barred from office, the courts dissolved his Thai Rak Thai Party, and he has been charged with corruption-related crimes.
The victory of Thaksin's backers in the People's Power Party sent a powerful message that Thaksin's mostly rural supporters would be happy to see him return, despite his alleged corruption and abuse of power.
Less happy about his return would be the military that disposed him, Bangkok's educated middle class and the country's elite, including elements associated with the country's monarchy.
All had felt threatened by Thaksin's accumulation of power - an unprecedented absolute majority in the country's parliament.
Under the interim military-installed government that succeeded Thaksin, his foes changed the constitution to limit big parties' influence and sought to demonize him as a corrupt destroyer of democracy.
His return could undo their efforts and put their own positions in jeopardy.
Rumors swirled that the military would carry out a new coup if faced with the prospect of a Thaksin comeback - but the army's commander has promised to respect the election results.
Those results showed Thaksin's foes had failed to win over his followers in the sprawling, rural north and northeast. They remain loyal because of Thaksin's populist programs including universal health care and village development funds, when he held office in 2001-2006.
At a press conference, ANFREL said vote-buying was practiced by several political parties and included gifts, cash handouts, electronic transfers of money, payments to attend party rallies and free sightseeing trips.
"Money politics remains pervasive," said ANFREL official Damaso Magbual.
"Though martial law has not been applied in a heavy-handed way as in Pakistan, its presence is inconsistent with international norms," he said. In the northern province of Chiang Rai, Magbual said the watchdog's observers received credible information that the army coerced its own soldiers and intimidated PPP supporters.