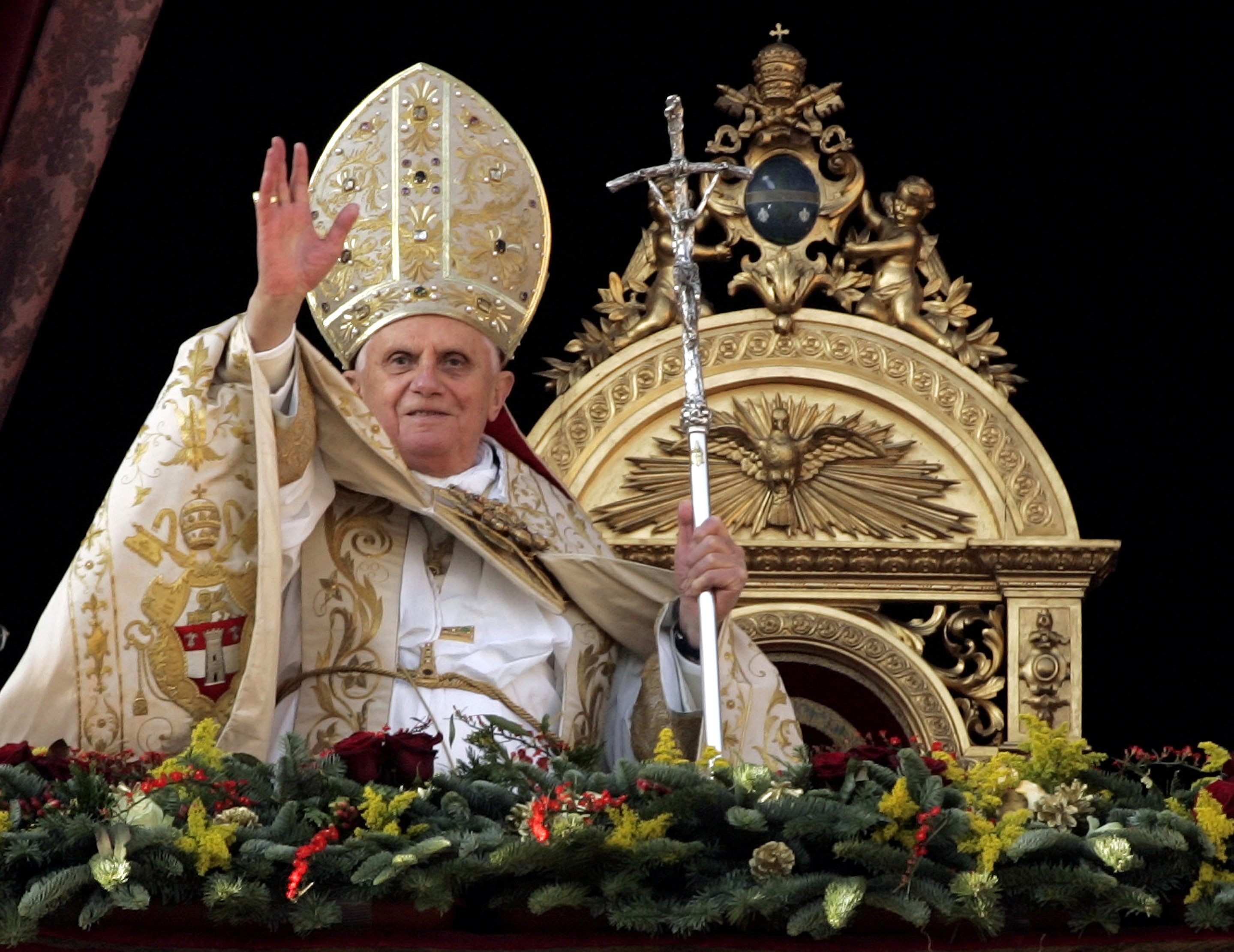 Pope Benedict XVI issued a Christmas Day appeal yesterday to political leaders around the globe to find the "wisdom and courage" to end bloody conflicts in Darfur, Iraq, Afghanistan and the Congo.
Benedict delivered his traditional "Urbi et Orbi" speech - Latin for "to the city and to the world" - from the central balcony of St. Peter's Basilica, blessing thousands of people gathered in the square below under a brilliant winter sun.
Wearing gold-embroidered vestments and a bejeweled bishops' hat, or miter, Benedict urged the crowd to rejoice over the celebration of Christ's birth, which he said he hoped would bring consolation to all people "who live in the darkness of poverty, injustice and war."
He mentioned in particular those living in the "tortured regions" of Darfur, Somalia, northern Congo, the Eritrea-Ethiopia border, Iraq, Lebanon and the Holy Land, Afghanistan, Pakistan, Sri Lanka and the Balkans.
"May the child Jesus bring relief to those who are suffering and may he bestow upon political leaders the wisdom and courage to seek and find humane, just and lasting solutions," he said.
Beyond those conflicts, Benedict said he was turning his thoughts this Christmas to victims of other types of injustices, citing women, children and the elderly, as well as refugees and victims of environmental disasters and religious and ethnic tensions.
He said he hoped Christmas would bring consolation to "those who are still denied their legitimate aspirations for a more secure existence, for health, education, stable employment, for fuller participation in civil and political responsibilities, free from oppression and protected from conditions that offend human dignity."
Such injustices and discrimination are destroying the internal fabric of many countries and souring international relations, he said.
In a nod to his environmental concerns, the pontiff also noted that the number of migrants and displaced people was increasing around the globe because of "frequent natural disasters, often caused by environmental upheavals."
The pontiff delivered his message just hours after celebrating a somber but joyous Midnight Mass in St. Peter's Basilica.