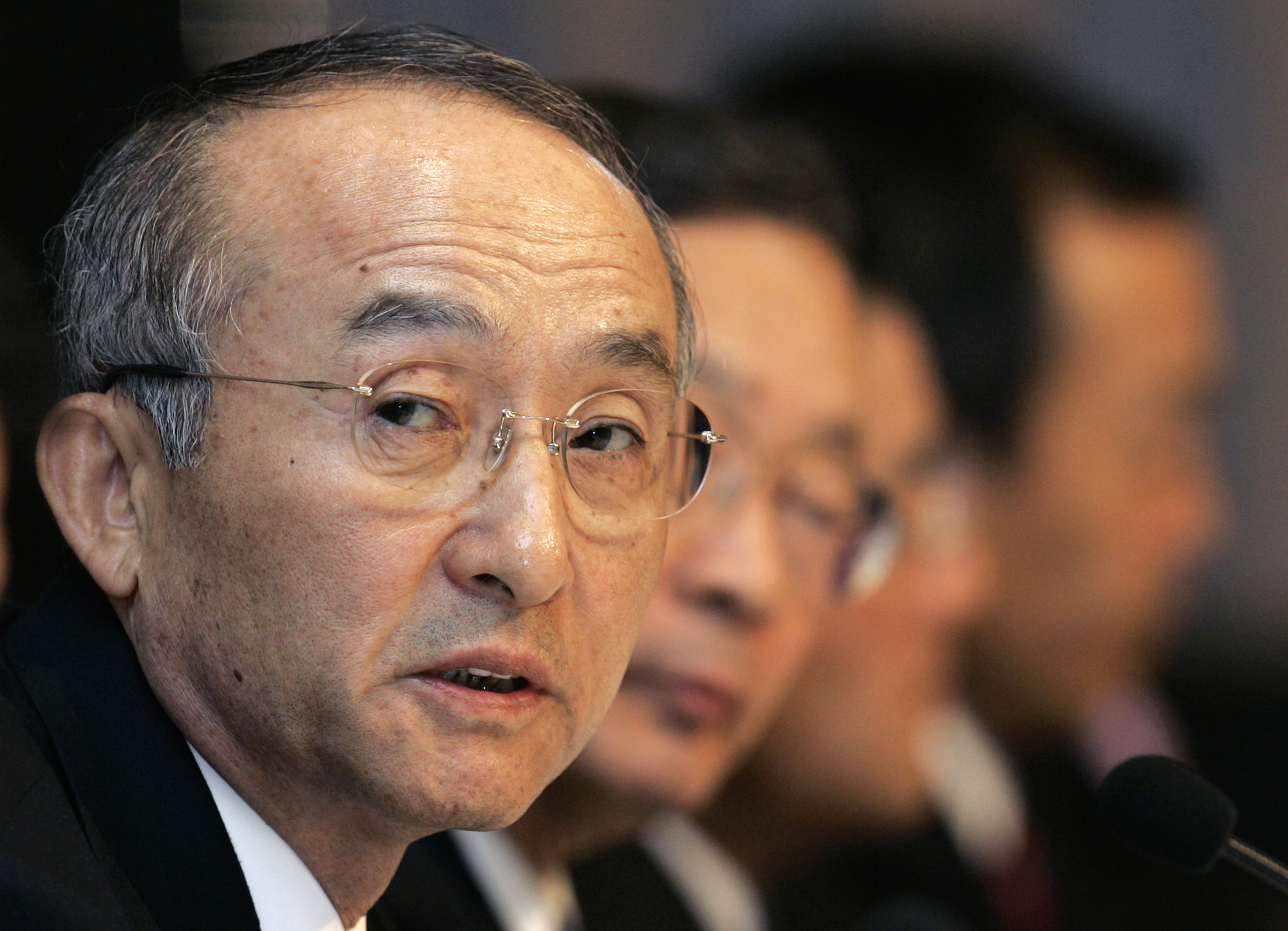 Toyota, in a neck-and-neck race that could dethrone General Motors as the world's top automaker this year, said yesterday it plans to sell 9.85 million vehicles globally in 2008.
Toyota also said it plans to produce 9.95 million vehicles worldwide during the same year, up 5 percent from this year - the same percentage jump for the automaker's global sales.
Toyota Motor Corp.'s targets, announced at a hotel in Nagoya near company headquarters, far surpasses the 9.3 million vehicles General Motors has given as its estimate for production this year.
GM has not given a forecast for the number of vehicles it expects to produce or sell in 2008.
GM has been fiercely fighting back and boosting its overseas business to try to retain the top industry spot, which it has held for 76 years.
Toyota has grown steadily in recent years along with the popularity of its models such as the Camry sedan, Corolla subcompact and the Prius gas-electric hybrid.
Soaring gas prices have dramatically boosted the appeal of smaller fuel-efficient models that are Toyota's trademark.
Demand for Toyota models has been growing in almost every region, including the U.S. and new markets such as China, South America, Russia and India.
But Koji Endo, auto analyst with Credit Suisse in Tokyo, said next year will likely prove a challenge even for Toyota, as U.S. economic woes weigh on sales and profit. But he said the overall optimism for sales growth was "reasonable," given Toyota's recent performance.
"These are targets Toyota is giving, not forecasts, and so they are reasonable," he said.
If Toyota achieves the target given yesterday, it would put the company far ahead of the industry record of 9.55 million vehicles sold by GM in 1978. GM sold 9.1 million vehicles around the world in 2006.
GM spokesman in Tokyo Michihiro Yamamori declined to comment, saying the Detroit-based automaker's policy is to refrain from comment on its rivals' targets.
Toyota President Katsuaki Watanabe said keeping a balance between quality and quantity will be key to growth.
"These are times when we must change what needs to change but preserve what must not change," he said. "We have always said there can be no growth in quantity without raising the level of quality."
In August, Toyota set a global sales target of 10.4 million vehicles for 2009.
Toyota also said it was preparing mass production of lithium-ion batteries for low-emission vehicles.