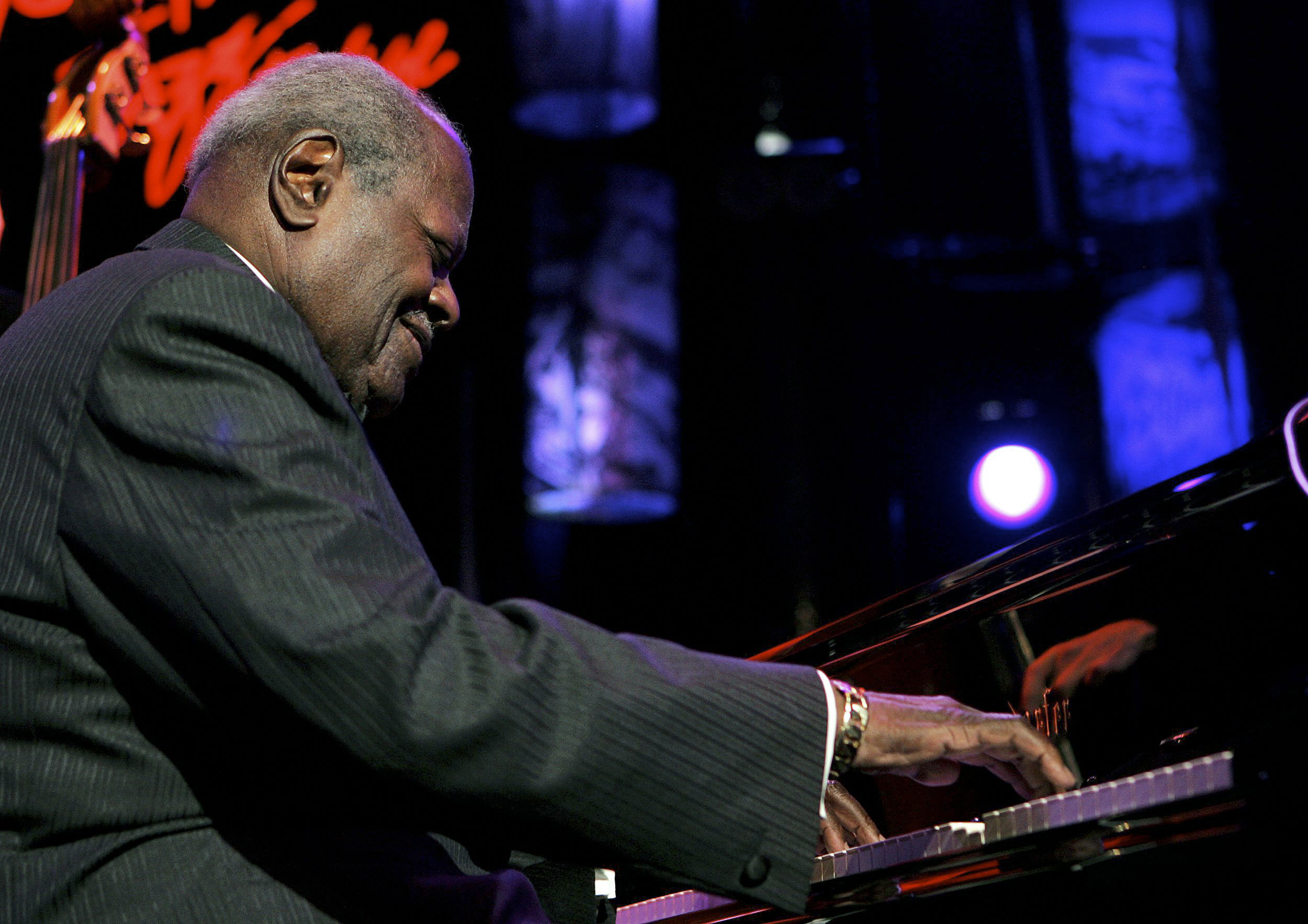 Legendary jazz pianist and composer Oscar Peterson has died at the age of 82, friends said Monday, sounding the final note for one of the most celebrated musical careers of the 20th century.
The Canadian, who reportedly died of kidney failure late Sunday, played with all the greats during his six decades in the business with a versatile style that ranged from boogie-woogie to stride to bebop.
Jazz musician Oliver Jones bemoaned the "terrible, terrible loss" of his long-time friend.
"But I'm very happy that he died the way that he wanted to, at home, with his family around him," he told CBC television.
The Montreal native died at his home in Mississauga, near Toronto, CBC and Radio-Canada reported.
Mississauga Mayor Hazel McCallion, another of Peterson's many friends, said: "The world has lost the world's greatest jazz player."
Canada's governor general, Michaelle Jean, called Peterson a "national treasure" and "one of our greatest ambassadors of Canadian jazz."
Peterson defied arthritis and ill health in his later years, and continued to record despite suffering a stroke while performing at New York's Blue Note club in 1993 that impaired his left hand.
Even one-handed, he was "still light years ahead of everyone else," according to jazz broadcaster Ross Porter.
"Age doesn't seem to enter into my thought to that great an extent," Peterson said in 2001, according to the Toronto Star newspaper.
"I just figure that the love I have of the instrument and my group and the medium itself works as a sort of a rejuvenating factor for me."
His studio and live partners comprised a roll call of legends, including Charlie Parker, Ella Fitzgerald, Dizzy Gillespie, Louis Armstrong, Duke Ellington, Count Basie, Nat King Cole and Stan Getz.
A genius at improvisation, Peterson recalled in 2005 how the heat of live free-form jazz could give birth to "moments of great beauty."
The Canadian, who won seven Grammy awards for individual recordings plus the Grammy for Lifetime Achievement in 1997, was born August 1925 in Montreal to a railway porter father from the West Indies who was a talented amateur pianist.
Overcoming tuberculosis aged seven, young Peterson came under the tutelage of Hungarian classical pianist Paul de Marky, who taught the budding jazz great "technique and speedy fingers."
Peterson leaves behind six children.