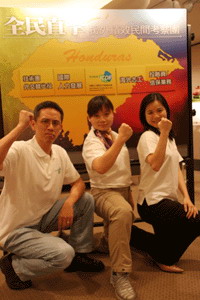 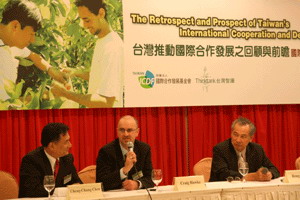 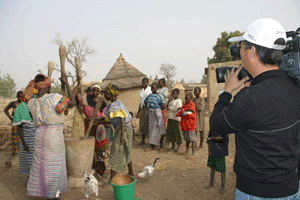 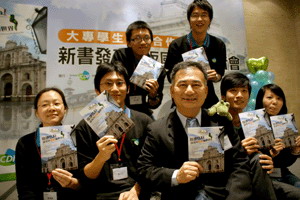 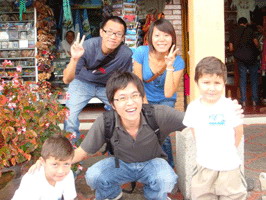 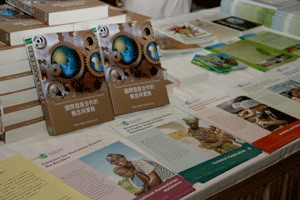 Through its monitoring mission, the TaiwanICDF opens up Taiwan's international development and cooperation projects and missions to the public. Here, members of a mission attend a pre-dispatch ceremony.

In order to enhance interaction, and share experience and knowledge with other international development organizations, the TaiwanICDF holds seminars that are attended by domestic and foreign experts and scholars.

The TaiwanICDF produces short documentaries as part of its campaign to raise people's awareness about foreign assistance and international cooperation.

In the future, the TaiwanICDF will continue to offer the youth of Taiwan opportunities to learn about importance of development work.

Members of the TaiwanICDF Youth Camp in Guatemala were able to observe the tangible effects of the organization's projects on the local population.

The TaiwanICDF publishes books and brochures, not only to help the public understand the significance of development work, but also to spark discussion in Taiwan of international cooperation.

The trend of global development cooperation that began in the mid 20th century has brought countries throughout the world closer together. The focus is on economic issues as well as poverty, disease, environmental protection, and human rights. Addressing these issues is no longer the duty of a single nation. It has become a mandate for each member of the "global village."
Development cooperation goes beyond the benevolent contribution of individual nations to the international community. It is the macrocosmic partnership of all the world's countries. Raising public awareness about this reality is an important task.

Since 2002, the International Cooperation and Development Fund (TaiwanICDF) has been investing resources to help bring Taiwan's participation in international cooperation to the attention of the public, largely through publications and extensive publicity campaigns.
Keeping Burning Issues in the Public Eye

The TaiwanICDF's publicity campaign is focused on building consensus for Taiwan's development cooperation efforts worldwide. The achievement of this objective relies on a range of media to reach a wider audience. For example, the TaiwanICDF promotes its operations through local and international broadcast and print media. Special reports and promotional supplements are run in local Mandarin- and English-language broadsheets and magazines, as well as reputable international affairs publications. Billboard and poster notices are also placed in public spaces both in Taiwan and abroad.
Meanwhile, to raise the level of awareness, and to attract more young people to participate in programs such as the Overseas Volunteers and Taiwan Youth Overseas Service, the TaiwanICDF produces short promotional films, using experienced directors and well-known public figures. These commercials depict the work of TaiwanICDF volunteers and servicemen in Taiwan's partner countries, and are broadcast on television and in local movie theaters.
As well as the shorter commercial-type films, the TaiwanICDF produces documentary features, which are broadcast domestically and internationally. The films function as educational and promotional tools to help achieve higher levels of participation in international development assistance programs.
Getting the Public Involved

Public participation is another means employed to spread awareness of Taiwan's international development and cooperation missions. In 2005, the TaiwanICDF initiated its citizen monitoring mission as a further promotional channel. Members of the public who apply for this program are sent overseas to observe TaiwanICDF project sites in partner countries. Upon their return, they are invited to share their views and impressions of the operations.
The first group traveled to Honduras and observed paddy rice cultivation, fruit and vegetable production, livestock farming, and aquaculture projects. It also visited overseas volunteers and youth overseas servicemen who were working in Honduras, and saw how these individuals helped raise standards of living among local residents.
In terms of publicizing the activities and achievements of the TaiwanICDF, this mission was a resounding success, because returning participants were able to share their impressions with the public through various mass media, forums, and press conferences. Their experience allowed Taiwan's public to better understand the TaiwanICDF's foreign assistance activities, providing real-life education.
The 2007 Youth Camp

When it comes to diplomacy or multilateral relations, Taiwanese students usually think only in terms of developed countries. This is due to insufficient course material on international cooperation development. In fact, the developing world is the arena in which this support is carried out, with 80% of the world's population in need of development assistance. Projects like this year's Youth Camp are therefore vital to students hoping to achieve a well-rounded perspective on international relations.

The twelve members of the camp were undergraduate and post-graduate students who had been selected as the top bloggers in the TaiwanICDF's "Discover the World through Blogging" contest. This was the first time the TaiwanICDF had made use of a blog to attract university and college students to international development issues, and it proved effective as there has been increased interest in these topics on the part of Taiwan's youth since the blog's launch. The competition also served as a useful experiment for the TaiwanICDF's publicity campaign.
The participants had to come through a series of interviews and evaluations, before they were chosen to be part of the group that was sent to Guatemala to experience TaiwanICDF operations on-site. Prior to their departure, the TaiwanICDF organized a 3-day, 2-night orientation to prime students on Spanish language, and Central American customs and manners; and to give them a brief introduction to the TaiwanICDF's projects in Guatemala.
The students were then accompanied by a TaiwanICDF staff member to Guatemala to observe and learn about the organization's cooperative projects there. They gained firsthand experience of the day-to-day duties and activities of the TaiwanICDF's overseas experts and took part in basic practical instruction, giving them an insight into the philosophy and methodology behind the organization's assistance efforts.
By spending some time engaging in on-site learning, the youth camp members were also able to observe the tangible effects of the TaiwanICDF's projects on the local population, leaving them with indelible memories of the value of international development cooperation.
Looking Ahead
Development cooperation has become integral to international relations, and now involves government, businesses, academia, and NGOs from countries around the world. This work is an ongoing challenge, and requires the participation and support of the public, with millions of people around the world still requiring assistance on a daily basis. Thus, the TaiwanICDF hopes to let the people of Taiwan know about its initiatives, and encourage increased participation in its projects. To do this, publicity campaigns and education are essential.
The TaiwanICDF will focus on implementing the study of international development cooperation in the academic field in the future. The Fund plans to create international cooperation development coursework for use for use in university programs, and to cooperate with schools to promote such programs. By maintaining sufficient publication materials and experts in the field, the establishment of international cooperative development faculties in universities and colleges can be foreseen in the near future.