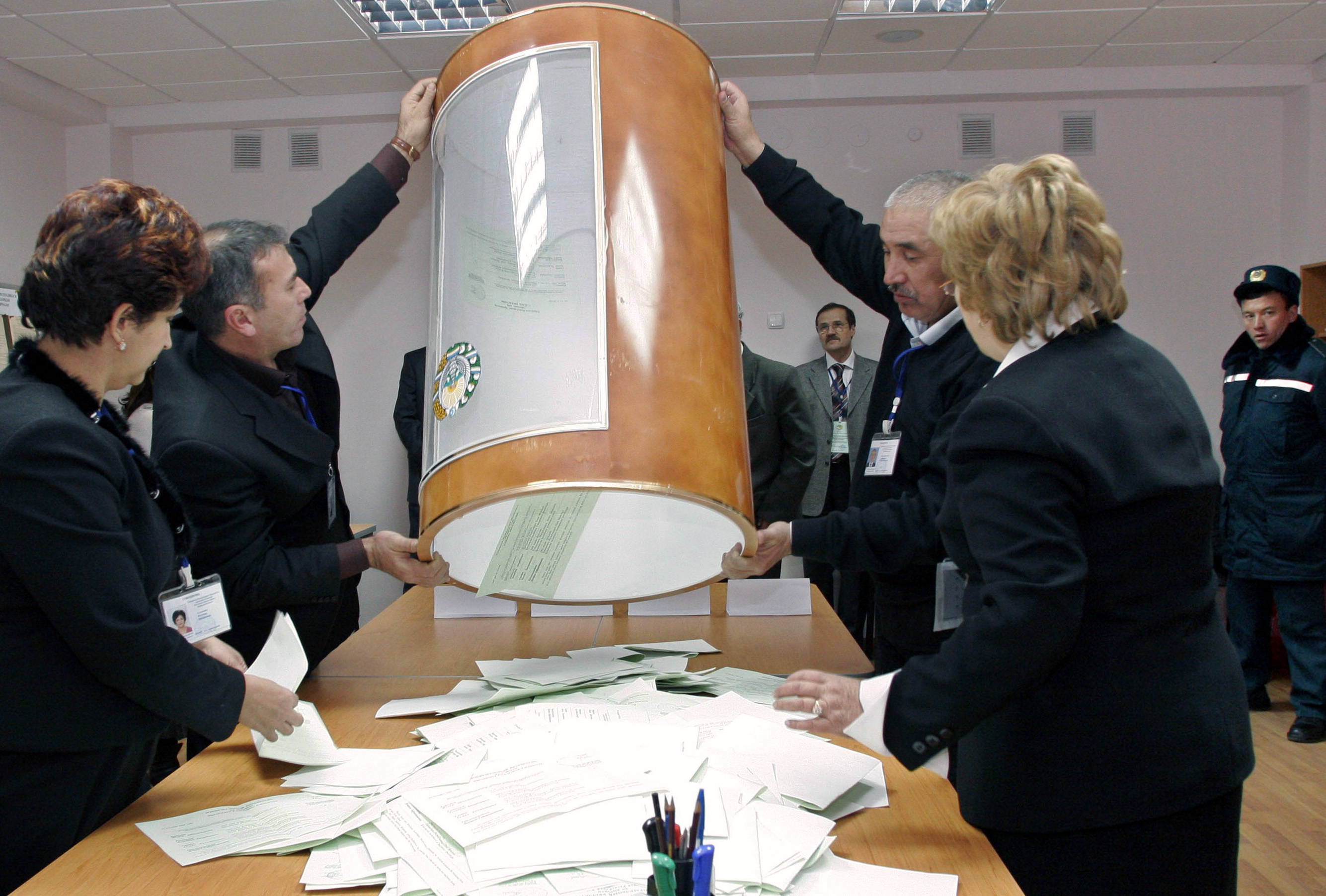 Islam Karimov, Uzbekistan's only president since independence from Soviet rule, swept to victory with 88.1 percent of the vote following a weekend election criticized as undemocratic by Western observers.
Karimov, who has tolerated no dissent since he came to power in 1989, has been under fire from the West since 2005 when troops shot at protesters in the town of Andizhan killing hundreds of people, according to witnesses.
"Preliminary results showed that the election was conducted in accordance with the constitution," Mirzoulugbek Abdusalomov, head of the Central Election Commission, told reporters.
Central Asia's most populous nation is at the heart of a geopolitical power struggle between the West and Russia which still sees former Soviet Central Asia as its sphere of interest.
The West has criticized Karimov for his intolerance to political opposition and isolationist policies, but the 69-year-old leader has promised to push for more reforms and encourage foreign investment.
Karimov faced three other little-known candidates in a line-up analysts said was designed to add the gloss of fairness to the vote.
The election monitoring watchdog of the organization for Security and Cooperation in Europe said the Sunday vote fell below democratic standards.
"The 23 December 2007 presidential election in Uzbekistan was held in a strictly controlled political environment, leaving no room for real opposition, and the election generally failed to meet many OSCE commitments for democratic elections," the watchdog said in a statement.