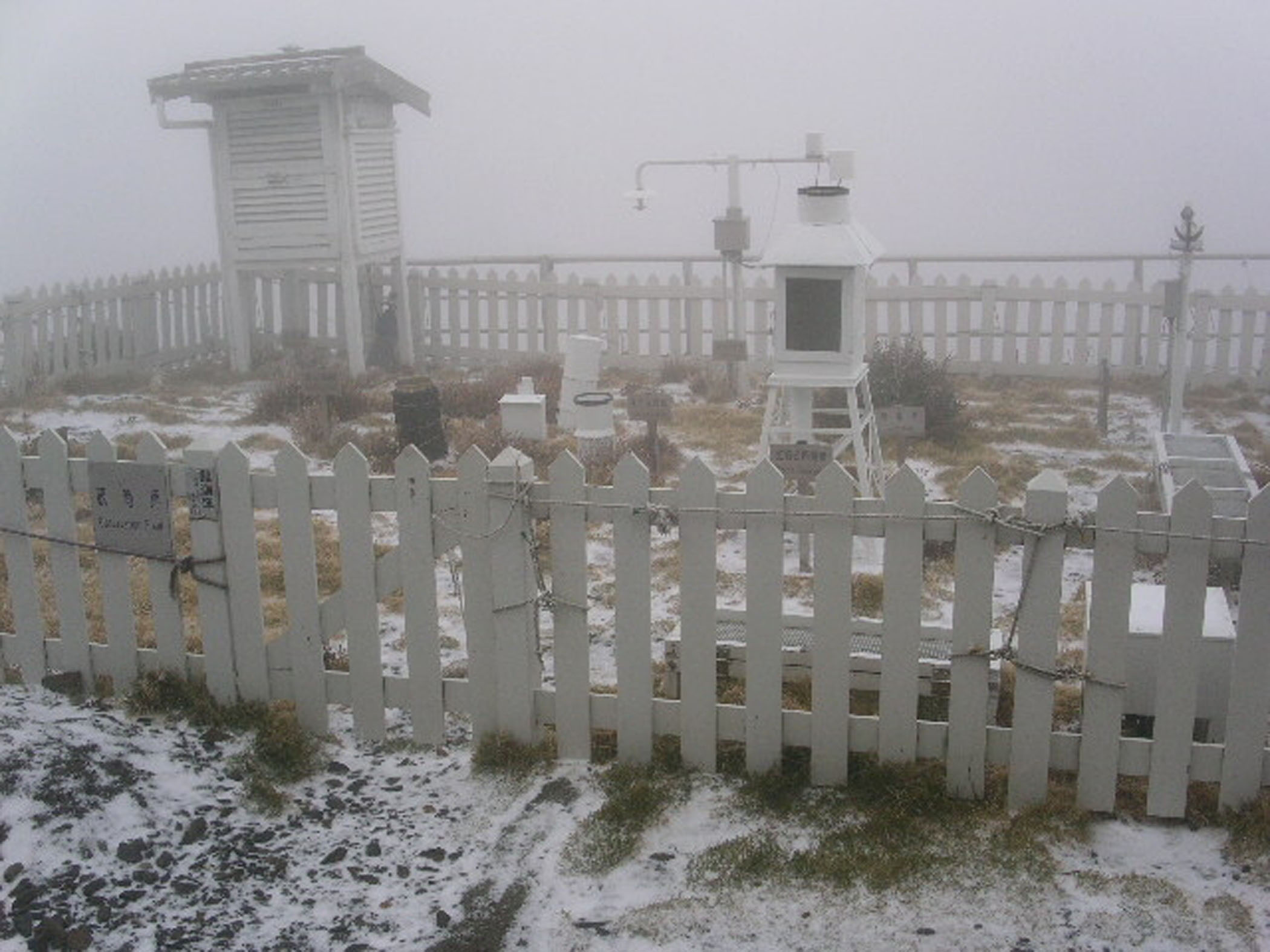 Yushan in central Taiwan received its first snowfall of this winter yesterday when a moist cold front swept the island, the Central Weather Bureau (中央氣象局) reported later that day.
According to the CWB's Yushan monitoring station's report, the snow began to fall at 2:05 p.m. on the mountain but lasted only 30 minutes. Less than a centimeter fell, the report said.
With a height of 3,952 meters, Yushan is the country's highest peak and the highest in Northeast Asia.
At 8:30 a.m., the temperature on the mountain was recorded at minus 3 degrees Celsius, CWB meteorologists said, adding that there was little chance of further snow as the cold front was moving away from Taiwan.