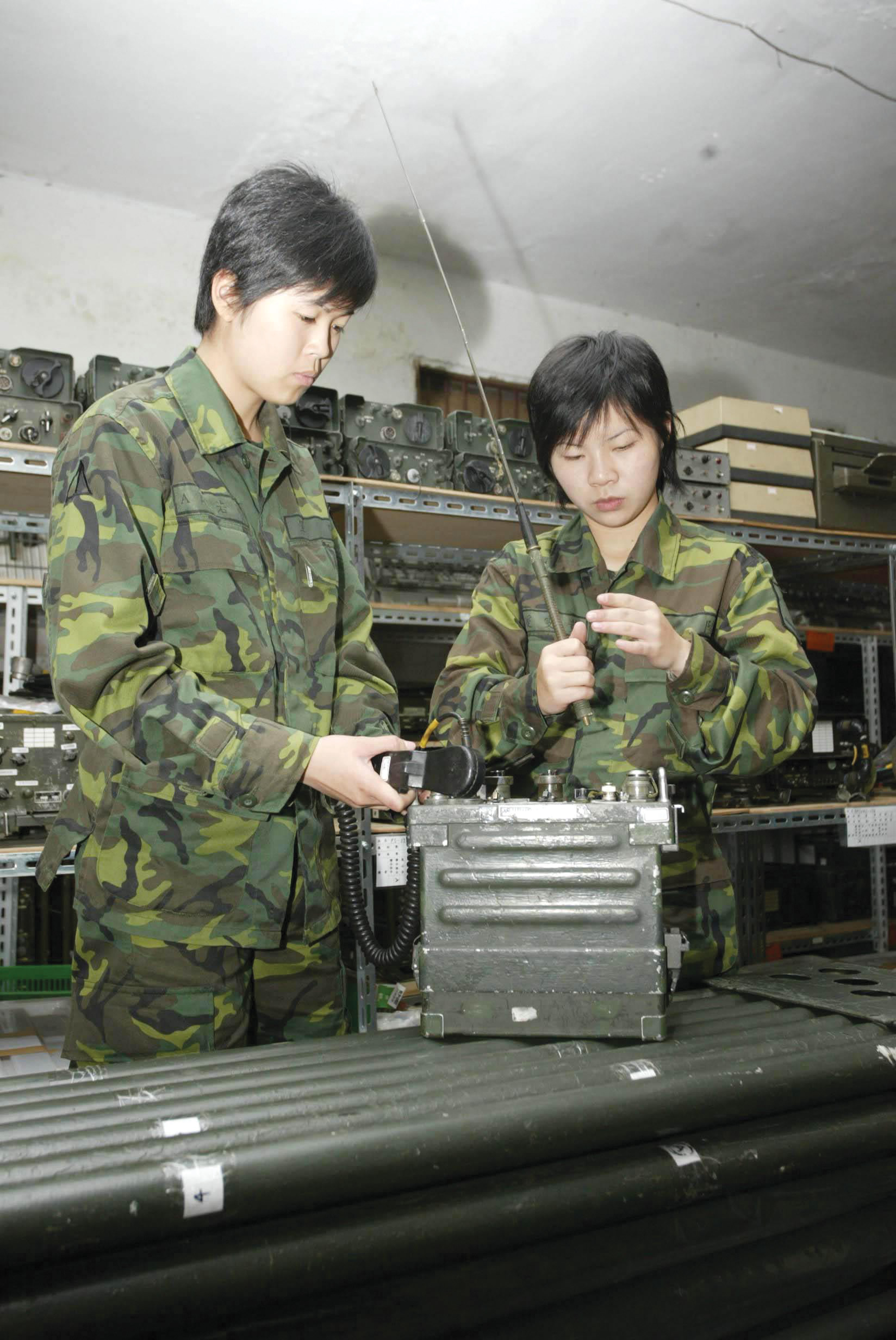 In conjunction with the work of the "Commission on Women's Rights Promotion, Executive Yuan," the Ministry of National Defense (MND) issued "Working Guidelines on Sexual Equality and Promotion of Women's Rights" in December 2004, and instructed the Department of Manpower, Armaments Bureau, General Political Warfare Bureau, Sub-office of Personnel Affairs, Legal Affairs Committee, Bureau of the Comptroller, and other relevant units to jointly participate. The MND further held a Sexual Equality Case Task Force Conference in November of this year (2007).
The Armed Forces' systematic recruitment of female career officers (and non-commissioned officers) since 1991 has gradually increased the percentage of women in the military service. Furthermore, in response to the basic needs of female officers (non-commissioned officers), the MND has steadily improved living quarters, ensuring that female officers, non-coms and soldiers in the armed forces can concentrate on performing their military service with peace of mind.
Even more commission members have pointed out at this conference that equality of the sexes should be broadly publicized so that it will be understood by everyone and will win broad-based support and acceptance. In addition, the authorities should think of ways to incorporate relevant education in the instruction given at armed forces schools, while also expanding the scope of political instruction to include domestic violence, sexual assault and other commonly seen sexual issues. Apart from ensuring that all officers and soldiers in the armed forces understand the importance of sexual equality, this effort should also strive to show them how to respect the opposite sex and protect themselves in today's social environment.
Regardless of whether they are affiliated with a government agency or private group, everyone should make adjustment and establishment of the concept of sexual equality their foremost mission. As far as the MND is concerned, all units must publicize this concept and draft implementation timetables and must further assign relevant units to perform implementation. The MND expects to put into operation a superior working environment in which sexual equality is upheld in an appropriate manner and thereby continue to improve the armed forces' fighting strength.