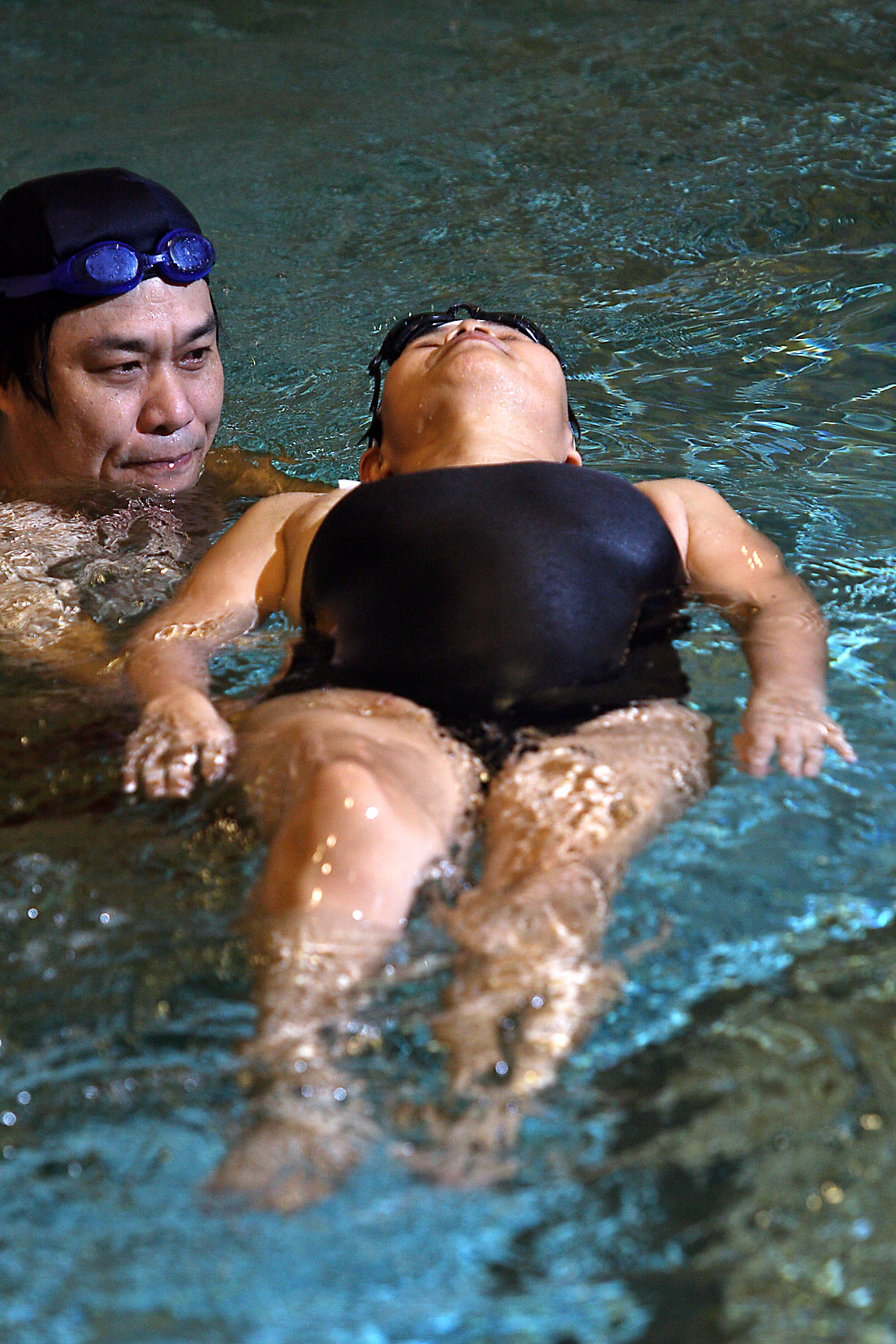 A seven-year colorectal cancer fighter who loves swimming overcame her fatigue and sickness to carry out her last wish yesterday - enjoying a last swim as a Christmas gift from her family and friends.
Shue Yue-chi had been a morning swimmer for over a decade before she was diagnosed with cancer.
She did not give up swimming immediately, but continued her hobby in an effort to increase her strength so that she could better combat the cancer.
Three years ago, she swam across Sun Moon Lake in central Taiwan and the following year, swam across South Bay in Kenting, southern Taiwan.
However, as her cancer recently worsened, Shue lost her strength and was unable to swim again, according to her husband, Chang Feng-chuang.
With fewer than six months to live as assessed by her doctors, Shue received encouragement from her swimming friends and decided to swim for the last time on Christmas Eve, although as the day dawned she considered giving up on the plan because she was too weak to walk. However, she later regained enough strength to follow her plan.
Helped by her friends and medical staff, Shue enjoyed 30 minutes of walking slowly in a swimming pool.
Tsai Chen-hua, Shue's doctor at Taipei Medical University Hospital, said that it requires careful preparation - including forcing the patient to vomit and giving an injection of pain killers - to allow a serious cancer sufferer to swim.
During Shue's last swim, several medical staff accompanied her in the swimming pool to monitor her situation.