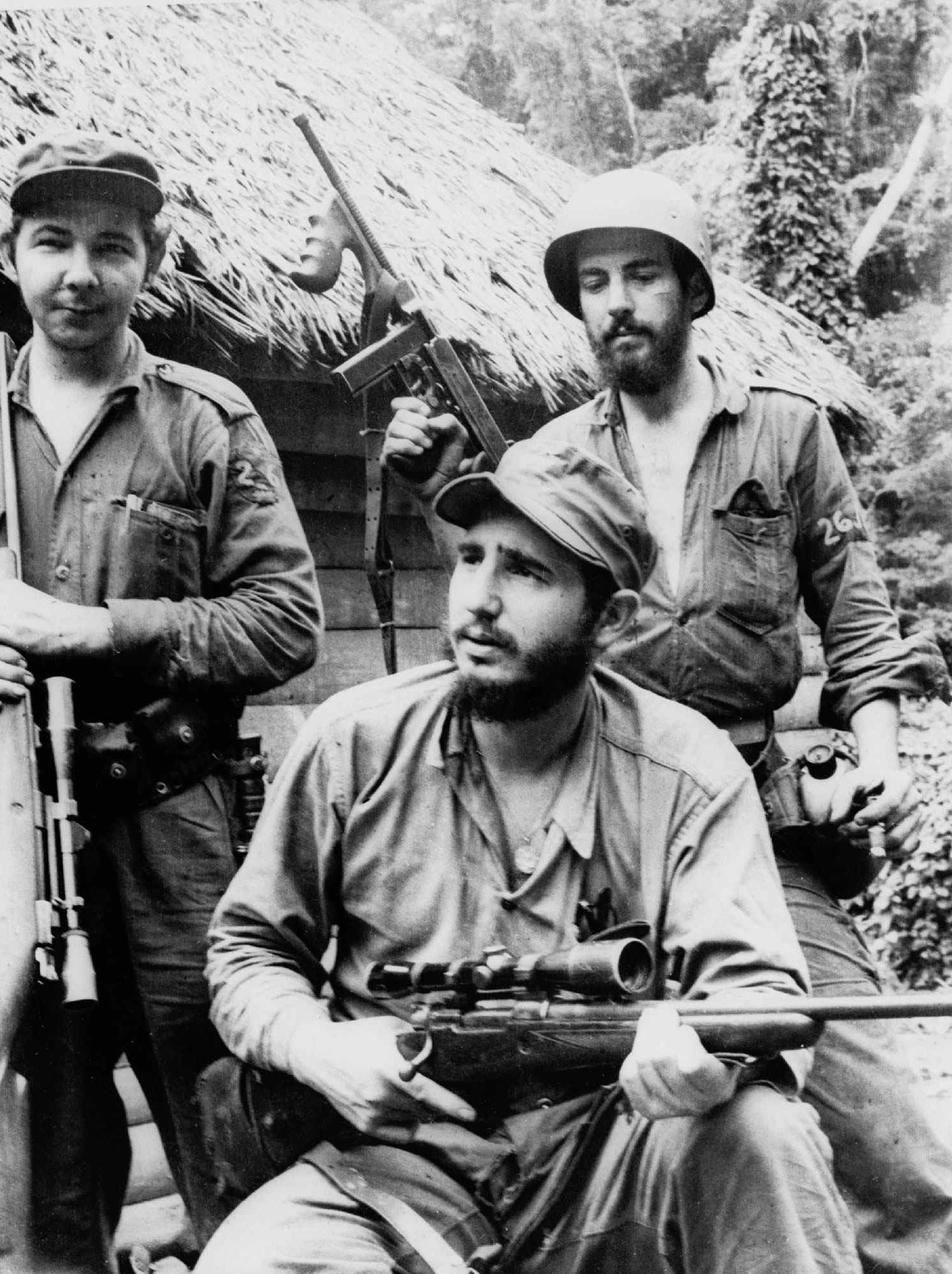 He fled Cuba in 1961, but still calls Fidel Castro his friend. He can't stand communism, but bitterly opposes the U.S. embargo. He lives in Miami, but travels regularly to Havana, even appearing on state-run television.
Max Lesnik always has an opinion, and often makes someone mad - no matter which side of the Florida Straits he's on.
"It's always been up to me to be critical. I've always been with the opposition, not with one government or the other," says Lesnik, a Cuban revolutionary-turned-South Florida radio commentator, in an interview with The Associated Press.
"I don't talk out of both sides of my mouth," he adds. "What I say here, I say in Miami. What I say in Miami, I say here."
'Here' is the sixth-floor executive lounge of Havana's iconic Hotel Nacional. Lesnik slouches in an armchair by a window overlooking sparkling Caribbean waters when his cell phone rings. He laughs, then hangs up.
"The deputy director of my radio program says there's a rumor going around in Miami that I had an accident and I've gotten killed," he explains. "I just said, 'Don't deny anything. Say you don't know if I'm in the hospital, or what. See what happens.'"
Bombed 11 times
There have often been questions about the well-being of Lesnik, now 76. Arriving in Miami nearly 47 years ago, he spent close to two decades publishing "Replica," a Spanish-language magazine whose offices in Little Havana were bombed 11 times, allegedly by anti-Castro hard-liners in the Cuban exile community who opposed his calls to do away with the American embargo.
Lesnik's life and politics are chronicled in "The Man of Two Havanas," a documentary directed by his 45-year-old youngest daughter, Vivien Lesnik Weisman, which screened this month at the New Latin American Cinema festival.
Shot over 2 years in Havana, the Cuban capital, and Little Havana, the Miami Cuban district, the film tells of Lesnik's political activism, friendship with Castro, and early efforts to generate revolutionary propaganda when the bearded rebels took to the mountains of eastern Cuba.
Lesnik hosted a Cuban radio program after Castro's forces toppled dictator Fulgencio Batista in 1959, but became disillusioned as Cuba deepened ties with the Soviet Union. He finally declared on the air that he was no communist, and motored to the United States in January 1961 aboard a small boat with 13 other former rebel collaborators. His wife and two daughters arrived two months later.
Lesnik founded "Replica" in his Miami garage in 1968, gaining readers and detractors as he proclaimed his continued fondness for Castro.
"He was a fighter who ended up selling himself to Castroism," said Huber Matos, a former officer in Castro's rebel army who eventually quit, was charged with treason and spent 22 years in prison before seeking exile in the United States.
In a telephone interview from Miami, Matos said he and many other Cuban exiles have "zero respect for Max Lesnik."
"The Man of Two Havanas" includes footage of a U.S. television interview where Lesnik shows off the pistol he once carried for protection. His daughter recalls on-screen how he always sat facing the windows in Florida restaurants to spot would-be attackers.
Lesnik first returned to Cuba in 1978, and became a frequent visitor after the Soviet Union collapsed.
Patching things up
He formally patched things up with Castro, and met many times with him - though he has not seen the Cuban leader since he underwent emergency intestinal surgery and ceded power to his younger brother Raul in July 2006.
Vivien Lesnik Weisman was supposed to have dinner with her father and Castro in 1996, but had to return to the U.S. when her then husband was hospitalized with a bleeding ulcer. Castro later used Lesnik's cellphone to call her.
"I remember he made a joke saying U.S. intelligence is now trying to figure out what the code word 'ulcer' means," said the filmmaker, who returned to Havana with her father for the documentary's debut.
The elder Lesnik has become increasingly friendly with Cuban officialdom in recent years. He won a Cuban journalism prize this summer, and has appeared on state television's leading news talk show.
Lesnik makes no apologies, noting that he defended the Cuban exile community during one such appearance.
"I said it may look like Miami is a slave to the extreme right ... but deep down there is a current of tolerance and support for differing opinions," Lesnik said. "If it were unanimous in Miami, I couldn't live there."
His daughter, still shopping for U.S. distributors, hopes her documentary will be shown at the Miami International Film Festival in February. That might enrage some exiles, she says, but "I think it's a dialogue Miami's ready to have."