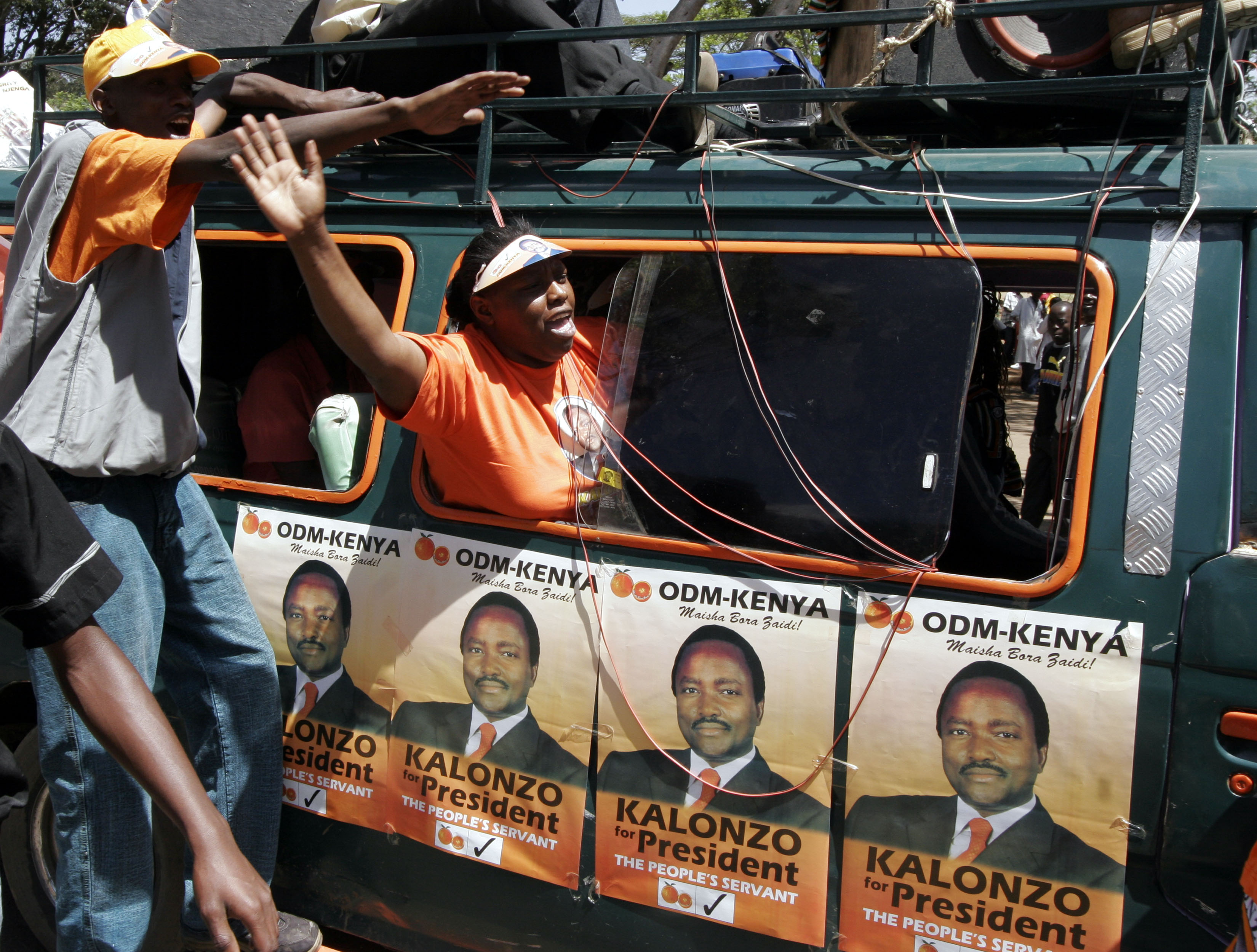 Kenya's main presidential contenders held huge rallies in the capital on yesterday, a final push to win votes in a race deemed too close to call.
The latest opinion polls show a couple of percentage points separating Kenyan President Mwai Kibaki, seeking a second five-year term, and his opposition challenger, Raila Odinga.
Most Kenyans fear the closeness of the contest will result in vote-buying, violence and intimidation in the relatively young east African democracy.
But the early mood in Nairobi was jovial with hundreds of people draped in political party colors singing and dancing as campaign trucks sped by with waving crowds on top of them.
"We're not for war, we're for democracy. We will accept the outcome of these elections and so should they," said Kibaki supporter Kirui Kipsang, who traveled 150 kilometers to attend the incumbent's rally in Nairobi's main Uhuru (Freedom) Park.
Wearing the blue and red of Kibaki's Party of National Unity, Kipsang hoped there would be no trouble with supporters of Odinga's Orange Democratic Movement gathering at a sports stadium a few kilometers away.
"We fear some minor skirmishes today. You know this is an African state and we are a young democracy," he said.
Police have warned politicians against fueling clashes which threaten to tarnish the election, a test of Kenya's democratic advances since the largely peaceful handover of power from a "Big Man" ruler to the opposition five years ago.
That in itself was a rarity in African politics and won widespread praise. But Kenya remains plagued by tribalism and weak political parties.
"We are badly polarized ... and it is nothing to do with ideology, it is purely on ethnic grounds," Electoral Commissioner Jack Tumwa told a news conference.
"That's why we have violence."
Kibaki, 76, is hoping to be re-elected on his sound economic record of an average 5 percent annual growth, as well as for introducing free primary school education.
He has the support of his Kikuyu ethnic community, the largest of Kenya's 40 or so tribes, and is also popular in the northern and eastern provinces.
Odinga has the ardent backing of his western Luo community, but has also garnered support from other ethnic groups who think the Kikuyus have had it too good under Kibaki.
"I will support the outcome because Raila will win," said Kennedy Ochieng handing out bright orange ODM caps.
"ODM is for the people and for us young Kenyans without jobs. I don't fear any clashes, we have no fight with the PNU."