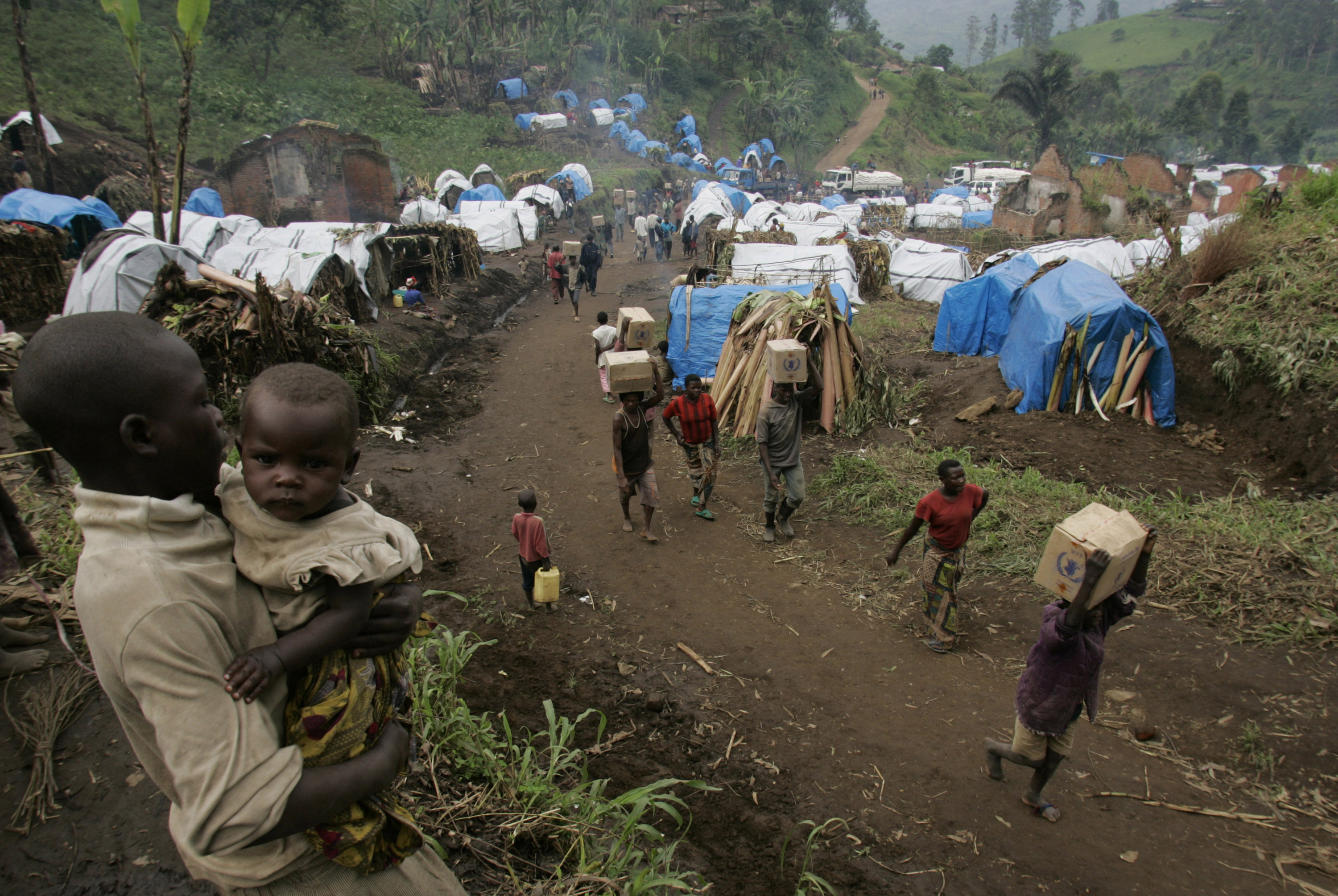 Fighting in eastern Congo this month has led to a surge in child abductions by armed groups who force minors to fight, carry ammunition or become their sex slaves, Save the Children said yesterday.
Children's rights campaigners including the British-based charity say most of the factions fighting in a complex web of conflict left behind in eastern Congo after the vast country's 1998-2003 war have used child soldiers.
Save the Children says it has demobilized nearly 7,000 children over the past three years, but some of them are being forced back into armed groups by a wave of recruitment since a government advance and rebel counter-offensive this month.
"The situation for children in eastern Democratic Republic of Congo is catastrophic. Fighters from all sides are using children as frontline fodder, raping young girls and attacking houses," Save The Children Country Director Hussein Mursal said in a statement.
Some children were kept captive in small holes in the ground as punishment or after being captured by enemy groups, it said.
Mursal told Reuters his organization had received more than 100 children in the last two weeks who had run away from armed groups, but could not estimate the total numbers involved.
"It's very difficult to know. What we see is the tip of the iceberg," he said.
Armed groups
This month's violence was mainly between the government army and rebel forces loyal to dissident Tutsi General Laurent Nkunda in North Kivu province.
But various other armed groups including traditional Mai Mai militia and Rwandan Hutu rebels who are accused of leading their country's 1994 genocide also roam Congo's eastern provinces.
Congo President Joseph Kabila's government has called a peace conference for Thursday in North Kivu's provincial capital Goma, but after a string of failed peace initiatives optimism is in short supply, and Nkunda has yet to say whether he will attend.
The fighting has forced tens of thousands of civilians from their homes, adding to an estimated 800,000 displaced people - around half of them displaced by this year's fighting alone.
"In the last week Save The Children aid workers have seen groups of children marching as part of militia forces, carrying weapons and bags. The charity continues to take in high numbers of boys and girls escaping from armed groups, who have been forced to kill on the front line or act as porters, spies or sex slaves," the statement said.
Battle hardened youths
Children previously rescued from armed groups are at greater risk because commanders seek out battle hardened youths, as many of them fail to reintegrate into family and community life due to lack of resources for care and schooling, Mursal said.
Mursal said some children had gone along with government forces to help carry weapons at a time of widespread pro-government sentiment when the army gained ground against Nkunda early in December.
"That is also a new phenomenon. I don't believe that they chose - they were coerced," he said.