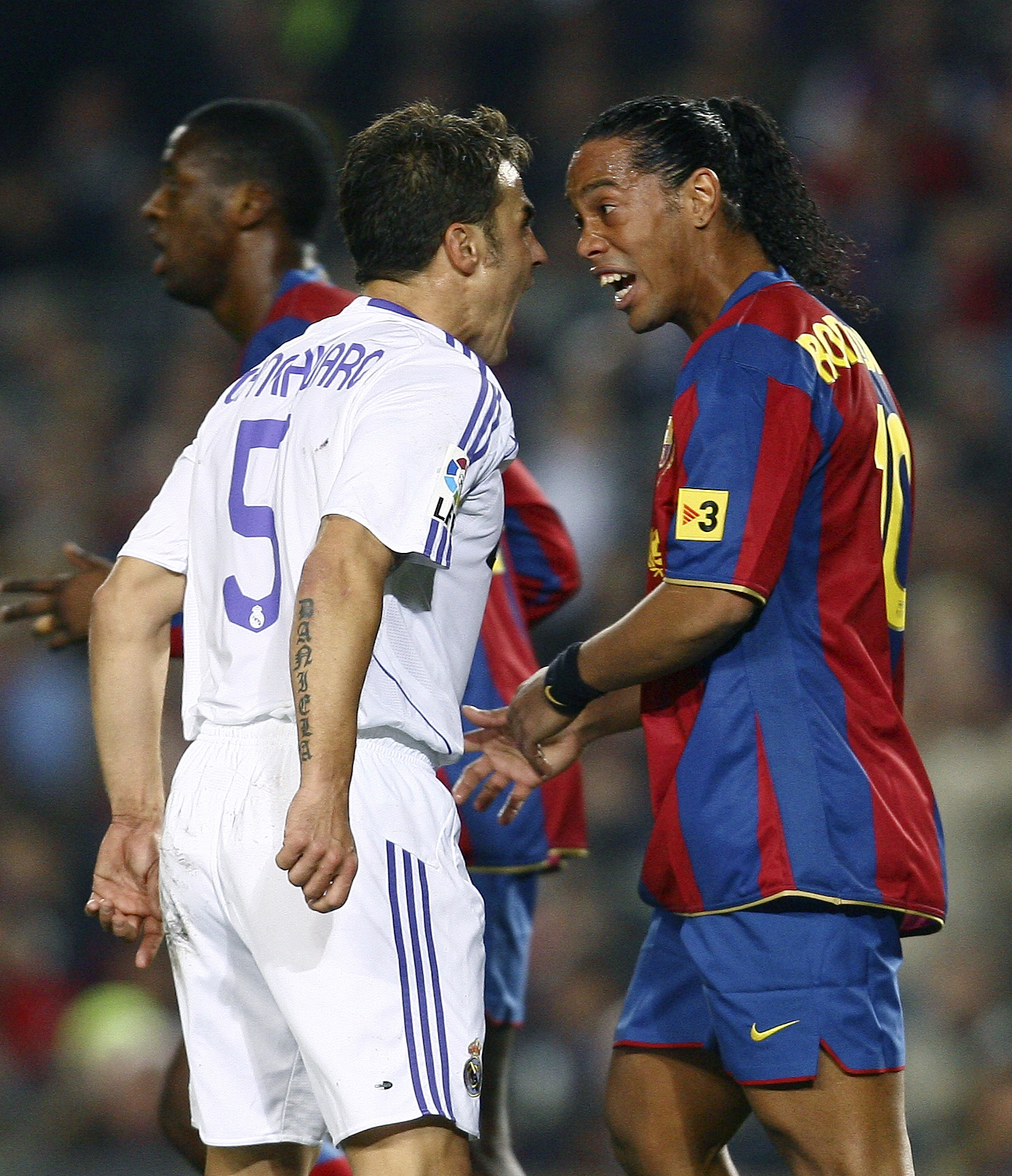 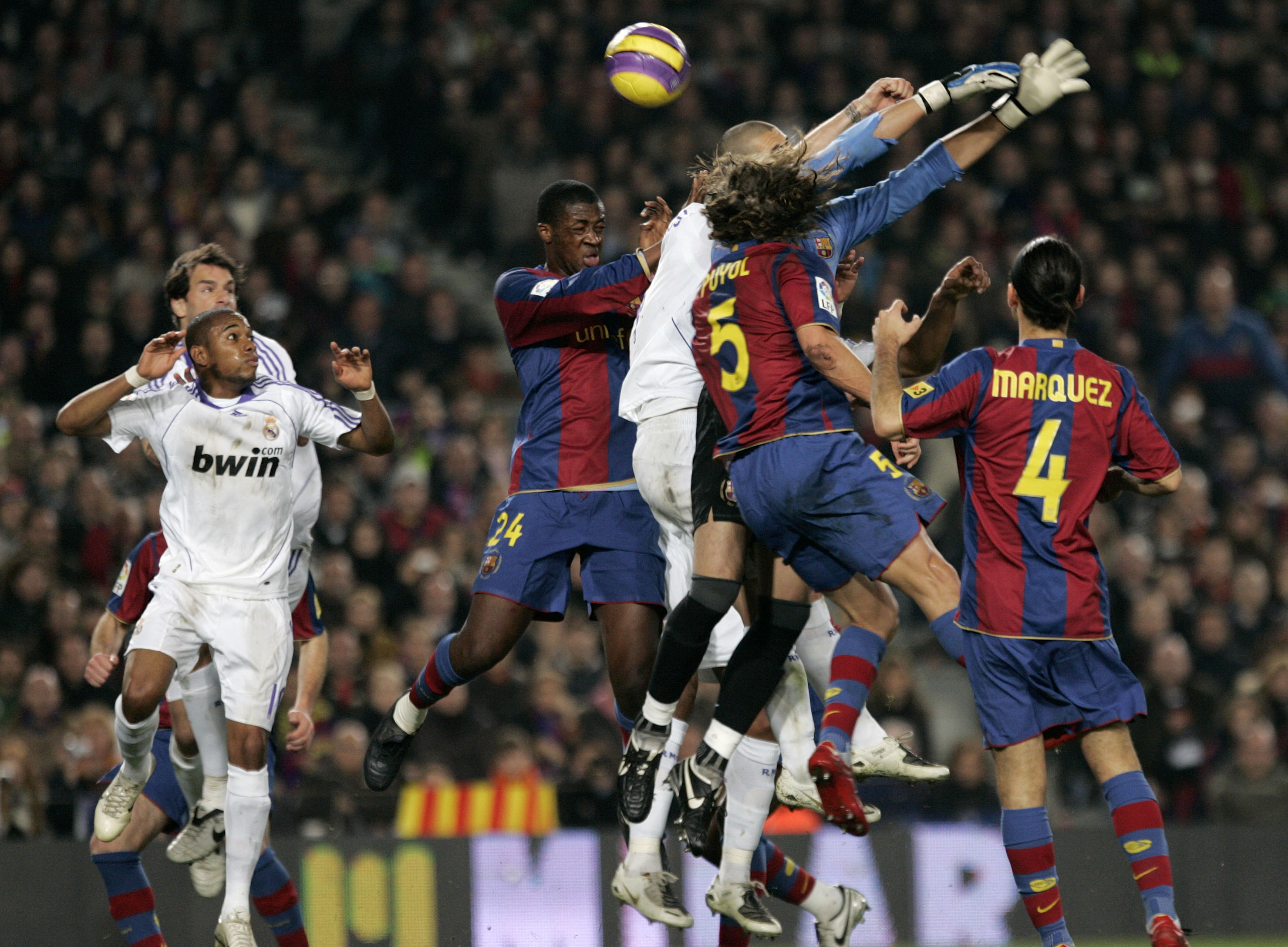 Julio Baptista gave Real Madrid coach Bernd Schuster the Christmas present he wanted by getting the only goal in a hard-fought 1-0 win over their bitter rivals Barcelona on Sunday.
The rugged Brazilian striker - nicknamed The Beast - found the net after 36 minutes to bring to an end to Barcelona's 100 percent home record in its Nou Camp stadium this season, both in La Liga and the Champions League.
"I thought we could have got a second goal. We had two or three good attacks in the second half but, overall, it's a fair result," said Schuster.
Real's triumph puts it firmly in atop the Spanish championship race and the club is now the overwhelming favorite to retain its title.
The 30-time Spanish league winner has 41 points from 17 games and has extended its lead to seven points over second-placed Barcelona.
"It's good to get the points but nothing's decided yet. Let's wait until the end of the season until we starting talking about trophies," said the ever-prudent Schuster.
His opposite number Frank Rijkaard was visibly disappointed at the outcome but tried to look on the bright side after the game.
"We were in the game right until the whistle. In fact, until the very last moment I thought we could get a point but they were very well organized at the back.
"However, I have the feeling that we played well, especially in the midfield and also at the back. We didn't give them many chances but we also lost too many balls at important moments," reflected the Dutch coach.
Neither side had many opportunities in a scrappy first 35 minutes in which the biggest scoring threats came from the free kicks of Real winger Wesley Sneijder.
Baptista then got the goal which changed the face of a game which generally lived up to its billing as El Clasico in terms of emotion and effort but not technical excellence on this occasion.
Van Nistelrooy saw Baptista darting down the left wing and chipped the ball across, leaving the speedy Brazilian to outpace his markers Carles Puyol and Rafael Marquez before half-volleying the ball over the head of Valdes.
"That goal came at a difficult moment. After they scored, it was easier for Real to sit back and defend," lamented Rijkaard.
The first 15 minutes of the second half saw both teams charge up and down the field but neither side appeared to have much idea about how to break down two well-organized defenses.
Casillas produced two fine saves from Bojan Krkic and Yaya Toure in the final seven minutes of the game but it was the closest the Catalan club came to getting an equalizer.
Rijkaard gambled with starting Ronaldinho but the two-time former World Player of the Year had little impact and was regularly stopped in his tracks by some good tackling by Real left back Sergio Ramos.
The defeat means that Rijkaard will also have to spend the two-week holiday period having to listen to a debate about his future.
The likes of Marco van Basten and Jose Mourinho have been regularly mentioned as potential replacements for Rijkaard if Barca fails to win a trophy for the second year in succession.
In other Spanish action on Sunday, second half goals from Raul Tamudo and Luis Garcia gave Espanyol a 2-1 win at Atletico Madrid and the Barcelona-based side moved up to third place in La Liga, just one point behind its illustrious neighbor.
Atletico scored first through a Simao Sabrosa free kick but ended the night with nine men.