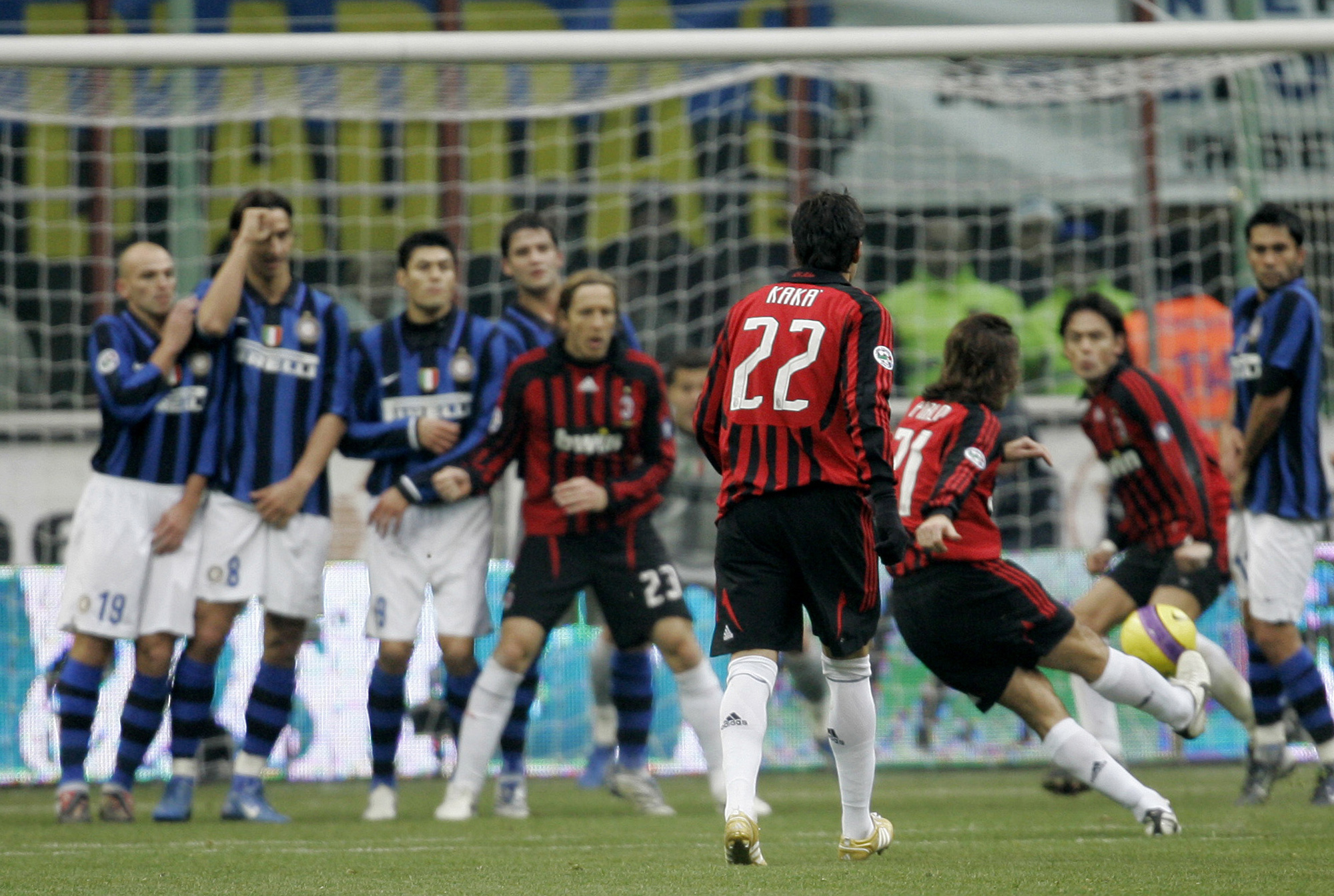 In a battle between the world's best and Italy's best it was the domestic champion Inter that beat AC Milan 2-1 at the San Siro in Sunday's first Milan derby of the season.
It was a match that had been eagerly anticipated since a week ago when Milan added the Club World Cup title to the Champions League crown it claimed back in May when beating Liverpool 2-1 in the final.
Ironically, though, while the world champion began with seven Italian internationals, Inter - living up to their full name Internazionale - fielded a starting 11 including nine South Americans and not a single Italian.
Whatever the make-up of its side, Inter has been unbeatable this season and goes into the three-week festive break with a seven-point lead over the chasing pack, while Milan, which has three games in hand, is 25 points off the pace down in 12th.
What's even more remarkable is that Inter has been injury plagued this season, particularly in midfield, and was counting the cost of this match as Walter Samuel left the game in the first half with an injured knee.
"It's very important to reach the winter break with a seven-point lead on the second-placed team, particularly with all the problems we've had," Inter coach Roberto Mancini told Sky Sport television.
Despite its success, Inter humbly formed a guard of honor to welcome its record-breaking opponent onto the field - last week Milan won its 18th international title, one more than Boca Juniors in second place.
"That wasn't forced on us, it came naturally and I think it was deserved," added Mancini of the guard of honor.
But then Inter knocked its cross city rival off its perch.
Inter pushed the pace in the early stages of the game but Milan looked dangerous on the counter-attack and striker Filippo Inzaghi earned a free kick on the edge of the box on 18 minutes after Colombian center-back Ivan Cordoba dragged him down.
Andrea Pirlo stepped up to sweep home a delicious curler into the top corner.
That sparked some life into Inter and it almost equalized two minutes later but Chilean midfielder Luis Jimenez grazed the bar with a shot from a tight angle after Argentine forward Julio Cruz's right-wing cross had not been dealt with by a panicking defense.
Quick response
Inter did find a way back into the game 10 minutes before the break in sumptuous fashion as Ibrahimovic and Esteban Cambiasso worked the ball to Cruz, who held off Clarence Seedorf's challenge before firing low past Brazilian goalkeeper Dida.
And that was despite Inter briefly playing with 10 men due to the injury to Argentine center-back Samuel.
Milan was possibly feeling the effects of last week's trip to Japan and made a string of early second half changes, with Italy striker Alberto Gilardino and Brazilian midfield pair Emerson and Serginho introduced into the fray.
Inter certainly looked the stronger side after the break and a seemingly innocuous shot from Argentine midfielder Cambiasso sent Dida the wrong way on 64 minutes to give the host the lead.
Late on Milan did start to exert some pressure but Brazilian goalkeeper Julio Cesar got down well to turn away World Player of the Year Kaka's fierce drive.
Emerson and Massimo Ambrosini then both missed gilt edged chances to equalize as Inter became jittery in the final moments.
Milan coach Carlo Ancelotti was not letting himself get too down, though.
"We're lacking a point in the standings because a draw would have been a fairer result," he said. "But we'll still have a good Christmas as we're world champions."