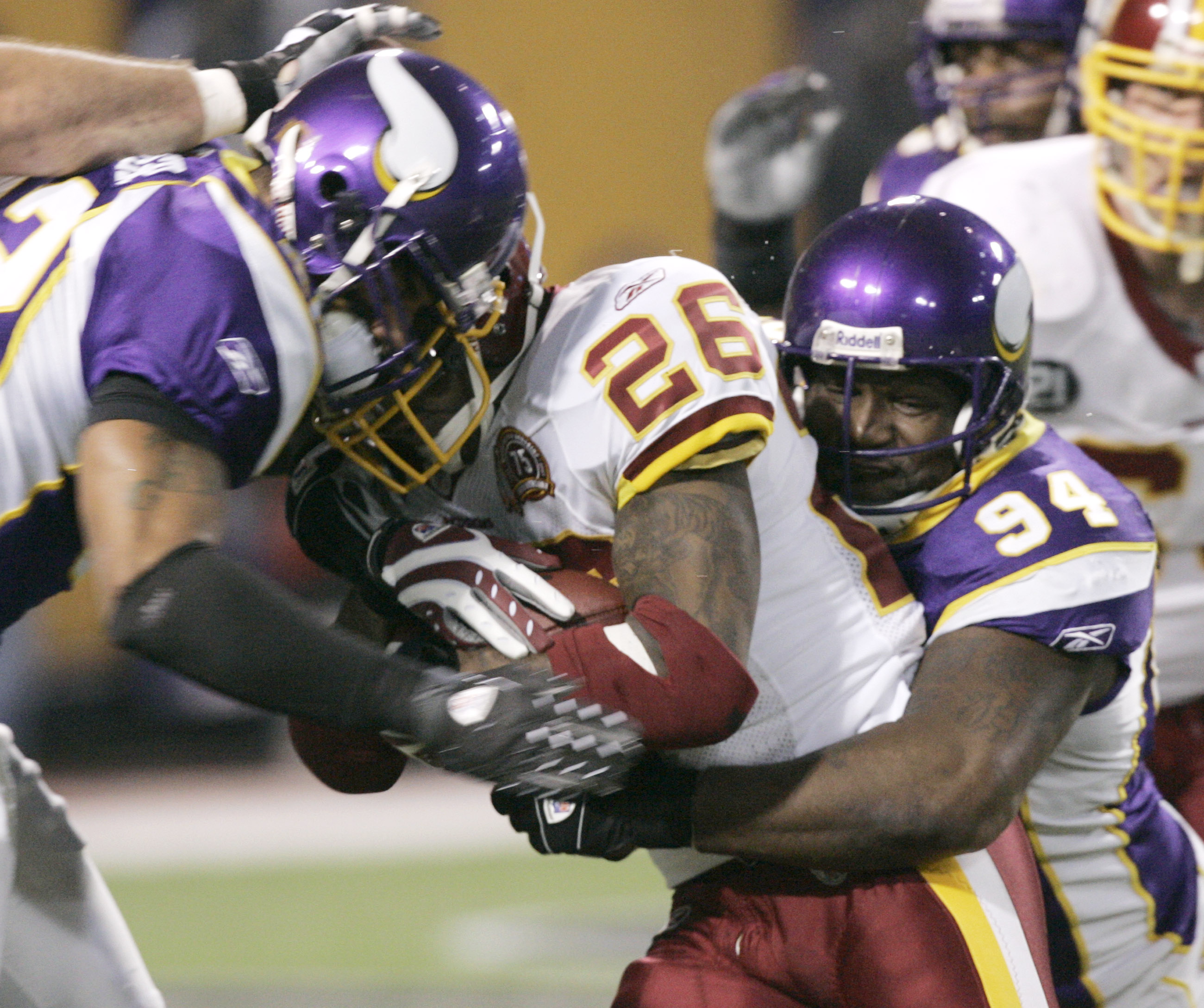 The New York Giants rallied for a 38-21 victory ovr the Buffalo Bills on Sunday to secure its third straight National Football League playoff berth.
Rookie Ahmad Bradshaw rushed for 150 yards and Brandon Jacobs added 145 as the Giants claimed their seventh straight road win, and also bounced back from a loss to Washington last week.
While they've had a roller-coaster of a season, the Giants join the New England Patriots, Super Bowl Champions Indianapolis and Seattle Seahawks as the only teams to make the playoffs in each of the past three seasons.
The Patriots, long assured of their postseason place, continued their march toward a perfect season with a 28-7 victory over the lowly Miami Dolphins.
New England on course
The Patriots became the first 15-0 team in NFL history and now stand one win away from the first perfect regular-season mark since the 1972 Dolphins went 14-0.
"It's great to be 15-0. I thought it was a great first half and our defense played really well," said Pats quarterback Tom Brady, who hit Randy Moss for two of his three first-half touchdowns.
"In the second half, we didn't execute as well as we wanted but fortunately we played well enough in the first half to create a big enough of a lead. The defense played great."
New England also matched its own NFL record by winning its 18th consecutive regular-season contest, tying the record they set in the 2003-04 seasons.
The Patriots can surpass that mark and complete a perfect season when they visit the Giants next Saturday.
As the Patriots continued their majestic progress in the penultimate week of the regular season, a handful of teams jockeyed for position behind them.
The Dallas Cowboys, who beat the Carolina Panthers 20-13 on Saturday, secured the NFC's top seed and home-field advantage throughout the playoffs when the Green Bay Packers fell 35-7 to the Chicago Bears on Sunday.
That means the Cowboys will be able to rest wide receiver Terrell Owens, who is nursing a sprained ankle, next week against the Redskins.
Two AFC playoff spots were clinched on Sunday as the Jacksonville Jaguars captured the fifth seed with a 49-11 thrashing of the Oakland Raiders.
Jacksonville ran roughshod over the lackluster Raiders, dominating every aspect of the game.
Steelers in
The Pittsburgh Steelers, who beat the St. Louis Rams 41-24 on Thursday, claimed the AFC North division crown when the Cleveland Browns fell to the Cincinnati Bengals 19-14.
In heavy winds that affected the passing game, Cincinnati used a strong rushing attack spearheaded by Kenny Watson.
The Browns still had a chance to snag the AFC's final playoff spot had the Tennessee Titans lost to the New York Jets.
Undecided spots
The Titans, however, declined to cooperate, and their 10-6 victory over the Jets means the AFC's No. 6 slot will be decided next week, when the Browns host the San Francisco 49ers and the Titans play at AFC South champion Indianapolis.
If the Titans beat the reigning Super Bowl champs - who are expected to rest quarterback Peyton Manning and other key starters for much of the contest - they will advance, regardless of the Browns' result.
In the NFC, the New Orleans Saints suffered a damaging 38-23 defeat to the Philadelphia Eagles.
That result left Minnesota in position to seize the second NFC wildcard berth, but the Vikings fell 32-21 to the Washington Redskins, who regained control of their playoff fate.
Todd Collins tossed a pair of first-half touchdowns and the Redskins held on to snap the Vikings' five-game winning streak.
The Redskins now can claim the final NFC playoff spot with a victory over Dallas next week, while the Vikings would need to beat Denver and also see the Redskins lose to advance.