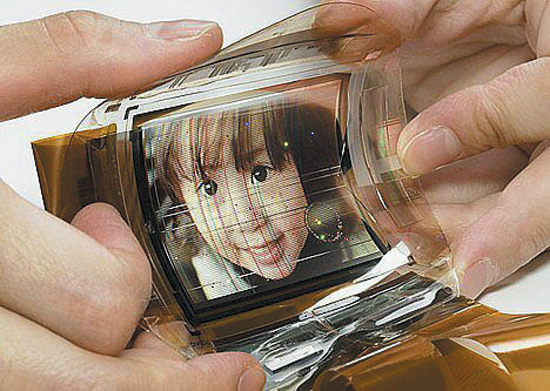 Mobile communication technology has become so common that owning a notebook computer (NB) is no longer a luxury. However, the most fragile part of a notebook is the display screen, and it is the most expensive to repair. Industrial Technology Research Institute (ITRI) has invented flexible display - the newest unbreakable display technology. This would allow notebooks to be less fragile.
The flexible display is the solution and future. The thinner layer can shrink or extend itself so that its soft nature actually allows notebook to be less fragile. During experiment, laboratory personnel hammered the display harshly. Still, there was no damage done on the display. Therefore, the display becomes unbreakable because it is made of different materials.
It is believed that this amazing breakthrough will allow users to enjoy their NBs more because they will not have to carry the laptops like carrying a baby. The NBs will not be fragile anymore.
The newly invented flexible display enables notebook computers to be unbreakable when they meet their biggest killer - falling down to the ground. The display still remains undamaged when testers drop the NB on the floor.
There are some key elements contributing to this invention. Change of materials is the most significant factor. In fact, material cost for making a flexible display is cheaper than traditional solid, concrete LCD. Besides, the flexible ones can be enlarged or shrunk up to the users' demand. Some applications are large billboard ads and pocket display. The smallest it can go is to put inside a pen.
The ITRI predicated that the flexible display will be launched approximately in 2010. This invention is estimated to have an output value of US$500 million, which is going to be a potential business opportunity, especially for global well-known NB brands.