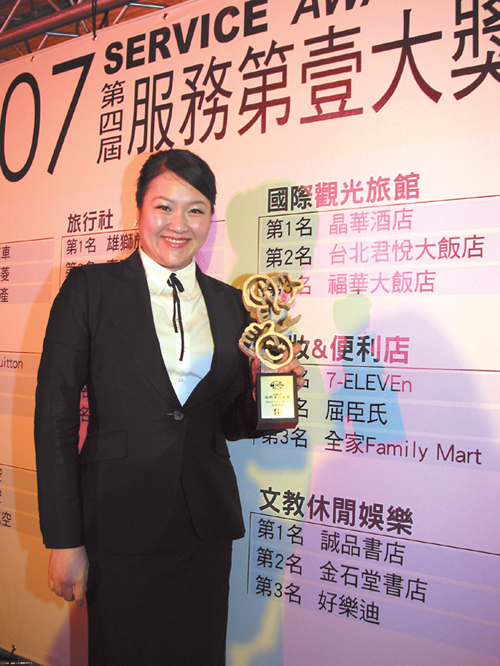 At the Fourth Annual Top Service Award hosted by Next Media Magazine, the nation's most popular weekly magazine, Grand Formosa Regent Taipei, a Four Seasons Hotel, once again took center stage as the Number One Five-star Hotel in Taiwan for the fourth consecutive year.
The award, voted by consumers based on the quality of service they receive in various industries, is a prestigious honor coveted by all, as it is a true representation of the degree of excellence exhibited. Since the very first Top Service Award in 2004, Grand Formosa Regent Taipei has been taking home the First Place every year. All associates at the hotel are elated to have won their company such a mark of distinction with their dedication and hard work.
Pictured is Executive Assistant Manager Ivy Liu at the Award Ceremony with trophy.