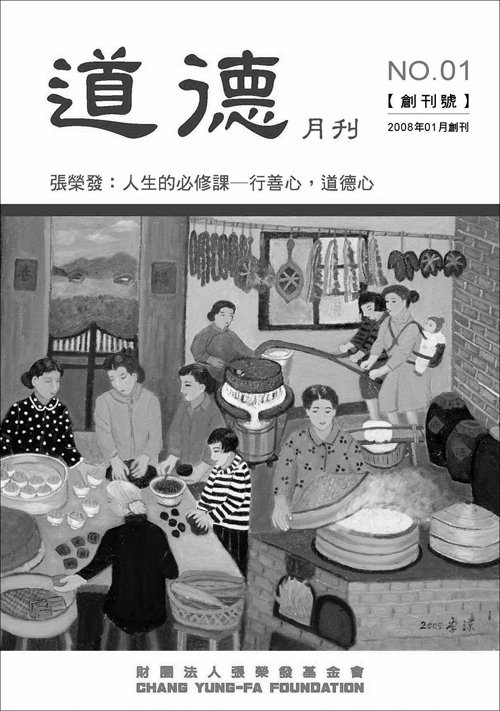 Concerned with the recent spate of social disorder and the decay in moral practices, a shipping magnate in Taiwan has sounded the warning bell by launching a magazine devoted to the propagation of the virtues.
Dr. Chang Yung-fa, founder and chairman of the Evergreen Group, named the new magazine the "Morals Magazine," which will be published by the Chang Yung-Fa Foundation. The first issue will hit the street on January 10, 2008.
Commenting on the present-day media reports which focused mostly on political intrigues and sensual episodes, Dr. Chang said many touching stories and positive events were either ignored or causing little social response. He said moral education should start from the young and for this purpose, he had prepared to launch this magazine for a year, hoping it would contribute to the promotion of a righteous society.
The magazine will carry vivid stories, easy to read texts and humorous cartoons, fit for readers of 9-year-old to grand parents. The core stories will extol the 12 virtues such as filial devotion, friendship, harmony, trust, humbleness, love, industriousness, enlightenment of intellect, moral fulfilment, public spiritedness, law-abiding and courage to promote moral enhancement and rejuvenation of a harmonious society.
The monthly will come in the pocket size of 12.8x18.2cm for easy carry. It is distributed free of charge. For further information call (02)2391-5176 or e-mail yfcf-ces@evergreen.com.tw.