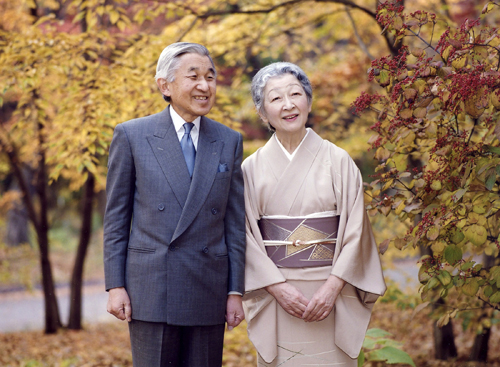 Japanese Emperor Akihito expressed concern about global warming in comments marking his 74th birthday yesterday, but declined to discuss issues in his family.
"Problems caused by global warming are emerging around the world, and there are concerns that they could have various impacts on the lives of people in the future," the emperor said in a press conference. But Akihito said he was encouraged to see increased international cooperation on the environment.
His comments were made Thursday and held for release yesterday.
However, on matters relating to his family - notably a stress disorder suffered by Crown Princess Masako - the emperor declined to talk in detail.
He said his past comments were "misinterpreted" by some in the media, and "I am worried about the possibility that my response to this matter can be again misinterpreted."
The emperor was referring to comments he made earlier this year that as crown prince he had never once made an overseas visit in a private capacity.
"Some interpreted my response at that time as a criticism of the crown prince and his family for recuperating in the Netherlands," he said, referring to a 2006 trip Crown Prince Naruhito and Princess Masako made with their daughter for two weeks. The trip was partly aimed at helping Masako recover from depression.
"That is not at all what I intended," the emperor said.
Japanese media said that it is unusual for the emperor to dispute media reports.
His comments came as Crown Princess Masako, 44, is gradually recovering from "adjustment disorder," which has kept her from most of her official duties and public appearances since 2003.
She was under intense pressure to bear a son, and suffered a miscarriage in 1999. Her daughter was born in 2001. Officials say Masako is gradually recovering.