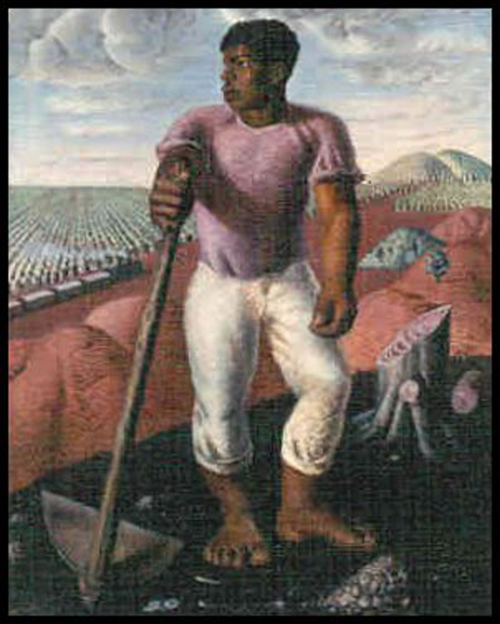 Thieves who stole a valuable Picasso painting from a Brazilian art museum this week apparently didn't have to work very hard. On Friday, officials admitted there wasn't much of a security system in place at the cash-strapped museum.
Thieves broke into the Sao Paulo Museum of Art - home to one of Latin America's most important collections - before dawn on Thursday and grabbed Pablo Picasso's "Portrait of Suzanne Bloch" and Brazilian painter Candido Portinari's "The Coffee Worker."
In just three minutes, they used a hydraulic jack to pry open the main door and a crowbar to smash a glass door, police said.
The museum, known as MASP, had no alarm system and no sensors. Video security cameras captured some of the raid but, since it had no infrared capability, the images were obscure.
Four unarmed guards were changing shift at the time of the robbery.
"It is absurd that the most important museum in Latin America was broken into with a crowbar and a jack," art expert Jones Bergamin was quoted as saying in O Estado de S.Paulo newspaper.
MASP president Julio Neves said the museum lacked the finances for a good security system.
"We don't have the resources for it. Now, we are going to update. We can improve some equipment," Neves, an architect who has run MASP for the past 10 years, told reporters at an official cultural event.
Despite its famed collection, the museum on Sao Paulo's central Paulista Avenue has been struggling financially. It closed temporarily in 2005 when its power was cut off for nonpayment of bills.
The total collection, which includes works from European masters including Velazquez and modern artists like Dali, was not insured, the museum said.
A MASP spokesman said earlier on Friday that until now, the museum had considered the security adequate.
"MASP opted for security by patrolling, with people and cameras. There is no alarm system and this has worked successfully for the museum's 60-year history," he said.
In October, two thieves tried to break into the museum but were spotted and fled. Police were working on the theory it might be the same gang who mounted Thursday's raid.
Sao Paulo state culture secretary Joao Sayad said security should have been the museum's No. 1 priority.
"We are annoyed and concerned," he said. "This complicates the administration of the museum, which is already suffering a financial crisis."
The Picasso portrait of singer Suzanne Bloch was painted in 1904 and is considered the last important work of the Spaniard's "Blue Period." Bergamin said it could be worth as much as US$50 million.
Portinari's "The Coffee Worker," painted in 1939 and featuring a laborer on a coffee plantation, is one of Brazil's best loved works of art. It is worth an estimated US$5.5 million.
His son, Joao Candido Portinari, called its loss "a real tragedy."
Police inspector Marcos de Moura, who is leading the investigation, said on Thursday that police suspected the robbery might have been ordered by a private collector who wanted the paintings for his personal enjoyment.
But Joao Portinari told Folha de S.Paulo newspaper that was unlikely and the thieves might try to ransom them.
The international police agency Interpol, which manages a database of stolen works of art, said it had alerted member countries to the theft of the two paintings.