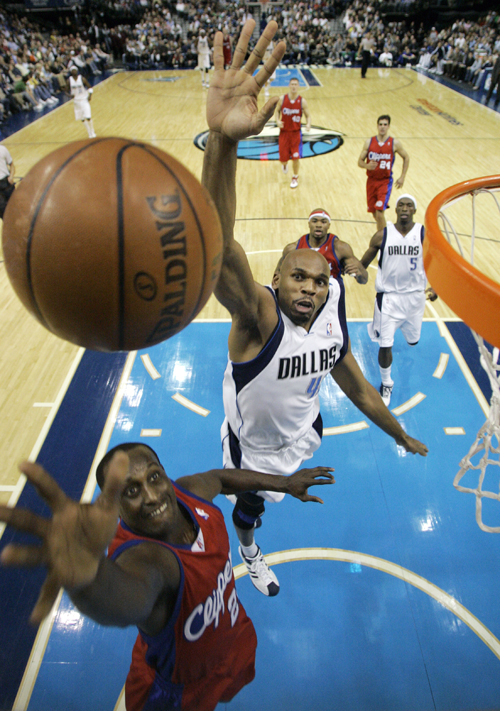 The long grind is over.
The Dallas Mavericks feel like they've played most of the NBA season in the last 32 days, squeezing 19 games into the most hectic block of scheduling this season.
They closed it out a lot better than seemed possible back in this torturous stretch's infancy. With Friday's 102-89 spanking of the Los Angeles Clippers, the Mavericks extended their winning streak to five games and reached 10 games over .500 (19-9) for the first time this season.
Dirk Nowitzki had 30 to pace five Mavericks in double figures and negate a huge game from Clippers center Chris Kaman, who had 24 points and 19 rebounds. It was Nowitzki's third consecutive game with 30 or more, the first time he's had three 30-pointers in a row since January of last season.
"We ended up pretty good after this stretch," coach Avery Johnson said. "We gave them some short-term goals, and our guys became very conscious about sliding into this part of season with a competitive spirit."
It was a workmanlike finish to the busy time. The Mavericks led by 12 at halftime, but some defensive miscues early in the third quarter allowed the Clippers to close to 60-57. Devin Harris stopped the bleeding, though, with the play of the game in one that featured several eye-poppers.
Harris reached in with both hands to get a clean steal off Tim Thomas. That ignited a one-man fast break that Harris finished with a nifty reverse layup and a 64-57 lead that increased to nine on the Mavs' next possession.
"They were ready to make a run," Johnson said. "Devin had a slow first quarter, but he made a good play and when he's playing well, and (Erick Dampier) is playing well, we're usually pretty good."
Though Dampier was blitzed by Kaman's huge night, the Mavericks aren't the first to be torched by the 7-footer. He has 21 double-doubles, tied for second in the league.
By the end of the third quarter, the Mavericks were back in control by double figures, and it was a matter of running out the final quarter without knocking off early for Christmas vacation. The Clippers got within seven at 88-81, but Nowitzki sparked the Mavericks to nine consecutive points to close it out.
It was an admirable finish to a frantic schedule in which the Mavericks never had more than one day between games. Worse, they started by losing six of the first 11 in the stretch, and tension was mounting.
Now, the holiday break - all four days before the team heads to Utah for a game Wednesday - will be festive.
The Mavericks finished their rugged stretch with a 12-7 record.
They attribute the pleasant state of affairs to a team meeting before the Utah game on December 8.
"Whatever our record is, are we that good? Are we that bad? Who knows?" Johnson said. "But I like since we had our little talk - as I would call it, before the Utah game - I like how they've responded. I told them, let me worry about all the long-term stuff. This is a great time for our young men. Have some fun, play some basketball and be competitive and play with a lot of energy and stay in the short term for right now. And they responded to our little talk."
In other NBA action: Utah 113, Orlando 94; Boston 107, Chicago 82; Atlanta 97, Washington 92; LA Lakers 106, Philadelphia 101; Charlotte 105, New York 95; Minnesota 131, Indiana 118; Detroit 94, Memphis 67; Portland 99, Denver 96; Seattle 123, Toronto 115.