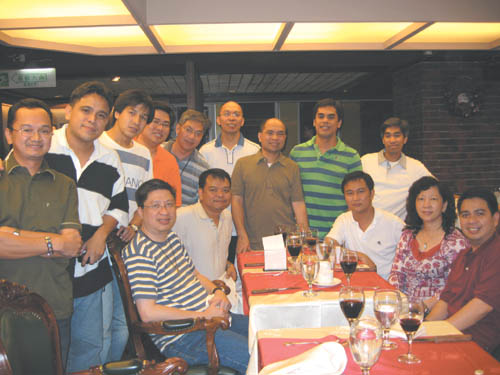 The Philippines' world-class export processing zones and industrial estates with their highly skilled workers, reliable infrastructure and quality lifestyle could serve as ideal regional manufacturing hubs and technological bases for Taiwanese enterprises waging aggressive expansion strategies in Asia, Philippine investment promoters said.
"We are your entry point to the ASEAN market," Richard Albert Osmond, chairman of the Calabarzon Regional Development Council, told Taiwanese entrepreneurs during a Taipei roadshow led by the Philippine Economic Zone Authority.
"Calabarzon" is a regional economic grouping comprising the five Philippine southern Luzon provinces of Cavite, Laguna, Batangas, Rizal and Quezon.
"Calabarzon could serve as your supply base for semi-processed components and raw materials. This region is home to many world-class industrial estates, boasts a vast pool of highly qualified human resources, and has a well-planned infrastructure. It also offers quality-lifestyle - from good education facilities and prime real estate to resorts and spas. Our tourism sector is flourishing."
In addition to Osmond, the high-powered team from the Philippines included Lilia de Lima, director general and chief executive officer of the Philippine Economic Zone Authority (PEZA); Tomas I. Alcantara, chairman of the Manila Economic and Cultural Office; Edgar Zamora, assistant vice president of the Philippine Ecozones Association (PHILEA); Dita Angara-Mathay, director for Commercial Affairs of MECO; and Nic Bautista, MECO deputy director for Commercial Affairs.
Hoping to close the deal with Taiwan's investors, PEZA's de Lima said the Philippines' export zones offer unbeatable incentives and benefits.
In fact, several hard-to-please multinational companies are already availing themselves of such perks by setting up shop in the export zones of Calabarzon, bragged Osmond. "The province of Laguna has been known as the 'Detroit of the Philippines,'" said the official, adding that auto makers such as Honda, Toyota, Isuzu and Nissan have already built manufacturing hubs in the area.
Semiconductor companies such as Philips, Fuji and Fastech have also established their operations in the province, making Laguna the "Silicon Valley of the Philippines," he continued.
Investor confidence in the Philippines is surging, and this is evident in last year's investment figures, PHILEA's Zamora said. The country attracted 271 billion pesos of investments in 2006, exceeding the government's target by 18 billion pesos, he said.
Currently, there are 187 Taiwanese companies successfully operating in the Philippines' special export processing zones including Acer, Orient Semiconductor and LiteOn, said Zamora.
MECO's Angara-Mathay described the Philippines as one of the fast-growing electronic hubs in Asia.
"Eight out of the world's top 30 chipmakers are now in the Philippines including Texas Instruments and Intel. Four of the largest HDD producers are also in the Philippines," said the official, adding that silicon design and development is also a budding industry in her country.
The Southeast Asian country's IT-enabled sector is also enjoying rip-roaring growth, rising by as much as 50 percent annually, MECO's Bautista said.
Business process outsourcing from medical and legal transcription services, computer graphics and animation to back offices that provide accounting and bookkeeping services is one of the Philippines' star industries.
Taiwanese companies should also consider setting up call centers in his country, Bautista said.
"We saw a 50 percent growth in our call center industry," he said, noting that companies such as Trend Micro, AOL, HSBC and Citi have already set up such centers in the Philippines.
In 2000, the Philippines only had four call centers. Today, the country boasts 146 centers employing more than 150,000 workers. The industry also saw its revenues soaring from US$20 million in 2000 to today's US$2.7 billion.
"The Philippines has an extremely competitive value-added manufacturing and service sectors," MECO Resident Representative Antonio Basilio said in an earlier interview. "It's an ideal regional hub for Taiwan's technology companies and manufacturers."