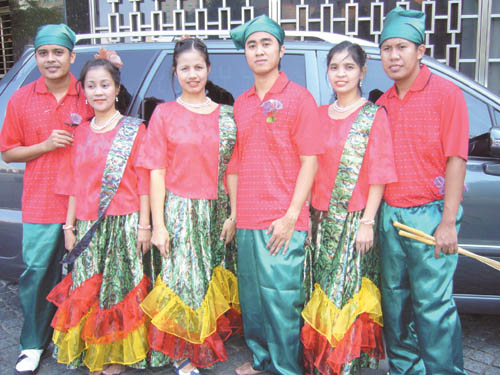 "Irregular migration" has become a topic of worldwide controversy in recent years. Whether it is concerned with the migration of Bangladeshis to India, Indonesians to Malaysia, Albanians to Greece, North Africans to Italy, or Mexicans to the United States, host country governments are rushing to define policies intended to curtail irregular immigration. It was estimated that 500,000 immigrants enter Europe annually. The U.S. Pew Hispanic Center estimates that the irregular urban labor force numbers 5.3 million people, and the irregular agricultural labor force numbers around 1.2 million individuals.
The number of irregular immigrants in the U.S. is estimated at roughly double the entire irregular population of Europe.
The global key issue surrounding irregular workers is the extent to which they are exploited, or discriminated against, in host country labor markets by being paid wages that are substantially lower than those paid to legal workers with identical characteristics. The International Labor Organization recently issued a decision (Case No. 2227) upholding the right of undocumented workers to freely associate. It also found that the withholding of a remedy for the violation is equivalent to denying the right itself. The UN Convention on Migrant Workers - it was adopted on December 18, 1990, and enforced on July 1, 2003 - calls on the public to show concern for irregular workers' rights.
The labeling of irregular migration is perhaps an indication of how the phenomenon is perceived. References to irregular migration in the media and in some public discussions commonly use the terms "illegal migration" or refer to migrants as "illegal aliens." The United Nations General Assembly resolution 3449 of December 9, 1975 recommended that the terms "non-documented" or "irregular migration" be used instead. The term "illegal" serves to criminalize migrants when in fact, infractions committed against migration laws are of an administrative, not criminal, nature. Referring to migrants as "illegals" puts the blame on migrants as violators, neglecting the fact that migrants can be victims, and that there are as many violations committed against migrants by the migration industry, employers, or even by the state.
Perhaps it is hard for the European (and American) public to accept irregular migration as a normal phenomenon. However, it seems people have a more comprehensive understanding as to why people cross borders and overstay in foreign lands. People from relatively poorer nations could have the need and the desire to migrate to richer nations to improve their lives. However, what is far more important in these migrants' stories is their determination and courage to survive and better the lives of their loved ones.
Questions and concerns surrounding irregular migration have only emerged more recently in Asia. What about Taiwan?
On October 16, a police officer allegedly tortured Vietnamese workers in a Taichung detention center. He allegedly forced the workers to stand under an air conditioner - set at 16 degrees centigrade - without warm clothing for four hours.
(The National Immigration Agency said it will conduct an investigation. It was an isolated case, it added. -Ed.)
Based on my personal experiences, I believe that such a case is not an isolated incident. I heard several stories of migrants who claimed that they were maltreated too. How do the police treat those TNTs? ("TNTs" stands for "tago nang tago" or "always in hiding.") What are their living conditions like in those detention centers? Behind all those reports of alleged abuses, we should be aware of how the public and the state treat "irregular migration."
The total number of irregular migrants in Taiwan reached 102,339 individuals from 1990 to 2006, and among them, 81,288 were repatriated. As of December 2006, there are 21,051 irregular migrant workers remaining in Taiwan.
The Taiwan authority calls them "illegal migrants" and the policy also treats them as "illegals." Just recently, the CLA announced that the appropriate authorities will be raising the reward to those who will be reporting "runaways" to NT$100,000 and that they will be imposing a heavier punishment on employers who hire illegal foreign workers. Defiant employers may be fined up to NT$750,000 and have their quotas reduced.
Nobody wants to stay in an undocumented status. Strict border policy makes it difficult for people from Eastern Asian countries to get visas to enter Taiwan. Irregular migration is a response to the restrictive duration of working permits, exploitation in the broker system, and bad labor conditions. Most irregular foreign workers in Taiwan are "overstayers." The private recruitment system makes migrants pay a lot in terms of placement fees. Because of the high placement fees, the most important thing for migrants is to prolong their employment. This renders them more likely to endure exploitation just to ensure the continuity of their employment or it might only force them to "run away."
Taiwan does not develop procedures to regularize irregular migrants. The general rule is that whoever needs a visa has to apply for it and pick it up while abroad. Taiwan has tightened its controls on marriages as a means to enter the country. Multicultural couples may need to undergo personal interviews with immigration officers who question the seriousness of their marital decisions.
It is important to recognize the determination of these workers to migrate to improve their lives and to acknowledge their structural vulnerability as migrant workers. It is only by doing so would we be able to make further policy recommendations to improve their legal status in Taiwan. Taiwan needs to act immediately and declare that irregular workers are covered by all labor-protective laws. "TNTs" are entitled to human rights too.
The writer is the general secretary of the Scalabrini International Migration Network-Taiwan. She also serves as a consultant to the Taiwan International Workers' Association. For comments, just write Lorna at lornakung@hotmail.com