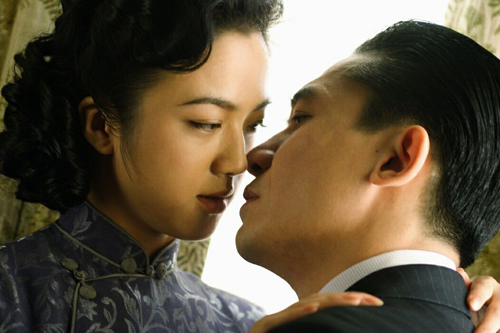 It's just a 10-second scene in the movie "The Pursuit of Happyness," the Will Smith flick about a struggling single father and his rise to success.
Smith's character is showing his son some basketball moves. An average moviegoer would hardly notice it. But China's censors did. In the background flutters the flag of Taiwan. So Sony Pictures had to go back and cut those images, even though they came amid key dialogue, before its release in China this year.
For U.S. movie distributors in China, there's no sense in bemoaning the censorship that allows only 20 foreign movies or so a year to be shown in China's movie theaters, often with severe editing of some scenes. The Chinese hold the keys to the theater. Do as they say.
Here's what happened to the latest James Bond flick, "Casino Royale." Remember that chase scene where actor Daniel Craig goes barging into the embassy of an African country? That was too much for China. After all, embassies are considered foreign territory, and China does not brook the idea that anyone, even James Bond, could violate it. So in the Chinese version, the embassy entrance is digitally altered to make it say "trading company," not embassy.
Then there is the scene where James Bond is stripped naked, placed on a chair with a hole cut out of the bottom, and tortured. That, too, was cut. China does not admit to torture, evidence to the contrary notwithstanding. So out come the shears. Snip. Snip.
The latest example of censors at work is on the new film by Ang Lee, the acclaimed Taiwanese director who won the best director Oscar for "Brokeback Mountain." That movie was never shown in Chinese theaters. The gay-themed movie was deemed too sensitive for Chinese cinema-goers.
According to this week's Beijing Review magazine, which just slid across my desk, Lee's latest movie, "Lust, Caution," is "too hot for Chinese audiences."
The movie is described as a sizzling spy thriller set in Shanghai. It earned an NC-17 rating in the United States, where it opens September 24 in Taiwan September 28 in the United States. That the movie is opening at all in China is rather surprising. But its premiere is slated for October 26. Initial media reports said 30 minutes had been cut from the movie to make it palatable for China's censors.
The Beijing Review cites Lee saying only six minutes will be cut. Unfortunately, Lee adds that it is the most "exciting part."
"Lust, Caution" will be released in Taiwan on Monday, September 24.