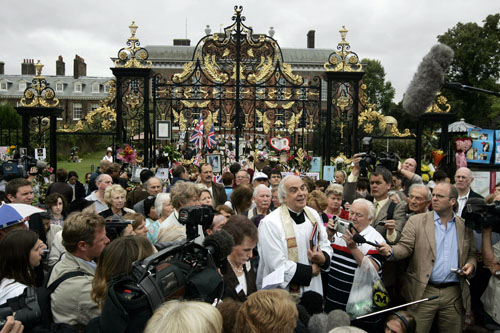 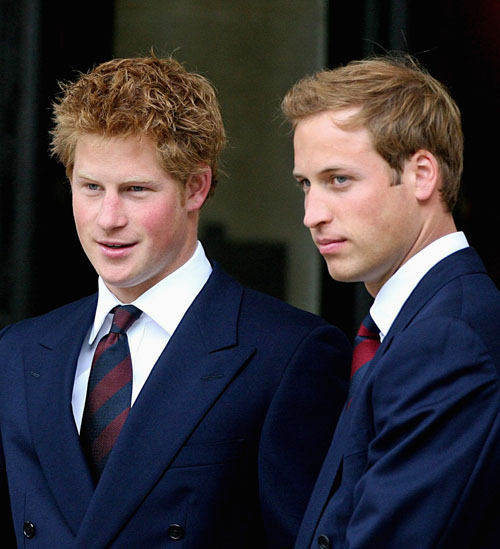 England's Princess Diana's family gathered yesterday to solemnly mark the 10th anniversary of her death, while admirers tied scores of bouquets, poems and portraits to the gates of her former home.
It was a day for broadcasting video snippets of one wedding and funeral; for rehashing the rights and wrongs of the failed marriage of Diana and Prince Charles. It was one more day for dredging up questions about how she came to die in a car crash in Paris with her boyfriend Dodi Fayed, and for the Daily Telegraph to publish an essay which explained "why we were right to weep for Diana."
Diana's sons, Prince William and Prince Harry, were credited with organizing the noontime service at the Guards' Chapel near Buckingham Palace marking the anniversary, but Charles was blamed by many for the furor over an invitation to his current wife.
Camilla, who was blamed by Diana for breaking up her marriage, decided to stay home. That decision followed quickly after the Mail on Sunday published a commentary by Diana's friend, Rosa Monckton, saying the princess would have been "astonished" that Camilla was invited.
"Actually, she would have been astonished to learn that her former husband had married his longtime mistress," Monckton wrote.
Camilla's first wedding, to Andrew Parker Bowles, had been at the Guards' Chapel.
A few hundred people had gathered outside by midmorning, in contrast to the masses who lined the route of Diana's funeral procession to Westminster Abbey 10 years ago.
"She reached our lives deeply, even in America. She brought life to the palace and warmth, and that's what the monarchy needed," said Arlene Fitch, 54, of Boston, one of the early arrivals.
Fitch and her sister, Marie Schofield, 46, from Florida, said they planned their vacation to be in London at the time of the service.
Diana's most ardent admirers tied scores of bouquets, poems and pictures to the gates of Kensington Palace, Diana's former home, but the display paled in comparison to the vast carpet of blossoms that accumulated in the days immediately after her death.