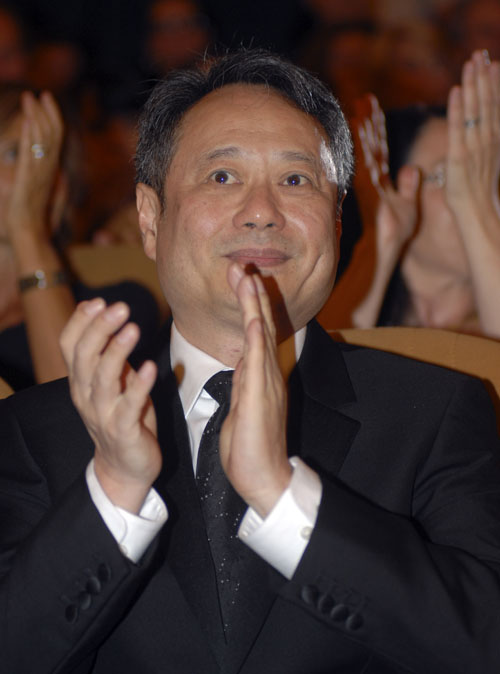 As effortlessly as film director Ang Lee swings between American and Chinese cinema, he has just as easily been caught up in political tensions between his native Taiwan and mainland China.
Lee returned to the Venice Film Festival on Thursday, two years after winning the top prize with "Brokeback Mountain," with an erotic spy thriller set against the backdrop of Japanese-occupied Shanghai during World War II.
"Lust, Caution" was originally tagged as a Taiwanese film, but the designation was later changed to Taiwan, China - angering Taiwan, which said it makes it appear the island is part of mainland China.
Taiwan's envoy to Italy Cheng Hsin protested against the change Thursday by turning down Lee's invitation to walk the red carpet at the film's premiere with Lee and its cast.
Lee called the change "unfortunate," but was at a loss to explain it.
"I don't really have much to say except that it has been changed from one to the other. If you can find out what's going on, please let me know," Lee told a news conference. "I just hope you enjoy the movie and let the movie speak for itself. You know where I come from."
The organizers said the country designation is decided by a movie's producers, and that they would change the listing on Lee's film if all the producers involved agreed.
Both China and Taiwan view Lee as their own - and it is easy to see how China would find pleasing nationalistic sentiments expressed in "Lust, Caution," which is vying for the top prize.
In the film, an idealistic young acting troupe in Hong Kong, driven by patriotic fervor, drafts a naive plot to assassinate a Chinese official collaborating with the Japanese during World War II. Their star performer, Wang Jiazhi, played by newcomer Tang Wei, delves into the role of seductress as an escape from the emptiness of her father's abandonment and mother's death.
Her pursuit of the cruel and aloof Mr. Yi, portrayed by Hong Kong actor Leung Chiu-wai, takes her from Hong Kong to Shanghai at the height of the Japanese occupation - and her deception becomes her reality.
"Only by pretending, can she reach the other side, that true self," Lee said.
The movie, based on a novella by the famed Chinese writer Eileen Chang, also features Joan Chen from "The Last Emperor" and Chinese-American pop star Leehom Wang.
Lee, who was born and raised in Taiwan before moving to the United States in 1978, said hopping between two worlds as a filmmaker has molded his cinematic sense.
"Actually going to the States and making American movies and (then) going back helped me understand that the romanticized China that I grew up with being told about by my parents was somewhat different than what I see today," Lee said.
He said he feels much more freedom in the Taiwanese-Hong Kong film industry "in terms of film language" - which in turn has influenced his American films.
"Lust, Caution," which contains explicit sexuality, has been given the restrictive NC-17 label in the United States, banning viewers under 17.
The film also does not shrink from graphic portrayals of violence. In a film era when special effects make death easy to underestimate, a scene where the students follow through on their threat to murder shows just how messy killing a human being actually can be.
Lee said he hoped that NC-17 designation would not discourage audiences from seeing his latest film.
"We hope to send the message in the U.S. that NC-17 is a respectable category and that it's not pornography. It's just unsuitable for children," Lee said upon arrival at the Venice airport.
With a running time of two hours and 36 minutes, Lee said, a shorter version would be made available in China. He did not say if the Chinese censors asked for any cuts.
The movie is due out in the United States and Taiwan at the same time at the end of September.