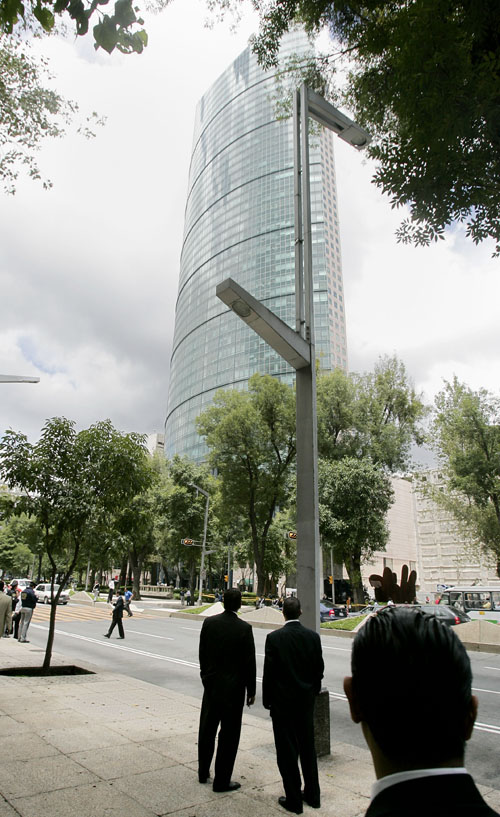 More than 10,000 people were evacuated Thursday from Latin America's tallest building where police found a small handmade bomb inside a car parked in the garage, authorities said.
A bomb squad retrieved the device - consisting of three metal tubes filled with gunpowder, cables and a cell phone, all tied together with tape - from the 225-meter Torre Mayor on Mexico City's main Reforma avenue, the city's Public Security Department said in a news release.
Had the device exploded, damage would have been limited mostly to the car, the department said.
The federal Attorney General's Office is investigating the incident but there were no initial claims of responsibility.
An unidentified person called one of the tower's offices to warn that a bomb had been placed inside a car on one of the building's 13 parking levels. The car was reported stolen, authorities said.
A total of 10,800 people were evacuated from the 55-floor building, which opened in 2003.