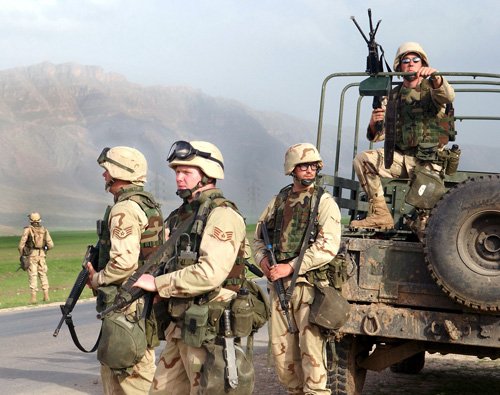 Constantine Rodriguez had just fetched chilli peppers and was going out to get some onions when he heard the siren for an incoming rocket. All he remembers was a door blasting open and a loud explosion.
A quiet man from the former Portuguese colony of Goa in southwestern India, Rodriguez was working at a Pizza Hut restaurant at Taji, one of the main U.S. air bases in Iraq, when he was caught up in an attack.
He is lucky to be alive, said Lieutenant-Colonel Matthew Martin, the surgeon who treated him earlier this month at the 28th Combat Support Hospital in Baghdad. Shrapnel took out an eye, pulverized one of his legs and damaged his torso. He lost a lot of blood, but surgeons were able to save him.
As he lay recovering in hospital, all he could think of was the new wife he had left in India when he went to Iraq last year, and the 7-1/2-month-old baby he had never met.
"I had gotten the capsicum. And I was going to get onions," Rodriguez told Reuters from his hospital bed. "I heard the siren ... What happened after I don't know.
"I don't blame anybody. Just take care of me and my family. One leg. One eye. What can I do with my family now?"
The Kuwaiti firm that employed Rodriguez, Al Homaizi, operates 11 Pizza Huts, 13 Burger Kings and five Taco Bells on American bases in Iraq, said Joe Petrusich, who runs the firm's Iraq restaurants.
It employs about 300 workers, recruited in Kuwait but nearly all from poor countries in Asia: India, Bangladesh, Sri Lanka, Nepal and the Philippines.
They are a small part of the vast army behind the army - the tens of thousands of "TCNs" - "third-country nationals" - hired to feed U.S. troops, wash their laundry, build their compounds and clean their toilets, for salaries of at most several hundred dollars a month.
The U.S. military says that by contracting out tasks like cooking and cleaning, it can provide its soldiers with a better environment at a lower cost.
For poor countries, allowing their citizens to work in Iraq has been controversial and often politically sensitive.
India has told its citizens not to work in Iraq since 2004, when three Indian contractors were kidnapped and demonstrators took to the streets at home complaining the government did too little to protect them.
But there is little a country can do to prevent its citizens taking work that pays much better than jobs at home.
Al Homaizi is Pizza Hut's franchise in Kuwait, with 45 restaurants in that oil-rich Gulf state, where nearly all workers are recruited from poor Asian countries. The firm offers staff at its Kuwait restaurants double pay if they go to Iraq.
For Rodriguez, that was the equivalent of about US$450 a month, enough finally to find a wife and start a family back in India after 10 years of working in Kuwait. The average per capita income in Goa is about US$1,100 a year.
"I'm very close to these guys. I've known all of them. I know we do everything we can," he told Reuters by telephone from Kuwait.