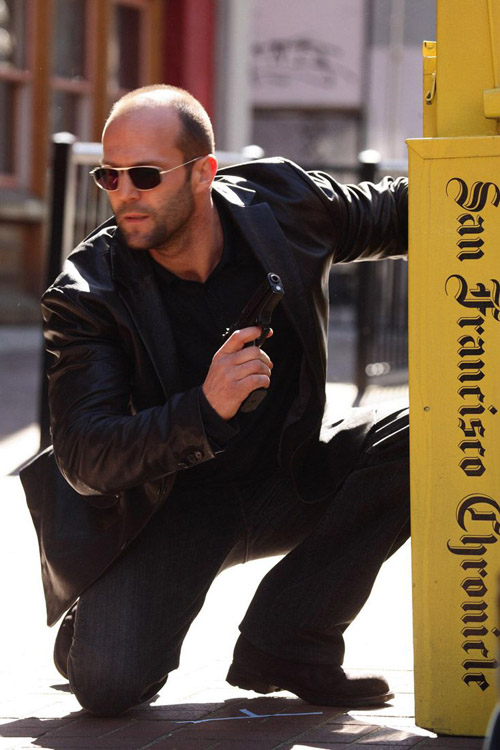 Matt Damon would have to swing his screen-writing Oscar like a club to have any chance in an alley against martial artists Jet Li and Jason Statham, the stars of the action-packed "Rogue Assassin," opening today.
With the help of MTV-style, quick-cut editing, however, Damon has kicked butt at the box office: "The Bourne Ultimatum" grossed US$131 million in its first 10 days. And with computer-generated imagery (CGI) at a level that can turn Tobey Maguire into "Spider-Man," any actor can become a superhero.
So are serously two-fisted actors like Li and Statham - heirs to the legacy of Bruce Lee, Jackie Chan, Chuck Norris and Sylvester Stallone - becoming an endangered species?
"When you see the actor doing the stunts and doing the fight sequences and you know it's them, it just feels so much better," says Statham by phone from Los Angeles. "There's a lot to be said for someone that's the real deal, rather than someone who sits in a chair and lets the stunt man do the work."
The 34-year-old Statham - a one-time Olympic diver for England who's starred in the "Transporter" films, "Lock, Stock and Two Smoking Barrels" and "The Italian Job," among others - used his training in mixed martial arts for his role as an FBI agent bent on avenging the murder of his partner in "Rogue Assassin." He has his hands - and legs - full keeping up with Li, the five-time Chinese kung fu champion and reigning martial arts star who plays the object of his vendetta, a mysterious assassin named Rogue.
But as long as big-budget blockbusters rule Hollywood, studios prefer to lean on special effects and star power.
Meanwhile, many prototypical shoot-'em-ups and punch-'em-ups are "going direct to DVD now," says Gene Ching, associate publisher of Kung Fu Tai Chi magazine. "That's much more viable given the marketing money it takes to fire up a movie for theatrical release."
There's also a dearth of young blood who can physically carry a movie. Industry insiders pin some hope on Tony Jaa. But while Jaa managed a four-minute fight sequence filmed in a single shot for 2005's "The Protector," he couldn't perform the feat of getting mainstream audiences to watch. The movie earned just US$12 million in the U.S.
"There's no one who's a real iconic action star," says Brandon Gray, publisher of Box Office Mojo, an online box-office reporting service. "There's a void on that front. And while there have been attempts to fill it, none has quite stuck."
So Hollywood has tried bringing back old legends: Bruce Willis in "Live Free or Die Hard," Chan for "Rush Hour 3" and Stallone in the upcoming "John Rambo."
Arnold Schwarzenegger is busy running California. Someone else is eventually going to have to save the day for action fans.
"You can't be doing martial arts movies when you're in your 60s," says Statham. "At some point you have to hang up your hat and the let others do it. But the others haven't come through.
"I'm quite happy," he says laughing, "to be one of the few (expletives) out there!"