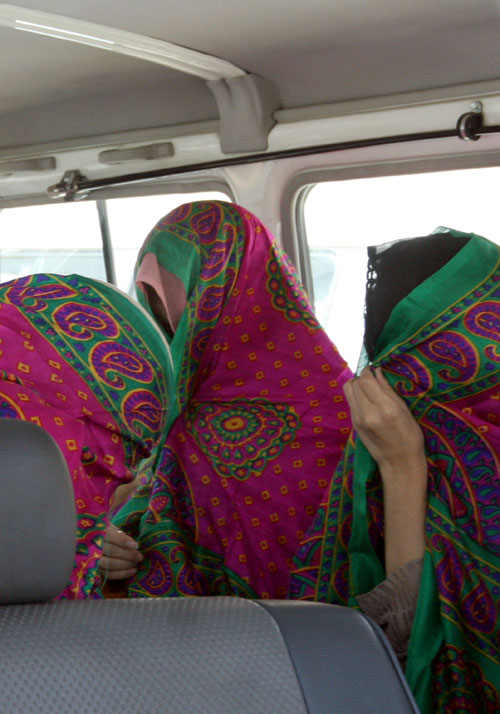 Taliban militants yesterday released 12 of 19 South Korean captives as part of deal struck with the South Korean government to resolve a hostage crisis that began almost six weeks ago.
The agreement, reached in direct talks Tuesday between South Korean diplomats and the Taliban, was criticized by one Afghan government minister amid concerns it could embolden the insurgents at a time of rising violence in the country.
The hostages were released into the care of officials of the International Committee of the Red Cross at three separate locations in central Afghanistan close to the city of Ghazni, an Associated Press reporter who witnessed the hand-overs said.
The insurgents have said they will free the remaining hostages over the next 48 hours. They have not stated the reason for the staggered release, but one factor is believed to be logistical difficulties related to the fact that the captives are being held in different groups far from each other.
To secure the release of the church workers, South Korea reaffirmed a pledge it made well before the hostage crisis began to withdraw its troops from Afghanistan by the end of this year. Seoul also said it would prevent South Korean Christian missionaries from working in the country, something it already promised to do.
The Taliban had been demanding the release of militant prisoners in exchange for freeing the hostages. Afghan officials had ruled out any exchange, saying such a move would only encourage further abductions.
The Taliban originally kidnapped 23 hostages as they traveled by bus from Kabul to the former Taliban stronghold of Kandahar on July 19. In late July, the militants executed two male hostages, and they released two women earlier this month.
Analysts said the Taliban had emerged from the hostage crisis with greater political legitimacy despite apparently not receiving all that they were demanding.
"Taliban now have diplomacy, they have got spokesmen, they value cameras, they have a political dimension for their movement, and their aim is to be recognized as legitimate," he said.