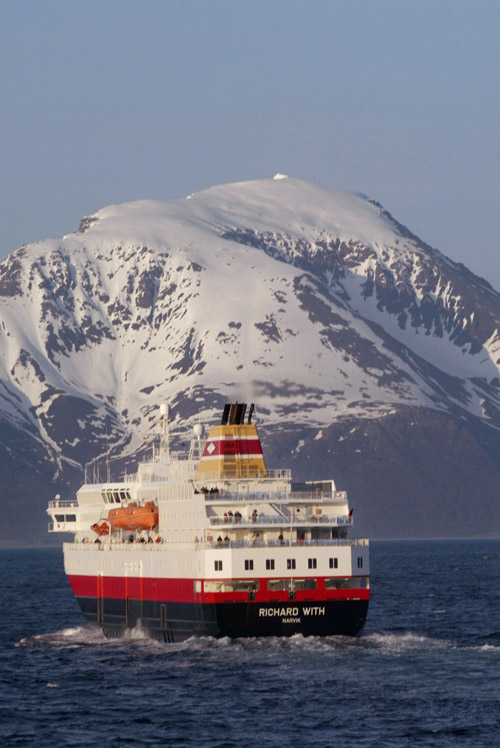 Located more than 220 miles north of the Arctic Circle, this surprisingly sunny and cheerful little city likes to boast that it has the northernmost university in the world. Also the northernmost brewery and the northernmost Burger King.
In 1989, Tromso was able to claim the northernmost papal visit when Pope John Paul II flew in for a quick mass. And earlier this summer, a golfer on the local links carded the northernmost hole in one.
Boosters of Tromso are now taking aim at a new target: They want to host the northernmost Olympic Games in 2018, fully aware that staging the Games in the Arctic would undoubtedly pose some unique logistical problems.
"The Arctic is an undiscovered area for most people. We are hoping the selection committee will choose us because we think we represent something quite different from the usual winter resort," said Erlend Rian, an adviser to Tromso's Olympic bid committee and the city's former mayor.
During the summer months, Tromso draws a few tourists who come to enjoy the white nights and midnight sun. But during the winter months the opposite conditions prevail. The sun sets on November 21 and doesn't rise again until January 21.
How would the International Olympic Committee feel about holding the Games in darkness?
The IOC, which will select the location of the 2018 Winter Games in 2011, had no comment on Tromso's potential bid. "The process for 2018 has not even started yet," said Sandrine Chabert, an IOC spokeswoman contacted in Lausanne, Switzerland. But Tromso's bid promoters are confident that solutions can be found to the daylight issue or any other concerns.
Right light
Rian points out that the Games in 2018 are supposed to start February 16, almost four weeks after the sun returns. If the committee could be persuaded to push it back just one week, Tromso would have seven or eight hours of sunlight each day.
Rian also notes that a growing number of events in the Winter Olympics, including some ski jumping and slalom racing, now takes place at night under artificial lighting.
Yes, but isn't it also incredibly cold in the Arctic during the winter? January temperatures in Barrow, Alaska, at about the same latitude as Tromso, average about 14 degrees below zero and occasionally dip to 50 below. But Tromso is warmed by the currents of the Gulf Stream. Its deep-water port remains ice-free throughout the year, and the average January temperature is a balmy 25.
One might also ask why a small city of 60,000 would want to add enough hotel rooms and other accommodations to house roughly the same number of visitors and athletes - rooms that would likely never be needed again. But even to this question, Rian has a perfectly reasonable answer.
With its university and with an increasing international interest in Arctic exploration, Tromso is actually one of Norway's fastest-growing cities. The 4,000-unit Olympic village needed to house the athletes could be designed for easy conversion into suburban housing after the Olympics.
As for the spectators and the large army of media that would descend on the Games, Tromso is planning to build four hotels while accommodating the overflow in however many luxury cruise ships are needed.
Tromso's harbor is large, deep, breathtakingly beautiful and within an easy walk of almost everything in this compact city.
Not everyone in Tromso thinks hosting the Olympics is such a great idea. Bladet Tromso, the local daily, has run stories raising questions about the environmental impact of such a large event and about the wisdom of spending a lot of money on what amounts to a relatively frivolous and fleeting adventure.
But most residents seem to favor the idea.
"Even though this is the Information Age and the 21st century, people still have stereotyped views about living above the Arctic Circle. This could be a window of opportunity to show the world that we have four seasons and a modern society," said Stein-Gunnar Bondevik, communications director at the University of Tromso.
The Tromso 2018 committee has already spent US$3.3 million to prepare its bid. It wanted to compete for the 2014 Olympics, awarded to the Russian Black Sea city of Sochi earlier this year. But the Norwegian government ultimately decided against 2014, figuring that it was too close to the 1994 Lillehammer Games, the last Olympics hosted by Norway.
This time around, a Norwegian bid seems more likely. The Norwegian Sports Confederation has already endorsed Tromso's bid over competing ones from Oslo/Lillehammer and Trondheim.
Global warming factor
Next spring, the government's Ministry of Culture and Church Affairs will make a recommendation to the parliament on whether to proceed with the bid.
If the Norwegian government decides to go ahead, Rian said Tromso's stiffest competition would come from Munich and possibly Denver, but Denver is likely to bid only if Chicago fails to win the 2016 Summer Games.
According to Rian, Tromso's ace in the hole is the guarantee of snow. Because of global warming, this is something the traditional winter resort areas can no longer guarantee.
"Our bid will have lots of meteorological data," Rian said. "In years to come, what will winter look like? Nobody knows for sure, but at least in Tromso, you can still be sure of being able to have Winter Games."