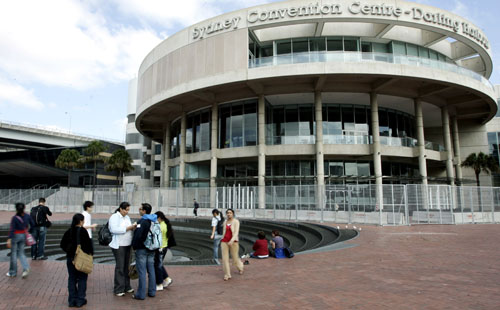 Australian security officials said yesterday they had received no intelligence of a terrorist threat to the Asia-Pacific leaders summit in Sydney next week, but had launched the country's biggest ever security operation.
Australia's counter-terrorism alert remained unchanged at medium, which meant a terrorist attack could occur, said security officials during a display of security on Sydney Harbour. "That was the threat level we moved to immediately post 9-11, it hasn't changed," said Andrew Scipione, New South Wales state police commissioner from Saturday.
"There has been no intelligence of recent times that would tell us we would need to change that level of threat," Scipione told Reuters.
If intelligence indicated an attack was likely, Australia would elevate its alert status to high, one short of the maximum alert that an attack was imminent or had occured.
Australia, a staunch U.S. ally, has never suffered a major peace-time attack on home soil, although 92 Australians were among more than 220 people killed in bombings on the Indonesian island of Bali in 2002 and 2005.
The Australian government has spent 169 million Australian dollars (US$137 million) in the past six years preparing security operations for the Asia Pacific Economic Co-operation week of September 2-9, Attorney General Philip Ruddock said yesterday.
"There's no doubt that APEC is the largest dignitary protection event we have ever hosted," said Ruddock.
A total of 21 leaders, including U.S. President George W. Bush, Russian President Vladimir Putin and China's President Hu Jintao, will attend the APEC leaders' meeting on September 8-9.