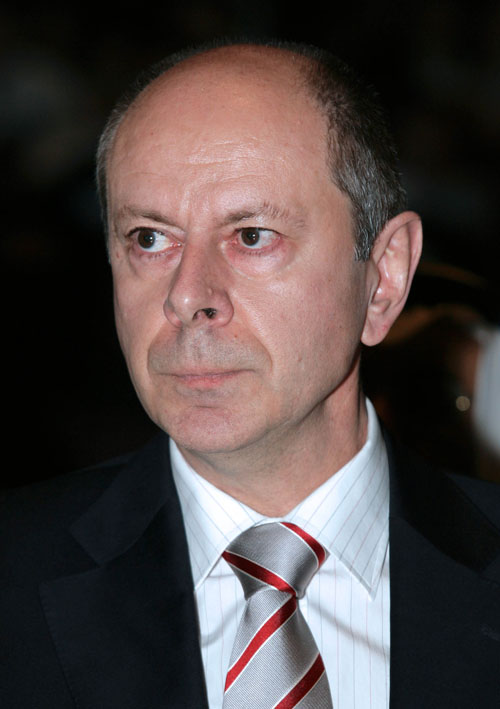 The International Monetary Fund will find out this week who the candidates are for the post of managing director, in a race marked by open dispute over how the process is conducted.
The IMF has set a Friday deadline for nominations to succeed managing director Rodrigo Rato, stressing the winning candidate could be a national of "any" of its 185 member countries and pledging a transparent process based on merit.
This despite the unspoken, and increasingly scorned, agreement that Europe chooses the head of the IMF and the United States selects the president of the World Bank, a tradition begun in the 1940s with the creation of the two Bretton Woods institutions in the aftermath of World War II.
Until last week, a former French finance minister, Dominique Strauss-Kahn, was the sole candidate to succeed Rato at the Fund, which promotes the stability of the global financial system and offers rescue loans to distressed countries.
The European Union quickly nominated Strauss-Kahn in early July, shortly after Rato, a former Spanish finance minister, announced he would step down in October, almost two years before his term ends.
Russia abruptly challenged the EU nomination last Wednesday, proposing former Czech prime minister and central bank chief Josef Tosovsky, the head of the Financial Stability Institute for the Bank for International Settlements in Switzerland.
Russia clearly threw down the gauntlet. Russian Finance Minister Alexei Kudrin said: "As soon as the election process started, it quickly became clear that the unwritten rule about the EU candidate would be used. Not everyone agrees with this ... it's unfair."
The unexpected move drew swift condemnation from the Czech government, which reiterated support for the EU's choice of candidate.
The Group of 24 developing countries, including Brazil, China and India, has long called for the IMF and the World Bank to replace the six-decade practice with an open process that reflects the current realities of an increasingly globalized economy.
The IMF's board of executive directors - which represent the IMF member countries on a basis weighted by their IMF shares - will pick the Fund's next leader. The board said it would invite the nominated candidates to the Fund's Washington headquarters for talks shortly after Friday's deadline at midnight (Saturday at noon, Taiwan time).
The United States is the largest shareholder, with 16.79 percent, and other wealthy nations hold large stakes.
The U.S. has declined to publicly take sides in the race after Tosovsky's nomination. The Treasury said U.S. Secretary Henry Paulson, who called Strauss-Kahn "a strong candidate" when they met last month, "looks forward" to speaking with any of the candidates.
However, a candidate without the backing of the U.S. and the European Union has a slim chance of winning, experts say.
Rato's exit comes at a sensitive moment as the Fund struggles to find its bearings amid internal reform launched by Rato himself in 2005 and as a rising number of countries opt not to borrow from it.
In a scathing editorial Tuesday, the Financial Times condemned the EU for selecting Strauss-Kahn, both on the candidate's merits and for the way it was handled.
The influential British business newspaper said only those who wanted the IMF "to be irrelevant" could applaud the 27-nation bloc's decision to "foist" Strauss-Kahn on the institution.
"Emerging countries no longer understand why Europeans should determine who might dictate to them in any crisis, as if their old empires still existed.
"Worst of all, no genuine European interest is served by forcing on the Fund a man who is neither qualified nor legitimate," the FT wrote.
"Europe's insistence on the old carve-up of the Fund and the World Bank with the U.S. is as arrogant as it is foolish."