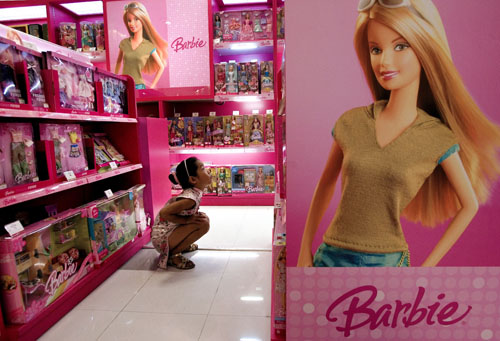 China launched a nationwide campaign yesterday to weed out unqualified toy makers in the wake of a massive worldwide recall of Chinese-made toys.
The plan comes two weeks after Mattel Inc., the world's largest toy maker, recalled almost 19 million dolls, cars and action figures made in China because they contained lead paint or tiny magnets that could damage organs if swallowed by children.
Chinese officials have promised stricter supervision of the industry, but have also blamed what they say are varying global quality standards and faulty U.S. designs.
"An examination will be conducted across the country on licensed Chinese toy producers and exporters to clear out those unqualified ones," the China General Administration of Quality Supervision, Inspection and Quarantine said on its Web site. "Export toy quality certificates will be revoked for those companies who are found to have serious problems in quality management and product safety control," the quality watchdog said.
Chen Xitong, an official with the quality administration, said the program would begin yesterday. Chen but did not give any other details.
Toys are among a long list of Chinese-made products - from juice to toothpaste - that have been found to contain high levels of chemicals and toxins, triggering worldwide concerns and numerous recalls.
The Mattel recall centered around 18.2 million Batman and Polly Pocket dolls, and Barbie play sets, which were pulled from the shelves because of a revision of international standards in May that required safety warnings for toys with magnets or magnetic components not attached tightly.
No injuries were reported in connection with the recall.
Li Changjiang, who heads the quality watchdog, said the recalled toys made up a small part of the 22 billion toys exported from China last year.